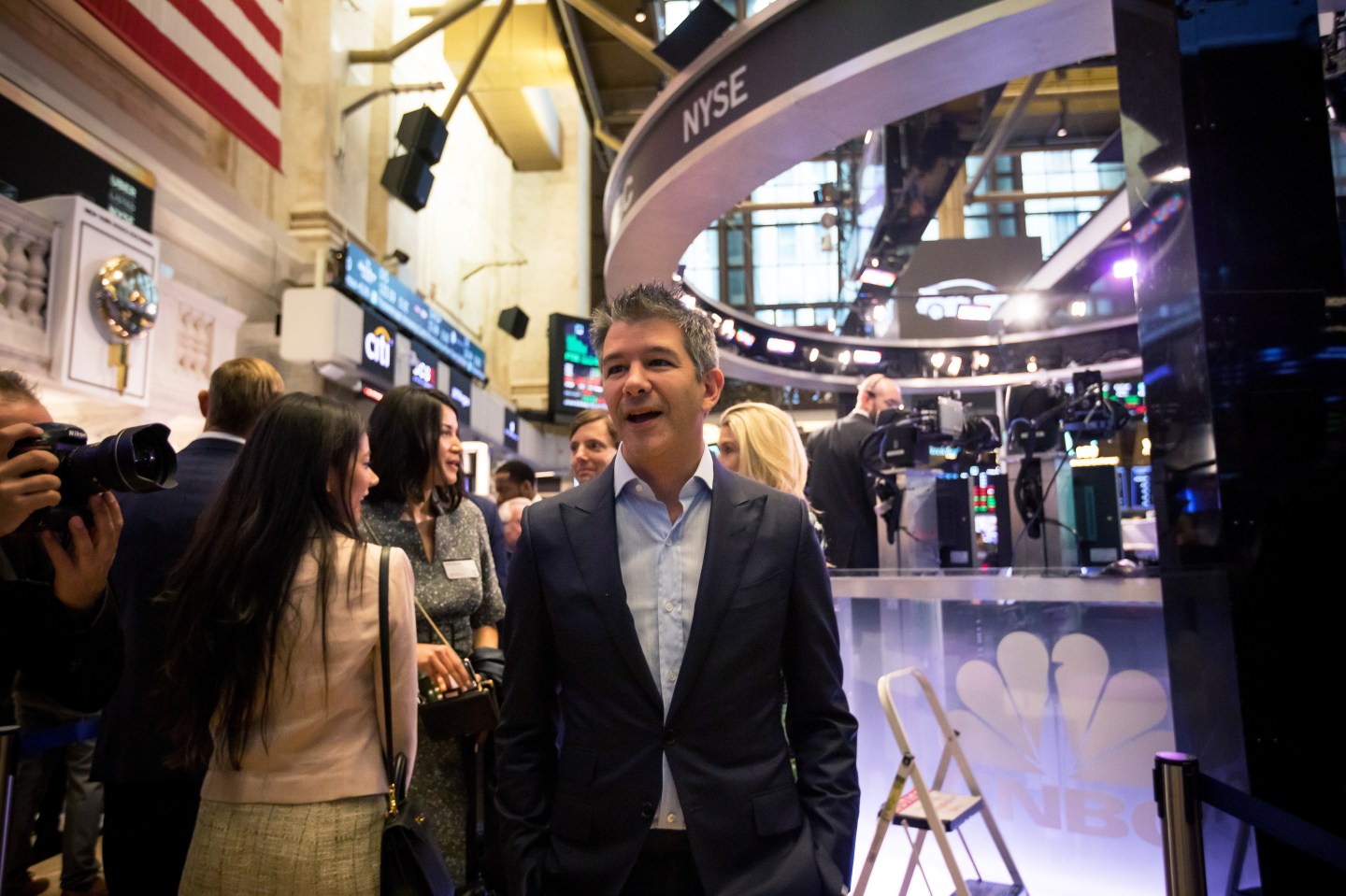 Travis Kalanick, founder and former chief executive officer of Uber Inc., center, stands on the trading floor during the company's initial public offering (IPO) at the New York Stock Exchange (NYSE) in New York, U.S., May 10, 2019. The No. 1 ride-hailing company's shares will start trading on the New York Stock Exchange after it raised $8.1 billion in the biggest U.S. IPO since 2014, pricing shares at $45 each. Photographer: Michael Nagle/Bloomberg via Getty Images
Michael Nagle—Bloomberg/Getty Images

The Uber Technologies Inc. co-founder unloaded $350 million more of stock this month, bringing his proceeds to more than $2.1 billion since a share lockup ended Nov. 6.

The 43-year-old’s remaining stake in the ride-hailing company now constitutes about a fifth of his $3 billion fortune, according to the Bloomberg Billionaires Index, down from about 75% before the lockup.

Co-founder Garrett Camp also has reduced his stake, though not on the scale of Kalanick. He’s sold about $35 million of shares, a fraction of his $2.1 billion holding. Another insider is taking the opposite approach. Chief Executive Officer Dara Khosrowshahi bought about $7 million worth of shares on Nov. 18.

Still, the stock has fallen 33% since Uber’s May public offering as investors question its path to profitability amid regulatory challenges and controversies about passenger safety and the rights of drivers.

A new California law is giving gig-economy workers the right to a minimum wage. Uber also faces problems related to sexual assault and a fatal roadside incident involving a self-driving car in Arizona.

The company has appealed a U.K. regulator’s decision last month revoking its license in London, starting what could be a years-long fight to protect its biggest European market.

—Big tech companies avoided over $100 billion in taxes. What that means
—The world’s fourth-largest economy is going cashless
—2020 Crystal Ball: Predictions for the economy, politics, technology, etc.
—Can tech save the air travel industry from its delay problem?
—How to make sure your in-flight Wi-Fi isn’t terrible
Catch up with Data Sheet, Fortune’s daily digest on the business of tech.