It’s Okay to Cry: Women Own Vulnerability in the Workplace to Fight Impostor Syndrome 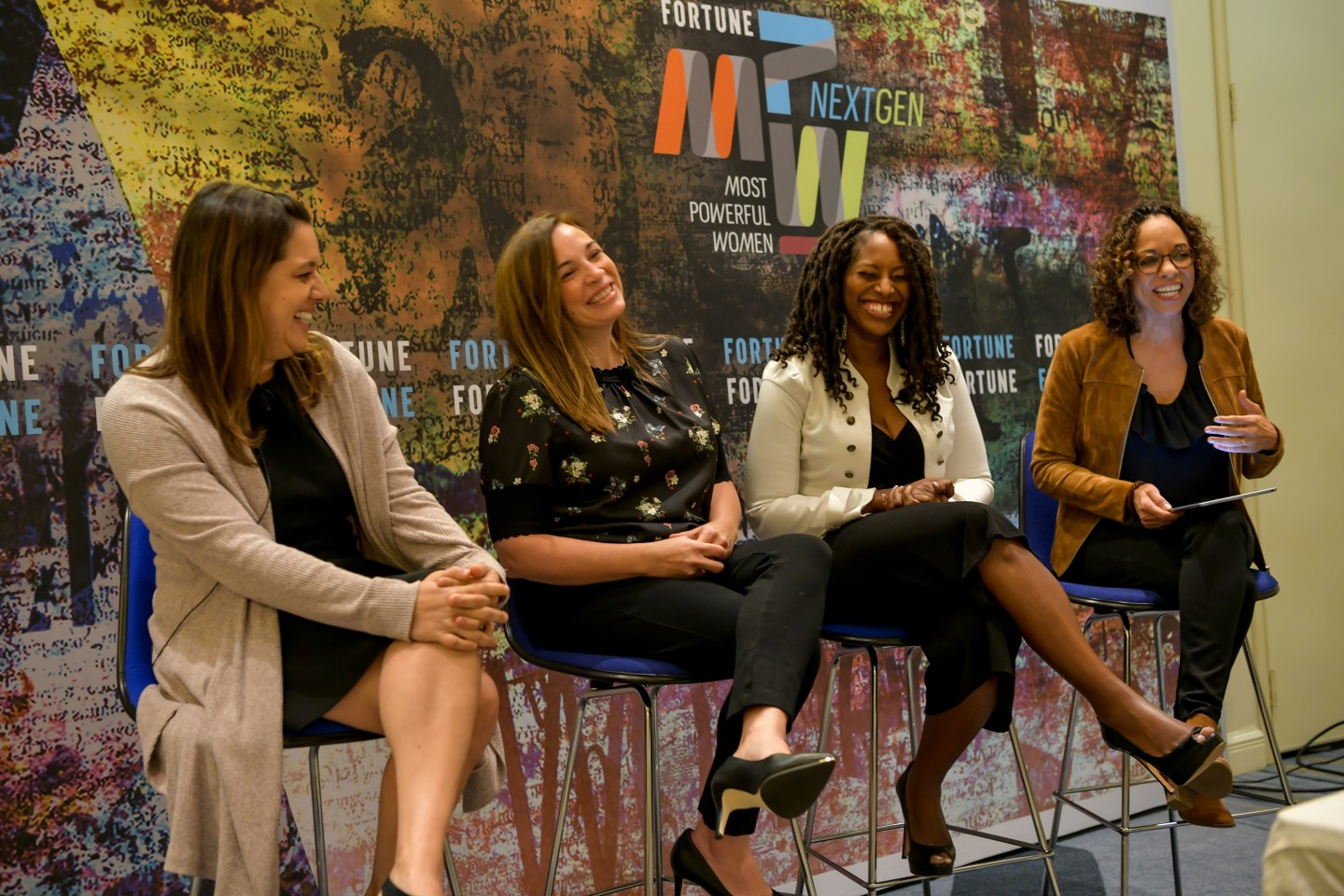 Whether it’s “impostor syndrome,” fear of failure, or unshakable perfectionism, women encounter personal hurdles that can feel like they’re holding them back, according to a panel of experts working as C-level executives and founders in the tech and startup world on Wednesday at Fortune’s Most Powerful Women Next Gen Summit in Laguna Niguel, Calif.
Stuart Isett for Fortune

Sometimes we just need to let it all out.

Owning vulnerability and learning how to turn it into power and clarity is a unique trait that women can use to their advantage as they grapple with the well-documented struggles of impostor syndrome, said a panel of experts working as C-level executives and founders in the tech and startup world on Wednesday at Fortune’s Most Powerful Women Next Gen Summit in Laguna Niguel, Calif.

“I think of crying as a cleansing release,” said Jotaka Eaddy, chief strategy officer at Promise, a company that uses tech to reduce recidivism and increase performance in criminal justice agencies.

Eaddy described a recent moment when she realized she needed to let go. She was visiting aspiring tech leaders in Tunisia and had spent the day being held up as a role model and pillar of success to young women in the country. From the outside, she appeared to be an incredibly accomplished, confident woman, and yet internally she was still grappling with feelings of self-doubt and personal insecurities.

“That night I just cried and let it all out. I released it,” she said. “It was a moment that appeared perfect, but in reality even in our best moments sometimes we’re struggling with things. For me it’s about being honest about my truth.” It’s easy to celebrate when people reach the end of their journeys, she said, but we don’t often celebrate the journey itself and talk about the ups and downs and struggles along the road to get there.

It’s something she thinks women should do more often. “People can relate to the fact that it’s hard and we all struggle,” she said.

Amy Nelson, founder and CEO of The Riveter, a co-working and networking space for women, agreed that when you’re balancing the personal with business, “it’s all happening at the same time; you can have a soaring success and be brought to your knees at the same day.”

As a founder, mother, and caregiver, Nelson often feels an intense pressure not to let anyone down, and like her life is a carefully orchestrated “tightrope” walk.

“I have to be brave, and I’m allowed to be sad,” she said. “It’s hard to acknowledge that you can’t overachieve your way out of something, and to just accept that you have to deal with it.”

But while a good cry can be cathartic and provide a level of clarity, business leaders do need to be careful about who they lean on in such moments.

“These are important clarifying moments that help you figure out your next step,” said Angela Galardi Ceresnie, CEO of Climb Credit, a company that provides financing for career-skill programs. Find the people who are in your corner and let it out to them, she advised, but make sure that person is “not someone who works for you.”

“One of the things that helps me is putting it all out there. … If you can’t find anyone, write it down,” she said. “Once it’s all out there and you see it, you realize, ‘Oh, I know how to solve those things.’” It’s normal to feel overwhelmed, she said, and it’s important to get those feelings “into the universe and out of your head.”

Women have “so much capacity to do so much more than we realize,” Ceresnie said, but warned that it’s difficult for them to operate at full potential when carrying an emotional burden.

“The emotional ups and downs of a single day can be jarring, but the outside world only sees ups,” she explained. “As long as we’re open and honest about the whole ride, it can give people the support for the stuff they’re going through.”

—Chanel Miller is more than “Emily Doe”
—The ‘blameless post mortem’ and other techniques that spur innovation
—Career pivots are daunting. Here’s how three powerful women made them work
—Goldman Sachs removed one word from recruiting materials and female hires soared
—Exclusive: Enterprise scion Chrissy Taylor to become car rental giant’s CEO
Keep up with the world’s most powerful women with The Broadsheet newsletter.