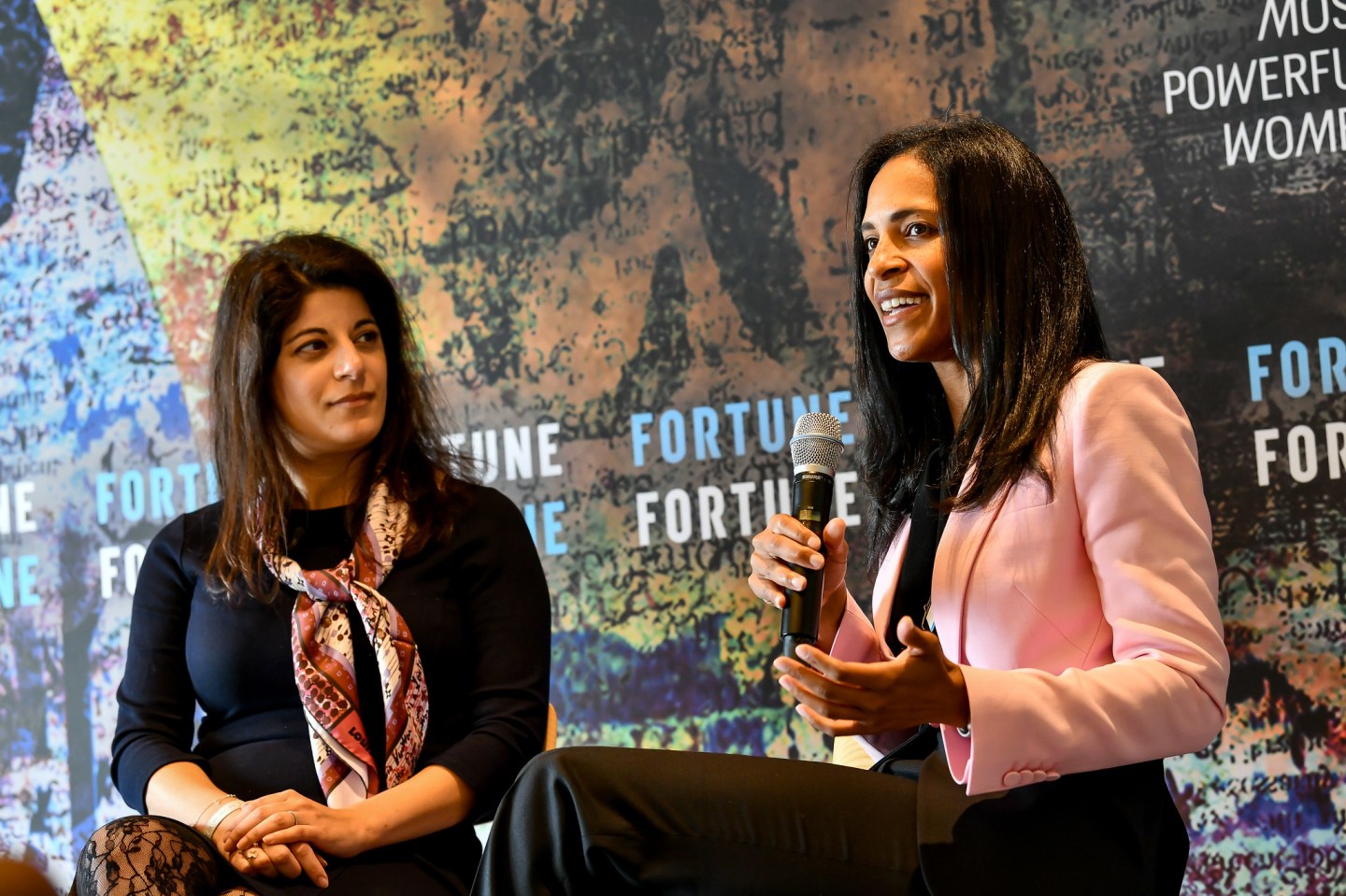 Wall Street banks haven’t always been the exemplar of gender diversity. And according to one investment banker, diversity still gets a “C” on the Street.

“Moving up the ranks is really hard, if you’re a man or a woman,” Valerie Dixon, the executive director of healthcare investment banking at Morgan Stanley said onstage at Fortune’s Most Powerful Women Next Gen conference in Laguna Niguel, CA. “When you start out, … firms are really making an effort to try and have that be 50/50. But by the time you’re a managing director, which is the highest level [at Morgan Stanley], the number is probably … 20%,” she says.

“If I had to give a grade, I would say probably a C,” Dixon said, but then reflected that actually the grade probably “hasn’t moved up from a D or an F since when I started in investment banking [in 2006].”

Yet some banks are making a conscious effort to change the grade—through recruiting.

Rana Yared, partner at the merchant banking division at Goldman Sachs, says that at the partner level, about 25% are female. But that a simple vocabulary change in the bank’s hiring processes helped contribute to 50% of her team being female at every level, from partner to analyst, before a big team merger.

“When my co-partner on my team and I thought about what we had changed, we changed the vocabulary around recruiting,” Yared said onstage. “Particularly in the U.S., … we talk about whether the candidate was aggressive enough to do the job—we removed this word from our recruiting vocabulary six years ago—I don’t know what ‘aggressive’ means other than obnoxious,” she says. Instead, Yared suggests, “the questions we ask now are: are you intellectually curious, are you assertive when you form a view, do you have an insatiable desire to learn, and can you articulate your view with training?”

Even apart from recruiting vocab, Morgan Stanley’s Dixon suggests that being proactive in thinking differently about how—and who—companies hire is key to bridging the Wall Street diversity gap. She maintains firms will need to “find new avenues and new channels to find talent—that may mean that it’s somebody with a non traditional background, [or] … a flexible work schedule, or you move people around to gain the necessary skills and experience that you want to have a higher performing team.”

—Chanel Miller is more than “Emily Doe”
—The “blameless post mortem” and other techniques that spur innovation
—Career pivots are daunting. Here’s how three powerful women made them work
—Five tips for giving the perfect pitch, according to experts
—Exclusive: Enterprise scion Chrissy Taylor to become car rental giant’s CEO
Keep up with the world’s most powerful women with The Broadsheet newsletter.