Career Pivots Are Daunting. Here’s How Three Powerful Women Made Them Work 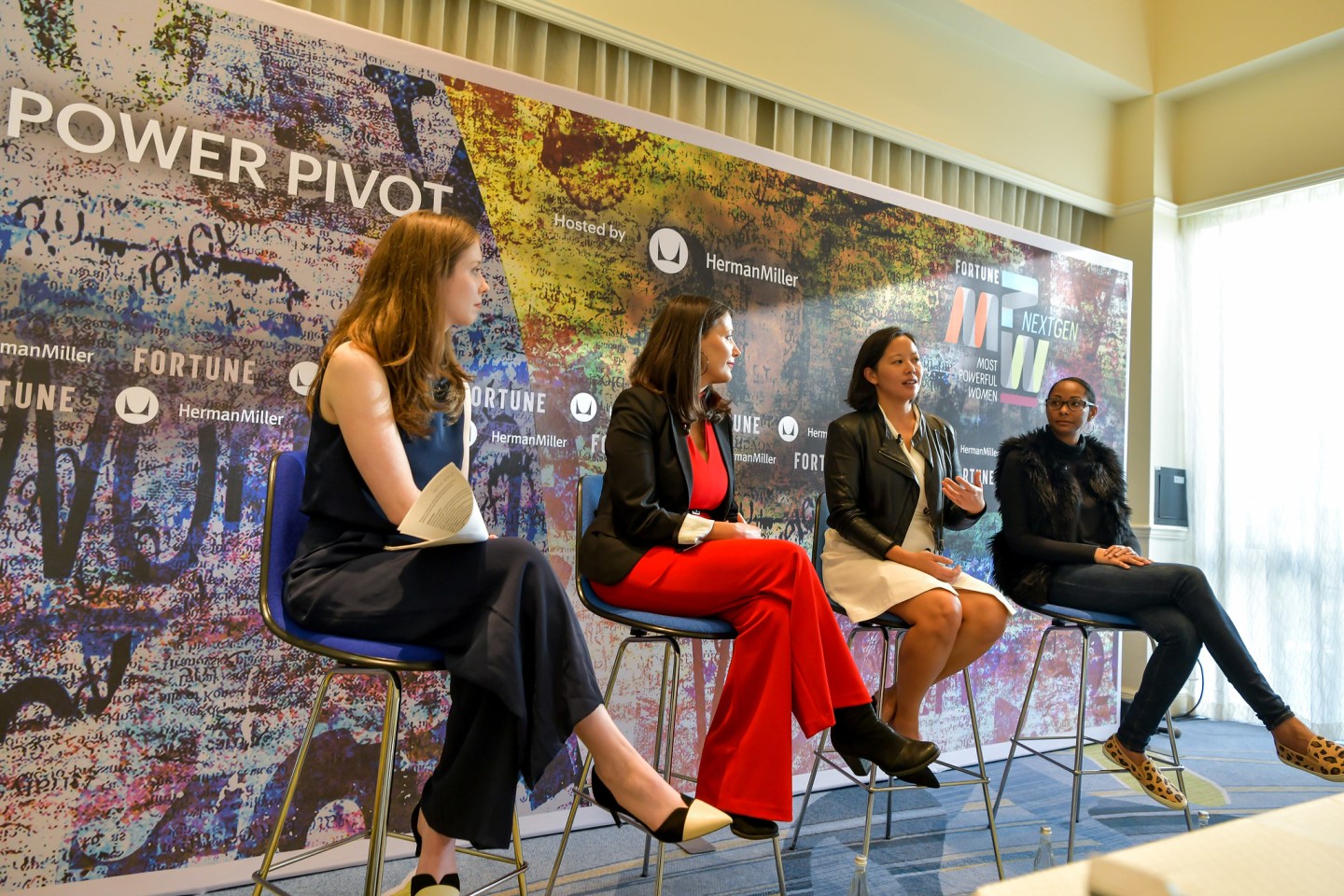 Leaders at home rentals company Airbnb, online clothing marketplace Poshmark, and AI product development firm All Turtles have had to make several big career changes to get to where they are today. While their stories vary, there’s one consistent piece of advice they have for others who may be debating whether it’s time to switch things up.

“You should just do it,” said Tracy Sun, cofounder of Poshmark. “You know when you’re in something that’s not right for you.”

Sun joined Sonia Anderson, sales lead at Airbnb for Work, and Bärí Williams, vice president of legal, business, and policy affairs at All Turtles, at Fortune’s Most Powerful Women Next Gen summit in Laguna Niguel, Calif., on Tuesday to discuss how they pivoted from one career to the next. For the three women, pivoting often meant making leaps of faith, overcoming doubts and fear, and learning how to be their own advocates.

The fear that comes with big changes can be daunting, and often people give up on opportunities solely because of their own doubts. Sun admitted that she’s been scared almost every single time she’s made a major change. But she said she learned that overcoming her own fears was a skill in itself—one that she would turn to often.

“Find someone who has done what you’re so scared of doing and is happier now,” she advised. “That has gotten me through the hard times.”

To pivot, professionals have to learn how to tell their own stories, be their own advocates, and often, convince others that they’re the right person for the job even if they don’t meet all the qualifications. And for women and people of color, asking for change or consideration can feel even more intimidating.

“Being a woman and being a black woman, sometimes it can feel like I don’t want to rock the boat,” said Williams, who left a legal job at Facebook for a business career only to return to the legal field not much later. “If you already stick out and you’re asking for more—I still say ask for more, but it can be daunting.”

One way to navigate such a situation: Use previous experience to show why you’re the right person for the job, even if that means making analogies.

“Men can have 60% of the experience and they apply for a job, and they’re like, ‘Crushed it!’” Williams said. “There’s no reason why we shouldn’t do the same thing.”

And the power inherent in networking can often yield big rewards. That’s what Anderson has found throughout her career (she once was a flight attendant).

Anderson said when she was ready for a change, she said “yes” to every networking opportunity that came her way, and even cold-called people she respected for guidance.

“When you call and say, ‘I’d love to learn from you,’ it was incredible how many were willing to speak with me,” she said. “I did this with Anna Wintour [editor-in-chief of Vogue]. While it was brief, she was willing to meet with me.”

—Leadership lessons from a Deloitte partner who races cars in her spare time
—Debunking the myth of workplace “Mean Girls”
—J.C. Penney’s retail lab is at the center of CEO Jill Soltau’s turnaround plans
—Can virtual reality teach executives what it feels like to be excluded?
—Ellen Kullman becomes an exception: a woman who’s been CEO—twice
Keep up with the world’s most powerful women with The Broadsheet newsletter.