Ellen Kullman Becomes an Exception: A Woman Who’s Been CEO—Twice 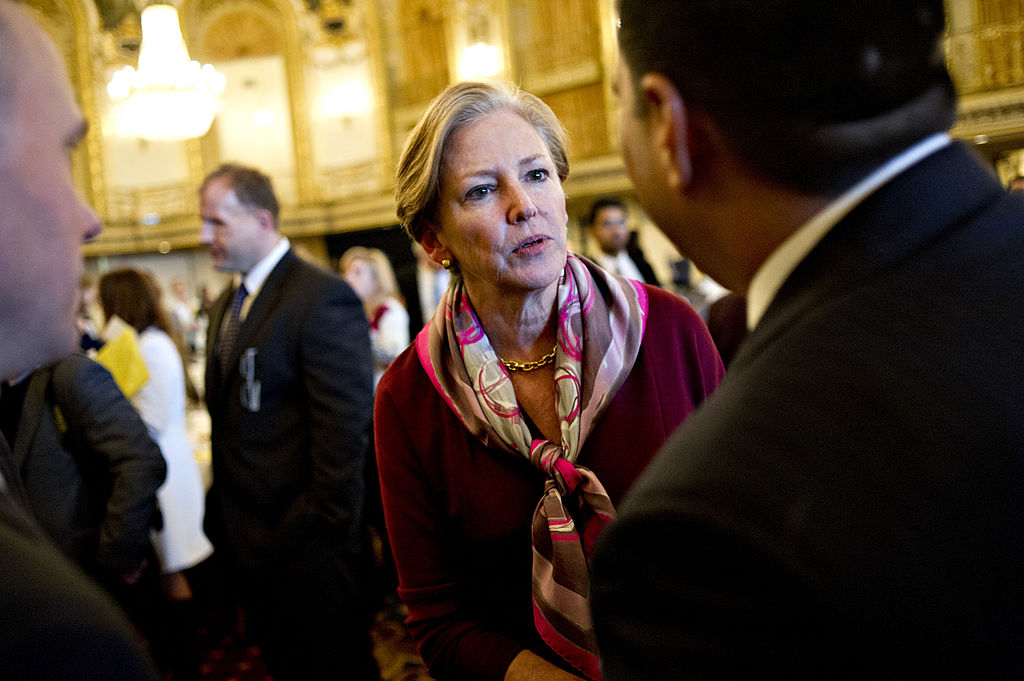 Ellen Kullman, chairman and chief executive officer of DuPont Co., speaks to attendees following a luncheon sponsored by the Executives Club of Chicago in Chicago, Illinois, U.S., on Wednesday, Nov. 14, 2012. DuPont Co. said Oct. 23 it will cut 1,500 jobs to save $450 million after posting a smaller-than-estimated third-quarter profit because of the deteriorating economic outlook. Photographer: Daniel Acker/Bloomberg via Getty Images
Daniel Acker/Bloomberg via Getty Images

- No more one-and-dones. Ellen Kullman is a CEO again. The former chairman and chief executive of DuPont yesterday was appointed head of Carbon, a 3D-printing startup.

There are a few notable aspects to this move: Kullman has sat on Carbon’s board since 2016, so she’s well-versed in the company. At the same time, leading the six-year-old startup is a stark departure from Kullman’s days atop DuPont, an institution more than two centuries old. Of the change, Kullman told Emma: “It’s different—yes, it’s a small team—but, boy, can you see the impact.” Another difference: “A non-public company is definitely more fun than a public company,” she said.

But Kullman’s appointment stands out for another reason: she’s a rare example of a former female CEO becoming a chief executive a second time. Fortune investigated this phenomenon in 2016 as part of Jennifer Reingold’s bookmark-able feature on why top women were disappearing from Corporate America. The data then showed that of the 126 women who’d fallen off Fortune’s annual Most Powerful Women list between 2000 and 2015, eight had gone on to hold another CEO title at a private or public company as of 2015. (Of the 93 men who left their jobs under pressure during a similar period, five of them later returned as CEOs of another public firm.) Meg Whitman and Susan Cameron were the only two women who had ever had a second go-around as a Fortune 500 CEO.

That story pointed to a few forces behind the pattern: The glass cliff. Pressure that’s arguably disproportionately harsh, including from activist investors (in fact, Kullman fended off one near the end of her tenure at DuPont). Double standards. Women’s own decisions to remove themselves from contention.

Certainly, a lot has changed in the past years. For one, the number of female Fortune 500 CEOs is ticking upward, albeit slowly—35 today, versus 21 in 2016—as women’s share of boardroom seats also climbs. And now Kullman’s appointment is at least one data point suggesting that the one-and-done CEO trend for women is—perhaps—coming to an end.

- Cancel culture. The day has finally come: the Victoria's Secret Fashion Show is canceled. (Literally, not figuratively.) Parent L Brands made the call to end the show as it tries to "evolve" the company's messaging—and after the show's lowest-ever ratings in 2018 and pressure on L Brands because of CEO Les Wexner's ties to Jeffrey Epstein. Fortune

- Bye to bad bosses? Will our cultural reckoning over workplace sexual harassment ever extend to plain-old bad bosses—the ones who don't necessarily sexual harass anyone, but still wield power in unhealthy, toxic ways? The big question posed by writer Rebecca Traister: "When you take the sex out of workplace power abuses, does anyone care about them?" The Cut

- Discrimination today. Former sales director for USA Today Serena Bhaduri filed a lawsuit against parent company Gannett for pregnancy discrimination and retaliation. Bhaduri says that her supervisor accused her of contributing to "low morale" at work while she was grieving the death of her infant son. She then became pregnant again and was allegedly fired a few days later. Gannett didn't respond to request for comment for this story. CNN

- Kept in the dark. Simone Biles was among the first gymnasts to be flagged to USA Gymnastics as uncomfortable with Dr. Larry Nassar. But when USA Gymnastics began an internal investigation into Nassar, it didn't tell Biles, even as the FBI spoke to Aly Raisman and other athletes. USA Gymnastics "walled off" Biles from the investigation as it capitalized on her achievements. Steve Penny, USA Gymnastics chief at the time, says he "did not know Biles was a victim until her 2018 statement." Wall Street Journal

- Corporate culture. At Fortune Global Forum in Paris this week, Yves Saint Laurent CEO Francesca Bellettini shared how she worked to improve the fashion house's corporate culture. While retail employees eagerly greeted customers, corporate employees kept their heads down and rarely spoke to each other. She spurred a change in behavior by modifying the company's org chart—and learning to keep her phone in her pocket when she wasn't at her desk. Fortune

The power of the female gaze in magazine writing Vanity Fair

"I’ve always said, I know I could run anything."