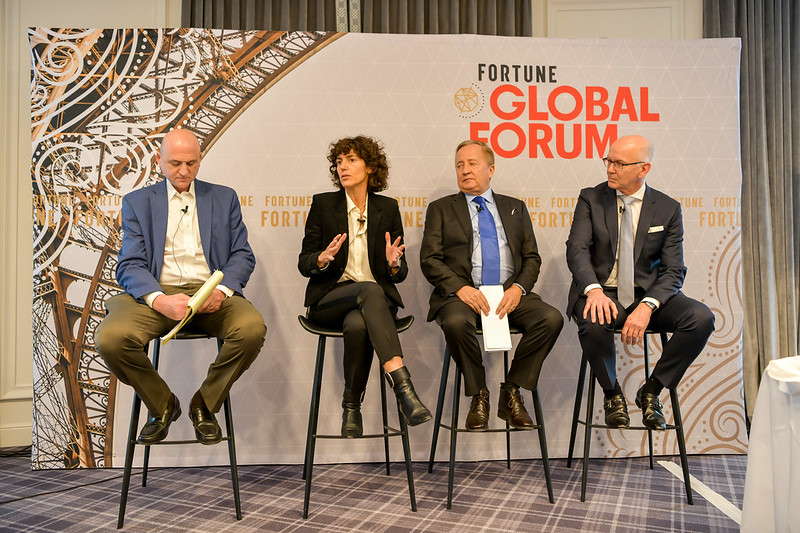 YSL CEO Francesca Bellettini (second from left) speaks at the Fortune Global Forum in Paris in November 2019.
Photograph by Stuart Isett for Fortune

It seems obvious that clear organizational structure and healthy corporate culture would be keys to success in business. That doesn’t make either easy to implement.

Indeed, the CEO of French fashion house Yves Saint Laurent, Francesca Bellettini, came to realize the storied firm had one culture for customers and an altogether different one for dealing with each other. When she became CEO in 2013, she noticed that while retail store employees promptly greeted customers, workers at headquarters in Paris, including herself, stared into their phones and ignored each other. She says she learned to keep her phone in her pocket until she got to her desk.

It was a symbolic move, but she followed it up with a substantive one. When naming a new chief operating officer recently, she put the executive in charge of human resources, an unusual move. “We’ve learned we have to talk about employees as much as customers,” she said Tuesday during a panel on workplace culture at the Fortune Global Forum in Paris.

Bellettini turned to organizational structure early in her tenure. “If you want to drive change you have to have the right structure,” she said. For example, regional presidents weren’t reporting to the CEO before her time, putting them below the management team on the org chart. She made them her direct reports, elevating their importance to be on par with functional leaders in Paris. She also made quick changes to the company’s supply chain. The organizational changes, she said, are “not boxes to you have to fill. They have to mean something.”

Bellettini instituted one other important cultural shift at YSL. At biannual all-company meetings, where store managers mingle with executives, there is no talk of KPIs, or key performance indicators, or sales targets. That, she said, is the stuff of everyday business. Instead, the meetings focus on values and mission.

—Why ‘data doomsday’ fears aren’t freaking everyone out
—The disruptive e-commerce revolution is benefitting big cosmetics brands
—How businesses are again pulling governments forward on climate change
—When it comes to rare earths, the U.S. still depends on China
—CEOs could be our best hope for fighting climate change and income inequality
Get up to speed on your morning commute with Fortune’s CEO Daily newsletter.