Why ‘Data Doomsday’ Fears Aren’t Freaking Everyone Out 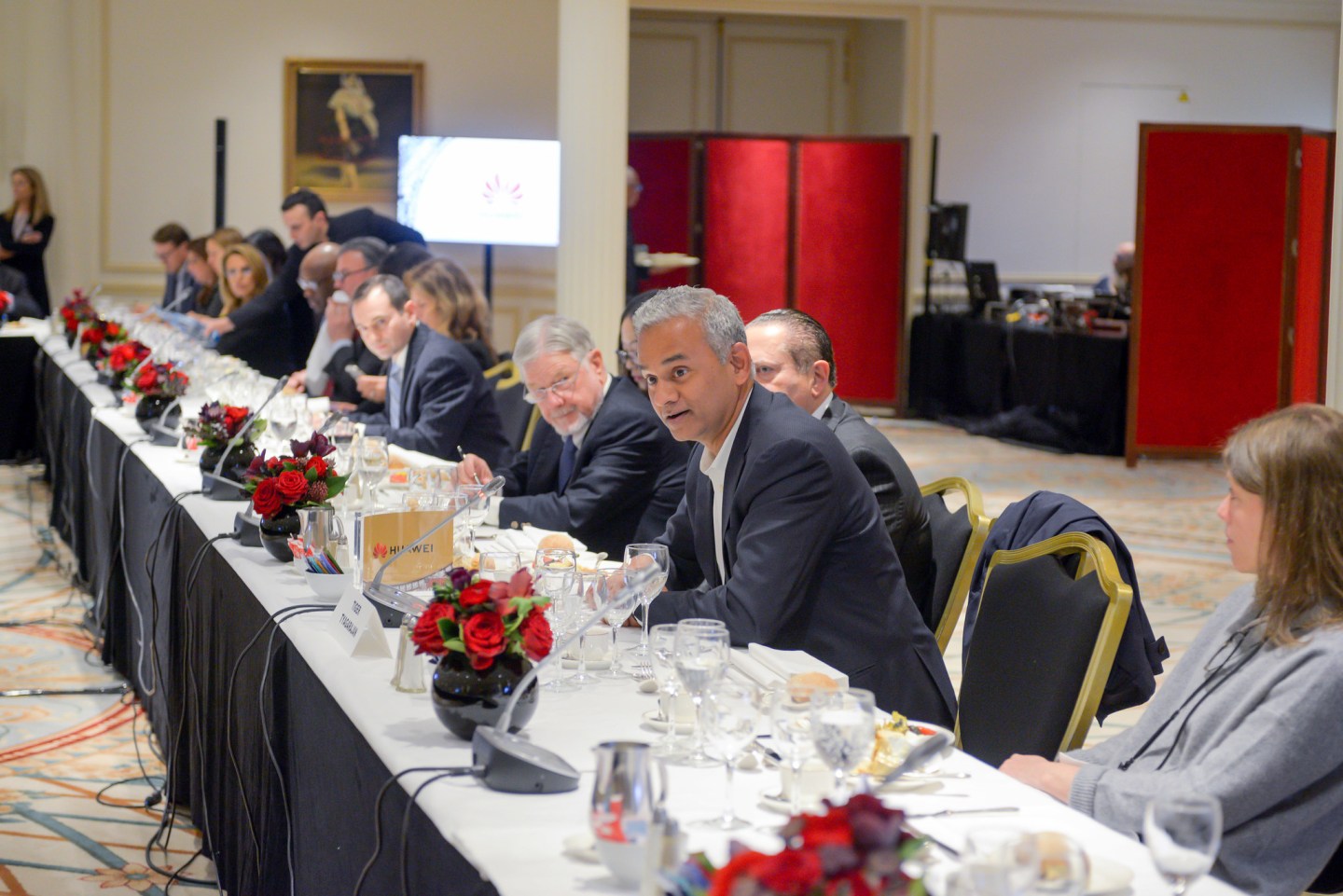 Tiger Tyagarajan, President and CEO of Genpact, speaking at the Fortune Global Forum in Paris.
Fortune

Much of the discussion at the Fortune Global Forum in Paris this week has revolved around the privacy and security risks of data-heavy business models, but some are less worried than others.

“Classifying data as doomsday is wrong,” said Genpact CEO Tiger Tyagarajan at a roundtable discussion about disruptive technologies. “People classified the motorcar as doomsday,” he noted, but things worked out okay on the automotive front.

That’s not to say Tyagarajan and others don’t see users’ trust as vital—”trust is going to become one of the competitive differentiators that will be used as the basis to buy” by both businesses and consumers, he said. But the world is moving into a data-centric future either way.

According to Yannick Fierling, the CEO of the European unit of Chinese smart-home-appliance giant Haier, this is because end consumers are already seeing the benefits of connected devices that rely on data to provide smart services. “You’re able to add value through connectivity,” he said. “This value is right now far higher than the fear [consumers] have about being hacked.”

For how long, though?

As noted by Yvonne Wassenaar, the CEO of IT automation firm Puppet, software vulnerabilities are increasing and they just aren’t being fixed fast enough. In open-source software, which is widely used in the world of connected devices, “it’s a median of two years from the time when a vulnerability is put in…and the time it’s resolved.”

“We’re at a risk of creating a lot of mistrust in technology,” Wassenaar said. “We’ve over-rotated to the shiny new toy.”

However, Wassenaar also predicted that A.I. would soon be able to help software developers find and patch flaws. “The job we have right now in security is not the job 10 years from now,” she said.

Research released earlier this year by the Internet Society and Consumers International found that 28% of consumers in the U.S., U.K., Australia, Canada, France, and Japan were dissuaded from buying connected devices because of security fears—around the same proportion that would avoid a device because of its price, but certainly not enough to cripple adoption.

“My point of reference is the number of [smart] appliances we have in our homes today,” said Fierling. “Smart homes are reality today…The fact that we are moving into the Internet of things and artificial intelligence, we will not be able to throw that [away]. It’s coming for sure.”