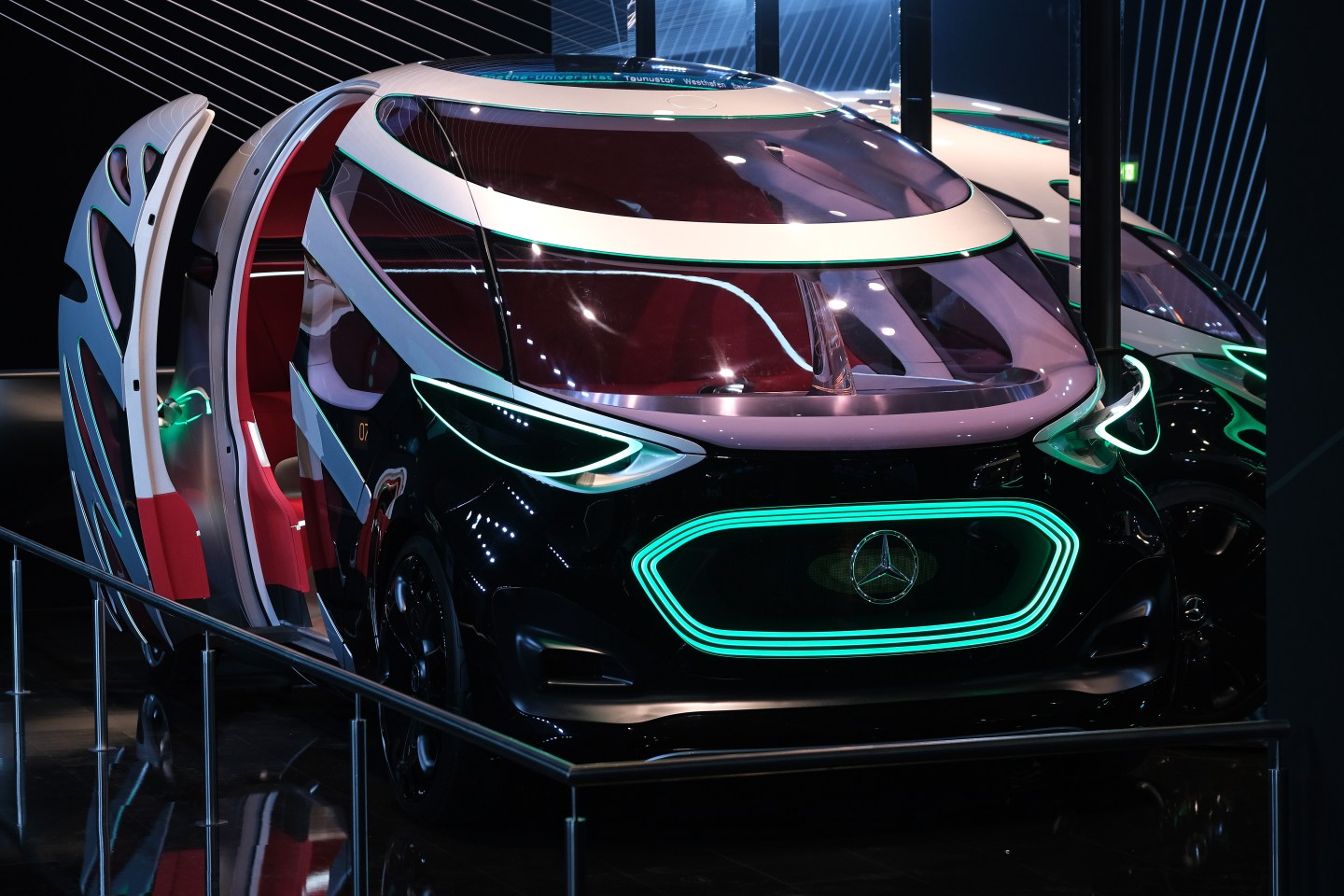 At Daimler’s capital market day in London on Thursday, new CEO Ola Källenius said there was a “reality check setting in” regarding the Merc-maker’s plans for building fleets of so-called robotaxis—a project on which it is collaborating with the German industrial giant Bosch.

Instead, Källenius said, the technology would be used in trucks first. Daimler—which is in the throes of cost-cutting as it scrambles to become a serious player in the electric era—will meanwhile “rightsize” the amount it is shelling out on autonomous tech for passenger cars.

Källenius, who succeeded Dieter Zetsche this year, is not the first new CEO of a venerable auto firm to steer clear of the autonomous-car bullishness displayed by his predecessor. A couple years back, much the same happened at Ford, when new chief executive Jim Hackett defenestrated Mark Fields’ plan to put steering-wheel-free cars on the road by 2021.

But what’s behind Daimler’s gear shift? It’s all about safety and a newfound realization that it will be some time before self-driving vehicles can be used in urban environments, company spokesman Bernhard Weidemann told Fortune.

Weidemann would, for competitive reasons, not be drawn on the specific technical challenges Daimler has identified for autonomous vehicles in this context. But the problems are there, and the German firm wants to “take a little bit more time” before putting fully autonomous cars on city streets.

With trucks, this is less of a problem—the vehicles spend around 80% of their time on high-speed freeways, 10% on regular highways, and just 10% getting to their final destinations, he said. If human drivers can handle the relatively minor urban parts of the journey, the rest can safely be automated. Weidemann suggested this would not only reduce transportation costs, but also make trucking a more attractive career—there’s currently a shortage of truckers out there.

So it’s not hard to see why Daimler sees money coming in from autonomous trucks sooner rather than later. But what about those robotaxis?

There are two main reasons why Daimler is focusing on robotaxis before privately-owned autonomous cars. Firstly, the vehicles are going to start off pretty expensive—all those new sensors don’t come cheap, and the plan is to have the robotaxis’ autonomous capabilities gradually trickle down in the form of ever-smarter driver-assistance features in new Mercedes cars on the regular market (and in new BMWs, as the two German companies are collaborating on such systems.)

The second reason is that Daimler can deploy a fleet of robotaxis in a defined area, which should help as it grapples with those safety issues. Even if those with deep pockets might be happy to pay a fortune to be early buyers of self-driving Mercs, they would justifiably want to take them into all sorts of unfamiliar environments.

“The business case for that is a little further down the road,” said Weidemann.

But how far? Daimler and Bosch were originally talking about putting “driverless-capable” and fully autonomous cars on urban roads by the beginning of the 2020s. Weidemann said the companies were still on track to launch a robotaxi pilot in San Jose, Calif., this year. But beyond that… let’s see.

“We believe from our experience in developing safe driving systems that we really need to get the whole basics [right] before we scale them,” he said. “If you scale them too early, you might run into a problem that is really difficult to fix later.”

“We do have over 130 years of safety and of brand value to lose, which we are obviously taking very good care of,” Weidemann added.

—How 5G will transform the electric vehicle industry—Fiat-PSA merger looks like a go. It appears the Italians got the better end of the deal
—Apple co-founder Steve Wozniak pumps the brakes on autonomous vehicles
—Tesla has a luxury car problem. Here’s why investors should be worried
—Inside James Dyson’s costly decision to kill his electric car
Follow Fortune on Flipboard to stay up-to-date on the latest news and analysis.