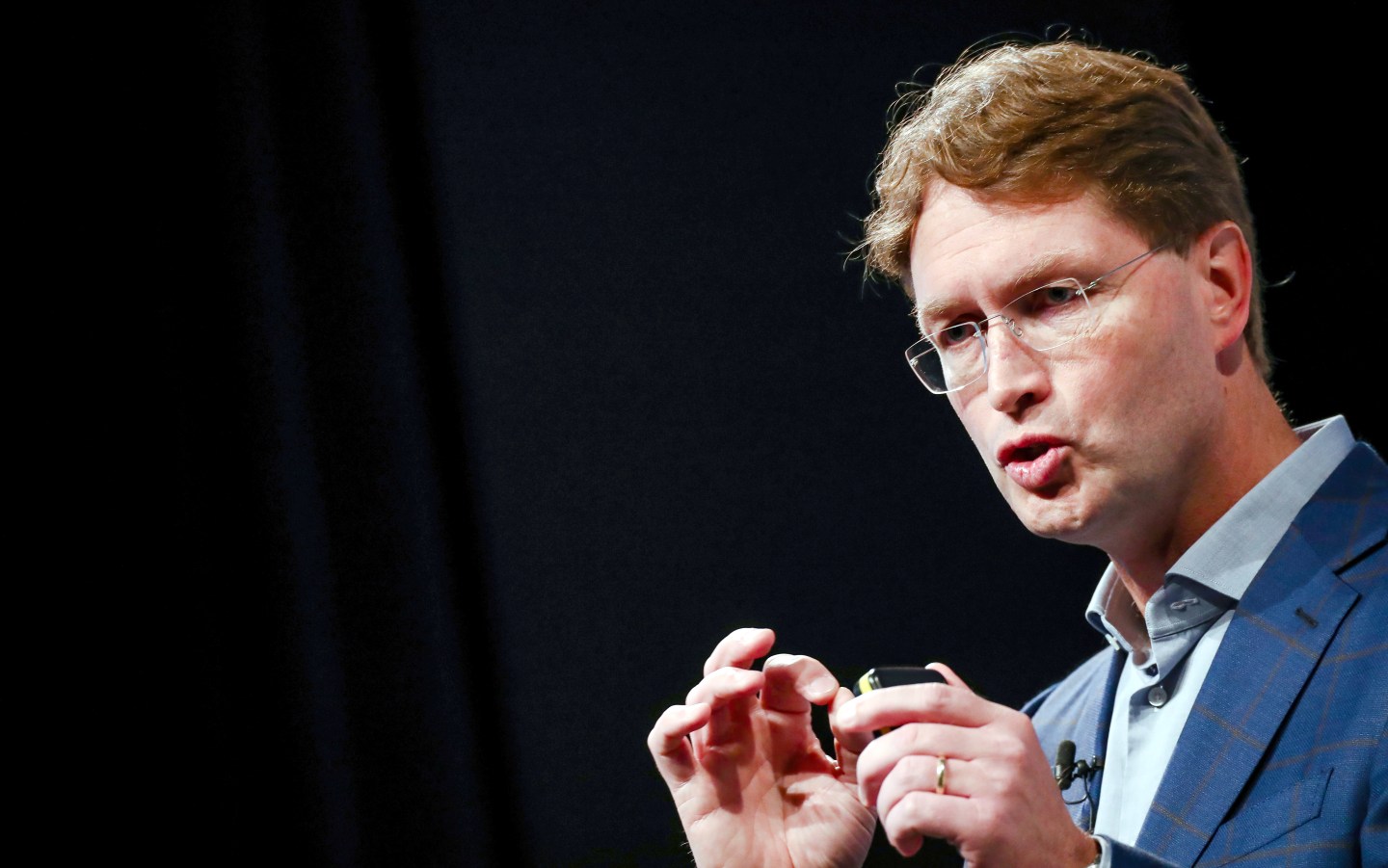 Daimler AG’s new chief executive officer warned there will be no quick fix for the automaker’s struggles to adapt to an era of self-driving, electric cars.

After two rapid-fire profit warnings earlier this year, Ola Kallenius said on Thursday that the German icon’s earnings would remain under pressure for the next two years. The Swede laid out a plan to gradually lift margins by capping investment and cutting jobs to save more than 1.3 billion euros ($1.4 billion).

“To remain successful in the future, we must therefore act now and significantly increase our financial strength,” Kallenius said in his first big major strategy presentation since taking charge in May. “Comprehensive measures to increase efficiency” are needed “in all areas.”

The costly transition to electric vehicles is colliding with legacy diesel issues and trade disputes to put pressure on the maker of Mercedes-Benz vehicles. Kallenius’s response failed to win over skeptical investors. The stock fell as much as 4.7%.

“Mid-term targets are very disappointing,” and the strategic announcements are “much too general,” said Juergen Pieper, a Frankfurt-based analyst with Bankhaus Metzler.

After the critical Mercedes car division dropped its profit margin forecast this year to a range of 3% to 5% — well below the returns of French mass-market rival PSA Group — Daimler predicted margins of at least 4% next year and 6% in 2022, excluding the fallout from trade wars. The trucks division will target margins of more than 5% in 2020 and 7% in 2022.

Job cuts are a critical component of the turnaround effort. At the Mercedes cars unit, 10% of management positions as well as an indefinite number of “indirect” administrative roles will be eliminated to reduce costs be more than 1 billion euros. The trucks unit will save 300 million euros in personnel costs in Europe.

“In the automotive industry we are facing difficult times,” Michael Brecht, Daimler’s leading employee representative, said in a statement. “We have to face this reality, but we must not save on the future viability of our company.”

Daimler shares fell to as low as 51.04 euros and were down 2.8% at 52.05 euros at 11:51 a.m. in Frankfurt, paring gains for the year to 14% and valuing the company at 55.7 billion euros. Tesla Inc., which is plans to locate its European factory in Germany, has surpassed Daimler in market capitalization.

Alongside the pressure to rein in spending, the successor of veteran Dieter Zetsche outlined plans to introduce more than 20 new plug-in hybrid and fully-electric Mercedes cars by 2022.

While the rollout will enable the company to get “within reach” of complying with tighter emissions limits in Europe, Kallenius cautioned that buying behavior of customers will play a key role for actually meeting the target. Demand remains difficult to predict as charging infrastructure in some markets remains patchy, he said in his presentation at London’s five-star Corinthia Hotel.

“Daimler urgently needs to move away from its ‘spray and pray’ investment philosophy and toward a materially more focused, sharpened allocation of its funds,” Arndt Ellinghorst, a London-based analyst with Evercore ISI, said in a note prior to the presentation. “Otherwise, the group will simply be unable to self-fund its premium mobility aspirations.”