China May Be Fighting Smog, But It Has More Coal Power in the Works Than the Rest of the World Combined 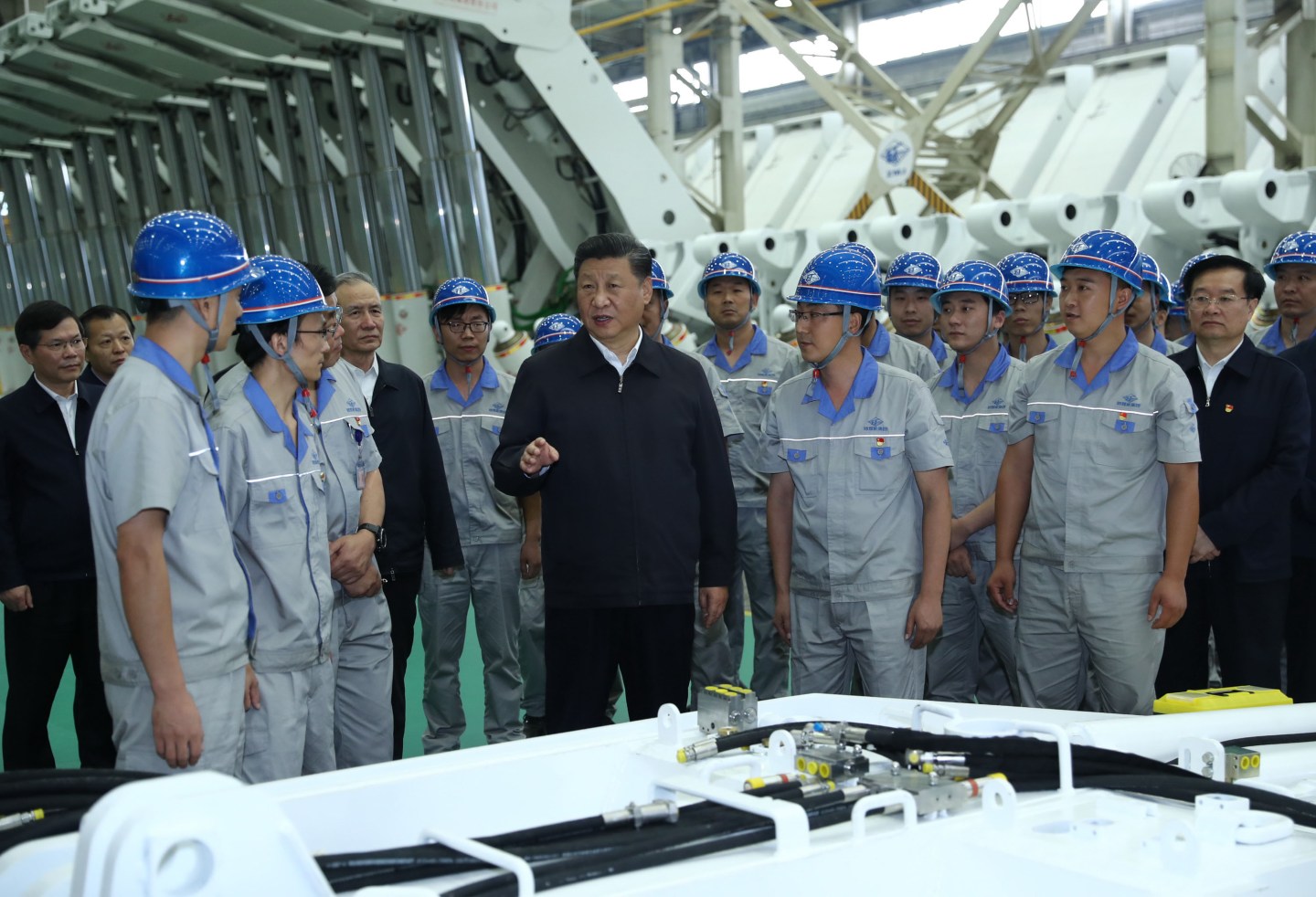 China has enough coal-fired power plants in the pipeline to match the entire capacity of the European Union, driving the expansion in global coal power and confounding the movement against the polluting fossil fuel, according to a report.

The nation has almost 148 gigawatts of coal-fired capacity under active construction or likely to be resumed after being suspended, Global Energy Monitor, a non-profit group that tracks coal stations, said in the report Thursday based on plant-by-plant data. That’s almost equivalent to 150 gigawatts of existing coal fleet capacity in the EU and more than the combined 105 gigawatts under construction in the rest of the world, it said.

In contrast to many other countries, including the U.K.’s pledge to shut all coal plants by 2025, Beijing remains committed to coal as its biggest source of power, representing a major challenge to global emissions reduction targets. Its additions in the 18 months to June dwarf declines elsewhere in the world, according to the report.

“As more countries turn away from coal and retire their plants, China’s continued pursuit of coal is increasingly out of step with the rest of the world, and is now effectively driving the ongoing expansion of the global coal fleet,” the report said.

Though China has spent more on clean energy than any other country and is pushing to burn natural gas instead of coal to counter smog, it’s still pumping money at home and abroad into coal-fired generation. Meanwhile, growing climate-change pressure has spurred a retreat from thermal coal by top miners such as Rio Tinto Group and BHP Group Plc and prompted lenders including Standard Chartered Plc and HSBC Holdings Plc to slash financing for new coal projects.

Worldwide coal-power capacity grew by almost 35 gigawatts from 2018 through June 2019 as an increase in China’s fleet offset a decline of 8.1 gigawatts in other countries.

The nation is on track to cap installed coal power capacity at 1,100 gigawatts by 2020. However, its coal and power industry groups are proposing further expansion to capacity of 1,200 to 1,400 gigawatts by 2035, according to the report. Should that be adopted, China alone would have more than triple the limit on worldwide coal power determined by the Paris climate agreement to keep global warming well below 2 degrees Celsius (3.6 degrees Fahrenheit), GEM said.

Instead, China needs to cut its current coal power capacity of 1,027 gigawatts more than 40% in order to meet the reductions required to meet the 2-degree target, according to GEM’s analysis.

The report, by Christine Shearer, Aiqun Yu, and Ted Nace, used data compiled by GEM’s Global Coal Plant Tracker. China has been closing about 8 gigawatts of coal power capacity annually for the past several years, Nace said in an email, adding that “in order to retire the large amounts of capacity needed to meet Paris mandates, China will have to soon begin retiring much younger plants.”

GEM, originally founded as CoalSwarm, describes itself on its website as “an incubator for innovative projects in ecology and social justice” and has received funding from groups including ClimateWorks Foundation, the National Resources Defense Council and the Sierra Club Foundation.

(Michael R. Bloomberg, the founder and majority stakeholder of Bloomberg LP, the parent company of Bloomberg News, has committed $500 million to launch Beyond Carbon, a campaign aimed at closing the remaining coal-powered plants in the U.S. by 2030 and slowing the construction of new gas plants.)