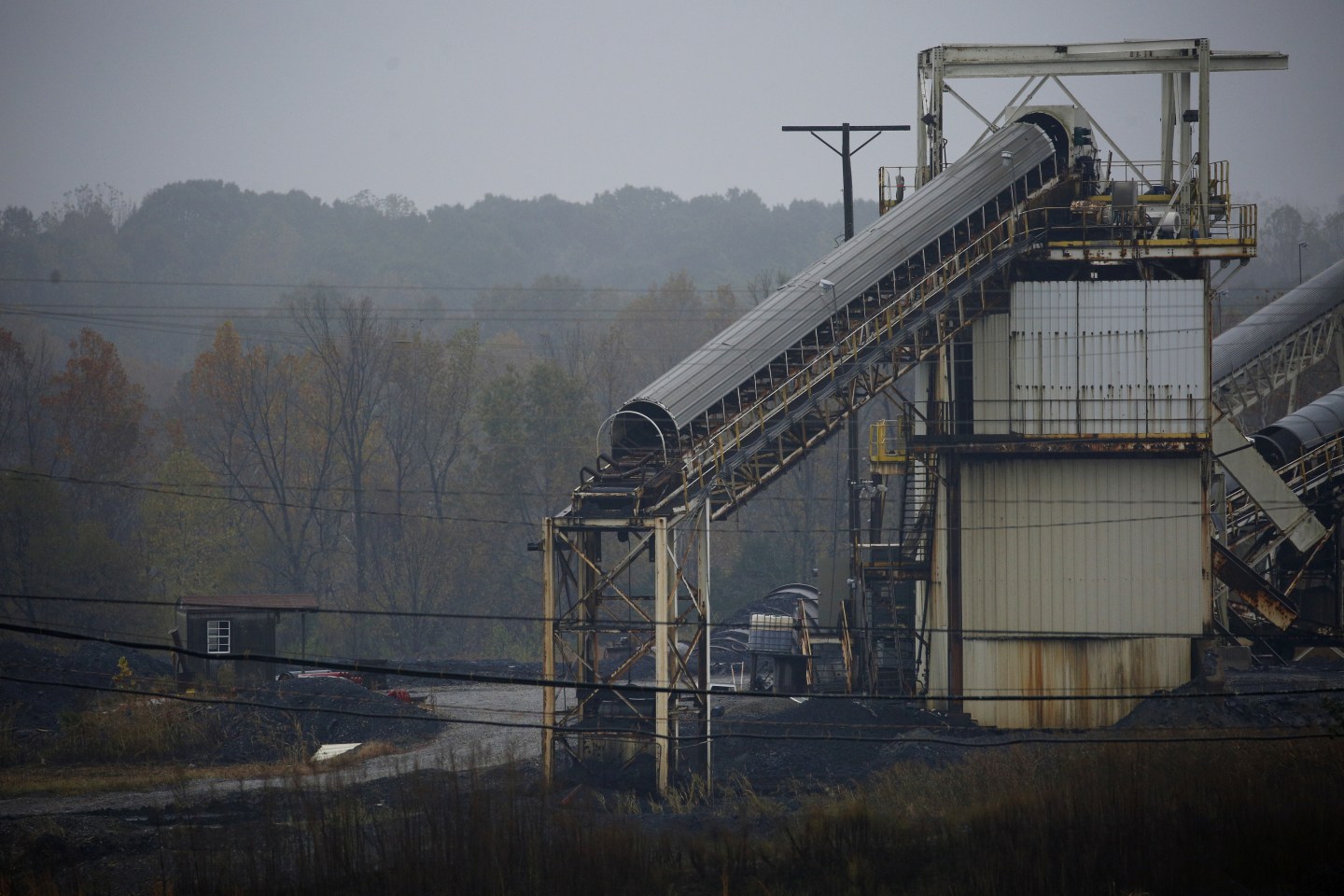 A coal conveyor is seen on the grounds of the recently idled Muhlenberg County Coal Co. Paradise Mine, a subsidiary of Murray Energy Holdings Co., in Central City, Ky., on Oct. 30, 2019. Murray Energy, the largest privately owned U.S. coal company, filed for Chapter 11 protection in the U.S. Bankruptcy Court in Columbus, Ohio, to restructure more than $2.7 billion of debt. Photographer: Luke Sharrett/Bloomberg via Getty Images
Luke Sharrett—Bloomberg via Getty Images

As coal prices tumble and bankruptcies rise, a few U.S. miners are still pushing ahead with plans to expand.

Arch Coal Inc. and Consol Energy Inc. remain on track to open new mines to dig steelmaking, or metallurgical, coal from the West Virginia hills. That’s even as the market is already glutted, with prices down about 30% in 12 months.

They’re betting they can produce coal cheaply enough to profit even as their rivals retrench. Bloomberg Intelligence expects the global supply of the metallurgical variety to exceed demand this year by 2.7%, as economic headwinds blunt steel demand. At least four U.S. companies have shut mines since August. Five have filed for bankruptcy this year.

“There is a lot of pain in the marketplace,” Consol Chief Executive Officer Jimmy Brock said during a conference call last week. “We expect to hold our ground.”

Here’s an overview of the few miners that still have plans to expand:

Arch Ahead of Schedule

Arch, the second largest U.S. miner, has already started digging small amounts of coal from its Leer South project, which won’t reach full production of 3 million tons annually until the third quarter of 2021. The company announced the project in February, when metallurgical coal prices were around $190 per ton. Now they’re at about $137. The site is near an existing Arch mine and will plumb the same reserves, reducing some of the risk for the company.

In July, Arch sped up the project’s schedule by a quarter. Last month, the company said it would “drive forward with the accelerated build-out.” Arch did not respond to a request for comment.

Consol, the eighth-largest U.S. miner, expects to begin extracting some coal next quarter from its Itmann mine in West Virginia before ramping up to full capacity in 2021. Excavation is already underway, and the company is working to hire miners. Consol announced the project in May, just as metallurgical coal prices peaked at about $200 million a ton. At the time, Brock said the returns on the project would “significantly” exceed capital costs even if met coal is $150 per ton.

The company did not respond to a request for comment.

Warrior On the Fence

Warrior Met Coal Inc. is laying groundwork for a new metallurgical mine, too, but doesn’t plant to make a final decision on it until next early next year. The company expects the Blue Creek project will be “fully permitted and shovel ready” at that time.

While Warrior Met has said repeatedly that it hasn’t made a final call, “many investors interpreted the company’s language on its earnings call to mean the project is more likely to happen than not,” Seaport Global analyst Mark Levin wrote in a research note.

Contura Energy Inc. has also unveiled plans to start production at a new metallurgical mine in West Virginia next year. But coal from the Lynn Branch project will essentially offset the lost output from another mine in the region that Contura is closing. The company hasn’t disclosed much in recent months about the project, which was announced in May. Contura is scheduled to report third-quarter earnings Thursday.

Much of the rest of the U.S. coal industry is struggling. Peabody Energy Corp., the top U.S. coal company, announced last month that it was closing an Illinois mine. Murray Energy Corp., the biggest closely held American coal producer, filed for bankruptcy last month, becoming at least the fifth to do so this year.

“We probably won’t need all that new U.S. met coal within the time frame of when they’re expected to come online,” Bloomberg Intelligence Andrew Cosgrove said in an interview.

(Michael R. Bloomberg, the founder and majority stakeholder of Bloomberg LP, the parent company of Bloomberg News, has committed $500 million to launch Beyond Carbon, a campaign aimed at closing the remaining coal-powered plants in the U.S. by 2030 and slowing the construction of new gas plants.)

—Climate change is hitting the insurance industry hard: How Swiss Re is adapting
—Energy companies say the oil glut—and shrinking profits—aren’t over
—Innovative tech offers a solution to aircraft pollution
—Give or take a trillion, banks haggle over IPO valuation of Saudi Aramco
—The Future 50 sustainability all stars
Subscribe to The Loop, a weekly look at the revolutions in energy, tech, and sustainability.