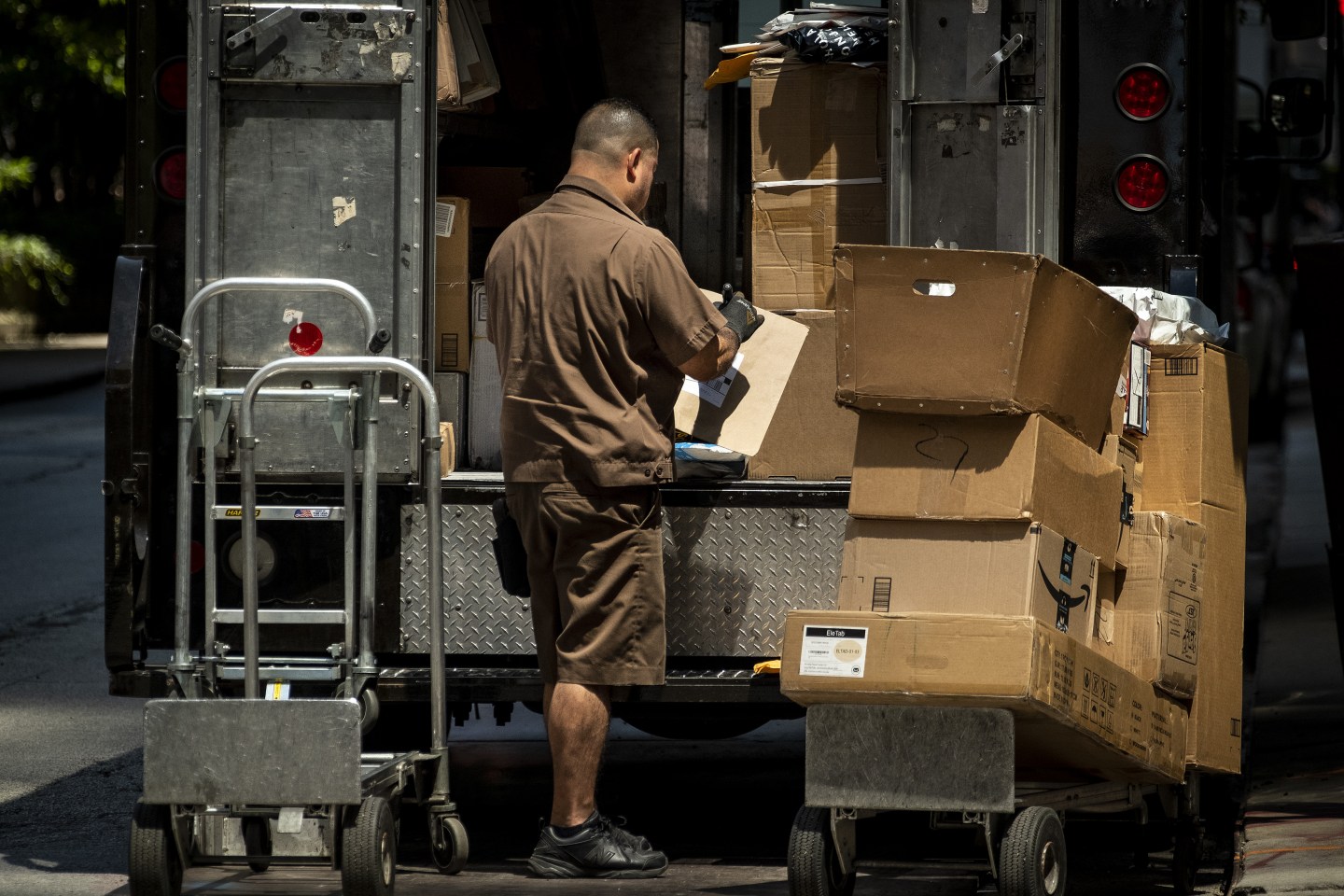 United Parcel Service Inc. is pushing to make sure it delivers on getting people their presents this Christmas season.

As part of the company’s push to add 100,000 temporary workers for the holidays, UPS plans to recruit half that number in just one day when it puts on its third annual “Brown Friday” hiring event Nov. 1. The Atlanta-based firm announced a recruitment drive in 180 cities across 43 states for the single event.

The move comes as UPS prepares for a busy holiday season—one that may be more active than in years past.

Jim Barber, UPS’s chief operating officer, told investors during a conference call Oct. 22 he expects the company’s daily volume to increase year-on-year by 5% during the peak holiday season, which runs from Thanksgiving through late December.

Investors seem to be taking notice of the freight and logistics company’s expected growth. UPS shares have gained 20% year-to-date while competitor FedEx has seen its shares drop 3.4% (the S&P 500 has risen 21% during 2019).

Morningstar analyst Keith Schoonmaker noted that while UPS has struggled with the peak season in the past (missing deliveries, hiring too much temporary help), the company seems to have taken strides to fix those issues.

“Lately, we think the firm has ironed out many of these challenges, but we expect it will contend with an even stronger peak than normal as it absorbs the Amazon packages FedEx gave up,” Schoonmaker wrote in an email to Fortune.

FedEx declined to renew its agreement to deliver the e-commerce giant’s domestic parcels back in August amid growing concern Amazon’s foray into the freight business competition for the likes of FedEx and UPS.

But where FedEx sees a threat, UPS seems to see a budding opportunity. Analysts, like Schoonmaker, estimate that Amazon could account for as much as 10% of UPS’s revenue.

With an expected uptick in deliveries during the holidays, the 100,000 new hires may strengthen investors’ confidence that UPS can ace the Christmas delivery rush. “Key to UPS’ continuing its recent strong margins will be matching personnel to demand this season,” Schoonmaker wrote.

But not all are on board with UPS’s hiring blitz. The company has hired around the same number of seasonal employees each peak season going back the past few years, which has some analysts questioning why the company needs so many workers with its recent emphasis on automating its operations.

Morgan Stanley analyst Ravi Shanker expressed concern over UPS’s decision to keep its seasonal workforce at the same high level as a year ago, writing in a note to investors in September that it “may come as a disappointment for people who were expecting widespread automation following UPS’s transformation initiatives.”

But UPS views its ability to keep its hiring levels constant as a testament that its recent investment in automation is paying off, said Glenn Zacarra, director of communications for UPS. Moreover, he added, other technology improvements are expected to expedite training for temporary workers.

While Zacarra declined to go into specifics of what the new tech involves, he did say it was a more streamlined, “less-robust” version of the routing and packaging technology that UPS’s full-time employees use daily. Seasonal workers are trained right after they’re hired, and the company utilizes a variety of techniques like job shadowing.

There have been some signs the season might not be the most wonderful time of the year, however. In September, retail sales slumped amid a sluggish economy. And a tight labor market has some experts concerned about how UPS plans to fill its labor force needs.

“There are less workers available than ever before. And those who are available have their pick of the litter, making it extremely competitive and expensive to attract and retain seasonal talent,” said Peter Schnorbach of Manhattan Associates, a supply chain firm. “Resources were scarce before the holidays and the situation is only being exacerbated as companies become more pressed for labor.”

—Popeyes set an official return date for its virally popular chicken sandwich
—Why you shouldn’t save your debit or credit card numbers on store websites
—Black Friday deals start next week
—Quip launches Floss, first new product since its electric toothbrush
—Patriots’ QB Tom Brady is already working on his retirement brand
Follow Fortune on Flipboard to stay up-to-date on the latest news and analysis.