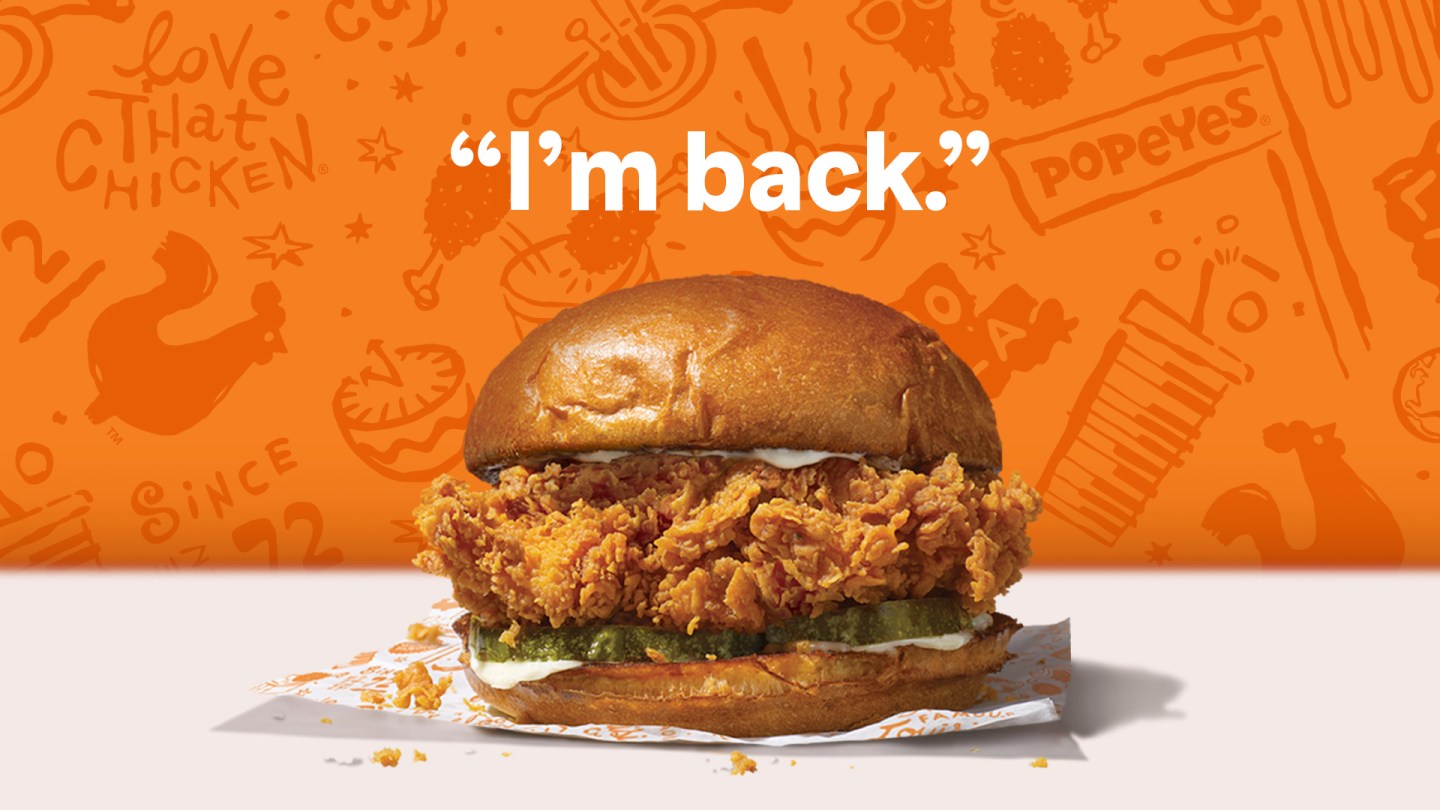 The madness starts all over again at Popeye’s on Nov. 3.

That’s the official return date for the chain’s staggeringly popular chicken sandwich, the company announced today in a brief press release that simply read: “I’m back.”

The release, falling on a Sunday, is another salvo aimed at Chick-fil-A, which is closed nationally on Sundays. Popeyes has been open about its ambitions to unseat the Atlanta-based chain in the chicken sandwich wars from the beginning.

The return of the chicken sandwich (now dubbed The Sandwich, capital letters Popeyes’) was widely expected in early November. One owner of 150 Popeyes locations told Bloomberg he planned to hire an additional 400 people to handle demand.

Presumably, the chain is better equipped to handle demand this time around. When it introduced its chicken sandwich in August, Popeyes created such a frenzy that it sold out of its entire two-month inventory in just two weeks.

The chicken sandwich was a gamble that paid off for Popeye’s. It was the first time in its 50-year history the company had offered a sandwich. Demand was so strong that, after the sandwich supply was gone, the company took the unusual approach of encouraging people to bring their own buns to the stores to create the sandwiches themselves, using chicken tenders.