China Is Launching Its 5G Network Ahead of Schedule and on a Spectrum the U.S. Can’t Yet Match 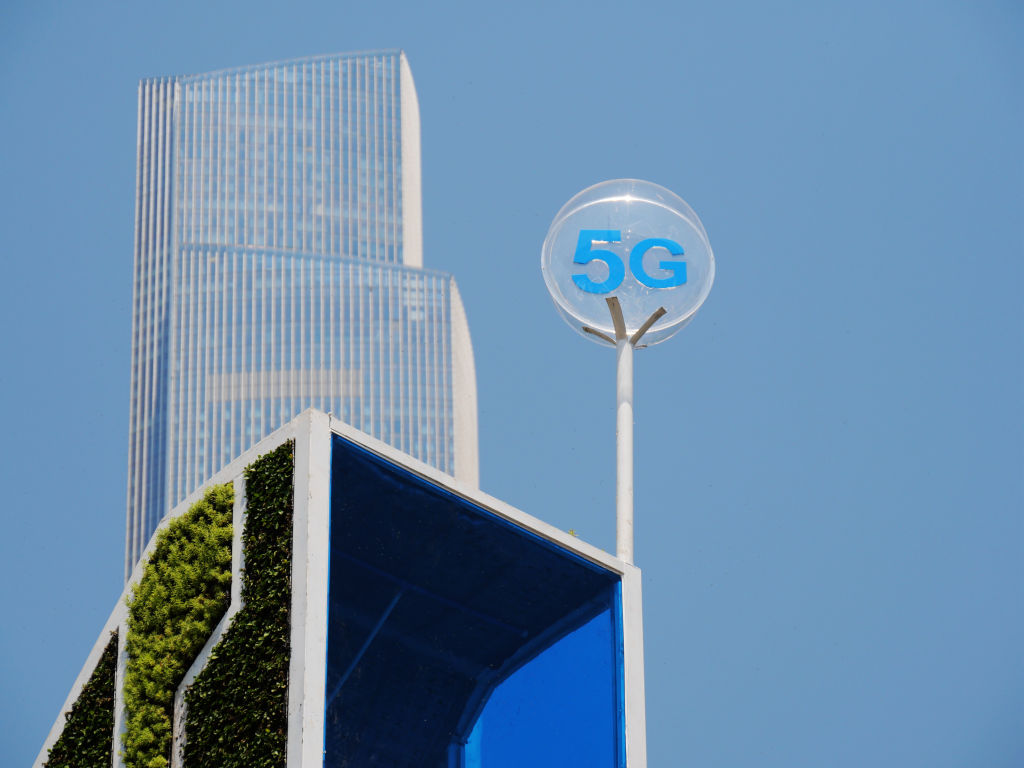 China is set to make 5G networks available to the masses earlier than expected, giving the country a significant upper hand in the “race” against the U.S. for a 5G future.

At a technology conference in Beijing on Thursday, officials announced that China’s three major telecom providers will roll out commercial 5G services on Friday, two months ahead of plan. The initial launch will make the groundbreaking mobile Internet service available in major cities like Beijing, Shanghai, Guangzhou, and Hangzhou. China’s aim is to bring 5G to over 50 cities by the end of the year. Yet even before this, China’s 5G commercial launch will immediately put China in contention for the world’s largest 5G network.

“This puts China neck and neck with South Korea, as the largest 5G network in the world, based on the number of 5G base stations,” said Stephane Teral, an analyst at IHS Markit. “No-one is close to (China’s 5G footprint).”

Over the past few years, 5G has attracted significant attention from governments and industries for its vast potential.

Beyond promising to provide nearly instantaneous movie downloads to mobile phones, 5G networks are seen as a boon to the Internet of Things; they could lead to the mass adoption of self-driving cars, the mass availability of robotic surgeries, and the growth of smart cities outfitted with high-tech features like A.I.-powered traffic lights.

China is by no means the first country to release 5G technology to consumers. Over 40 countries around the world—and dozens of cities in the U.S.—already have some version of the mobile technology in use. Yet the introduction of 5G to China’s domestic market stands apart because, unlike U.S. rollouts, its spectrum allows for the deployment of the technology on a massive scale.

In the United States this year, providers such as AT&T, Verizon, and T-Mobile began making 5G networks available to consumers in select markets. Consumers with access to this technology have enjoyed lightning-fast Internet speeds, but these networks have depended on base stations that employ high-frequency spectrums.

High-frequency spectrums technically provide the fastest Internet speeds, but they cover a limited physical territory. In China and much of the rest of the world, 5G development has largely focused on low- to mid-frequency spectrums because base stations with lower-level spectrums can reach a larger surface area.

“You need a very good mix of bands, capacity bands, and coverage to fully deliver the promise of 5G,” said Teral. “At the moment, we have a U.S. market asking for one frequency while the rest of the world is asking for a common frequency.” That, he said, has isolated the U.S. in this regard.

U.S. telecom carriers’ focus on developing higher-frequency spectrums is due, in part, to the fact that lower-end spectrums are owned by the U.S. government and military. In recent months, the U.S. government has pushed to sell off mid-tier 5G spectrums, dubbed the ‘Goldilocks’ spectrum, in bids to spur 5G development on a more mass scale.

China has secured a “first maneuverer advantage” that may be difficult for the U.S. to overcome, said Alan Segal, director of the Digital and Cyberspace Policy Program at the Council on Foreign Relations. But China’s head start doesn’t necessarily mean the U.S. won’t compete in the future.

“Certainly when it comes to base stations, and rolling out some of the equipment right now, the United States is behind right now,” he said. “But when it comes to eventually developing the services and products that are going to come on 5G there’s no reason to think the U.S. won’t be the leader—if not extremely competitive with China.”

China’s commercialization of 5G will also provide a major boost to some of its largest technology companies, notably Huawei, which is responsible for building nearly half of the country’s 5G network.

“Huawei’s home turf is a huge market … so [it has] economies of scale, economies of scope that no-one else can enjoy,” Teral said. “That gives it leverage to go after other markets in the world, at least where it is not banned.”

For the last few years, Huawei has aggressively pursued contracts to build 5G around the world, even as the U.S. has begged other countries to reject the advances and ban the firm from operating within their borders, characterizing it as a security risk. Huawei has repeatedly denied U.S. claims that it provides the Chinese government access to foreign countries’ data.

Seemingly referring to the technology company, President Donald Trump on Monday said the U.S. was “in opposition to those who would use 5G as a tool to expand control of their own citizens and to sow discord among nations.”

Some countries like Australia and New Zealand have banned Chinese firms from building their 5G networks, which has provided an opportunity for other telecom firms to compete with Huawei’s 5G capabilities, said Teral.

“Ericsson and Nokia remain formidable competitors on the world stage,” Teral said. “They are flexing their muscles and taking opportunities left by Huawei (in countries where Huawei was banned).”

Noticeably absent from the discussion are any U.S. firms that are building 5G networks on the international stage. Segal says this—plus security concerns—may explain the U.S.’s harsh response to Huawei and its increasing global clout.

“A lot of it is also driven by the realization that (the U.S.) doesn’t have a manufacturer in this space, so, let’s try to slow the Chinese down,” Segal said. There’s alarm in the U.S. that it’s found itself in this position, he said.

—China’s unicorns have overtaken the herd in the U.S.
—Has the trade war actually hurt tech?
—Google and NASA claimed quantum supremacy, but China’s not far behind
—The U.S. tech world is watching China’s advances in A.I. warily
—Why China’s digital currency is a ‘wake-up call’ for the U.S.
Catch up with Data Sheet, Fortune’s daily digest on the business of tech.