Google and NASA Have Claimed Quantum Supremacy, But China Is Not Far Behind the U.S. 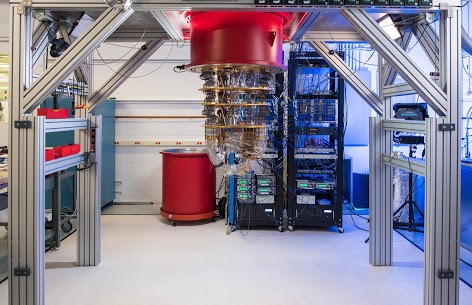 When Google announced it achieved quantum supremacy last week, the Silicon Valley giant meant it had built a quantum computer that vastly outperforms classical supercomputers, performing in three minutes a task that would allegedly take the world’s fastest supercomputer, IBM’s Summit, 10,000 years. When members of the U.S. government talk about achieving quantum “supremacy,” however, they’re talking about beating China.

“In America, as with many of our likeminded international partners, we believe deeply that freedom coupled with a spirit of cooperation and strong public and private institutions produce incomparable innovations,” Michael Kratsios, Chief Technology Officer of the United States, wrote in an op-ed for Fortune shortly after Google’s announcement on quantum supremacy was published in Nature.

“This stands in stark contrast to our competitors, like China, that believe innovation is the result of public funding, government mandates, and bureaucratic plans,” Kratsios said, directly highlighting the competition between the two superpowers.

In truth, America’s achievements in quantum computing have been aided by public funding, too. Google’s research into quantum computing was done in partnership with publicly-funded NASA and, last year, the Trump Administration signed the National Quantum Initiative Act and committed $1.2 billion to quantum research over five years.

Trump’s Quantum Act was only implemented after the Center for a New American Security, a non-government think tank, warned that China has positioned itself to snatch the lead in quantum technology.

“Within the past several years, Chinese researchers have achieved a track record of consistent advances in basic research and in the development of quantum technologies, including quantum cryptography, communications, and computing, as well as reports of progress in quantum radar, sensing, imaging, metrology, and navigation,” the report said.

China highlighted quantum computing as an area of strategic importance in the country’s 13th five-year plan in 2016. The next year, Chinese firms filed twice as many quantum-related patents as their U.S. counterparts did, according to data from Patinformatics, a research firm that analyses patent applications.

However, Guo Guoping, professor at the University of Science and Technology, told the South China Morning Post that China is still three to five years behind the U.S. in quantum development. Chinese researchers are currently working on 24-qubit chips. The Sycamore quantum chip designed by Google stores 54-qubits.

Dr. Ravi Ramanathan, Assistant Professor at Hong Kong University’s Department of Computer Science, says that although China lags behind the U.S. on quantum computing, it is leading in a different sector of quantum information technology: communication.

“Quantum communication technology is going to be far more secure than current encryptions systems, so China has focused its efforts there, which is completely reasonable. They only recently started looking at quantum computers,” Ramanathan says.

For China, investing in quantum communication is a pre-emptive defence mechanism that sidesteps the U.S.’s attempt to develop better tools for cracking secure communication lines.

Quantum computers—like those Google and NASA have developed—will likely be able to crack the digital encryption keys that currently secure transmissions. Quantum communication, however, uses a phenomena known as quantum entanglement—where two particles mirror each other perfectly—to secure information. It is, supposedly, unhackable.

Scientists have been able to achieve secure networks through quantum entanglement since 2004. However, because the particles that secure quantum networks are volatile, casting a quantum network over a large distance has been a challenge.

In 2017, an Austro-Sino research team called Quantum Experiments at Space Scale (QUESS) had a breakthrough and established a quantum-secured link that transmitted a message 745 miles. Previously, the range maxed out around 60 miles.

Military use will, of course, not be the only application for quantum technology but it will be an important one. In that arena, China appears to have advanced beyond the U.S. As for computing, Ramanathan says, “The fact that China is behind currently is not an indicator that they will lag behind forever.”

—China’s unicorns have overtaken the herd in the U.S.
—Has the trade war actually hurt tech?
—The U.S. tech world is watching China’s advances in A.I. warily
—Why China’s digital currency is a ‘wake-up call’ for the U.S.
—China’s 5G is ahead of schedule, on a spectrum the U.S. can’t match
Catch up with Data Sheet, Fortune’s daily digest on the business of tech.