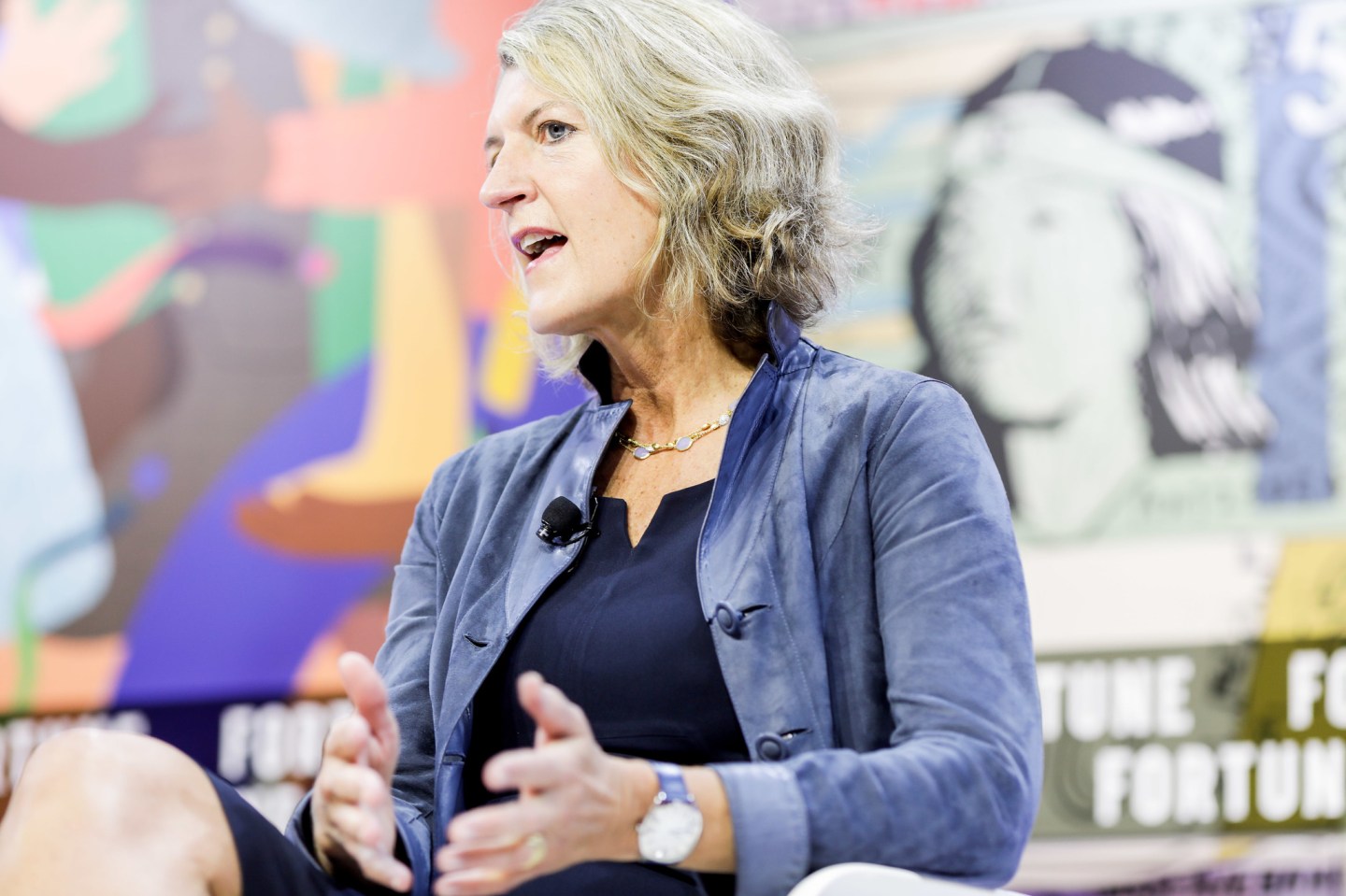 Adverse conditions during planting season, an early frost that has begun to hit crops, and President Trump’s ongoing trade war are just a few of the factors weighing on American agriculture these days.

Beth Ford, President and CEO of Land O’Lakes, and Denise Johnson, Resource Industries Group President of Caterpillar, spoke at Fortune’s Most Powerful Women Summit in Washington, D.C. on Tuesday about why improving the quality of life in rural America is the best way to alleviate the industry’s struggles as a whole.

“Rural America is the new inner-city, we have to be clear about that,” Ford said. “We probably have 4,000 to 5,000 retail outlets in rural communities, so the question is: can we use those platforms to solve bigger problems in the community?”

She thinks the answer is yes. Ford said a majority of her focus now is going toward promoting broadband accessibility for rural America in order to bolster economic development and social equity. Ford is also working to help her farmers obtain affordable healthcare. She said they have enough issues to worry about and healthcare should not be one of them.

Land O’Lakes acts as a farmer owned co-op. Thus, Ford said that when she helps rural communities, she is ultimately helping her company as a whole.

Johnson agreed, saying that after over two decades at Caterpillar, she has realized her people are the lifeblood of the business. “I would say transparency with people is the most important,” Johnson said. “Not only being transparent, but being very clear about what your intentions are for the future and where you’re going is very important.”

Caterpillar and Land O’Lakes are both in businesses that tend to see boom-and-bust cycles, and consequently, both Ford and Johnson are continuously looking for innovative ways to drive business.

“We’re in a cyclical business, so we’re really focusing on where we can grow that isn’t cyclical,” Johnson said, noting the company’s recent push to expand its services offered to customers, in areas such as monitoring and repairing equipment.

Attracting talent is another issue that is impacting industrial farming. Both Ford and Johnson said they are struggling to hire the talent they want, especially females. “For some reason, women just don’t seem to identify with the construction and farming industries,” Johnson said.

While women comprise just over 36 percent of the agricultural labor force in the United States today, Johnson is hopeful that number will continue growing.

—Retired Air Force Colonel Martha McSally on why courage is just as important off the battlefield
—Female directors agree a “blunt instrument is necessary” to get women on boards
—Susan Rice calls Trump “erratic and untruthful” and recounts Benghazi fallout
—Peloton’s CFO has “so much sympathy” for WeWork
—Social purpose is imperative for competitive hiring today, executives say
Keep up with the world’s most powerful women with Fortune’s Broadsheet newsletter.