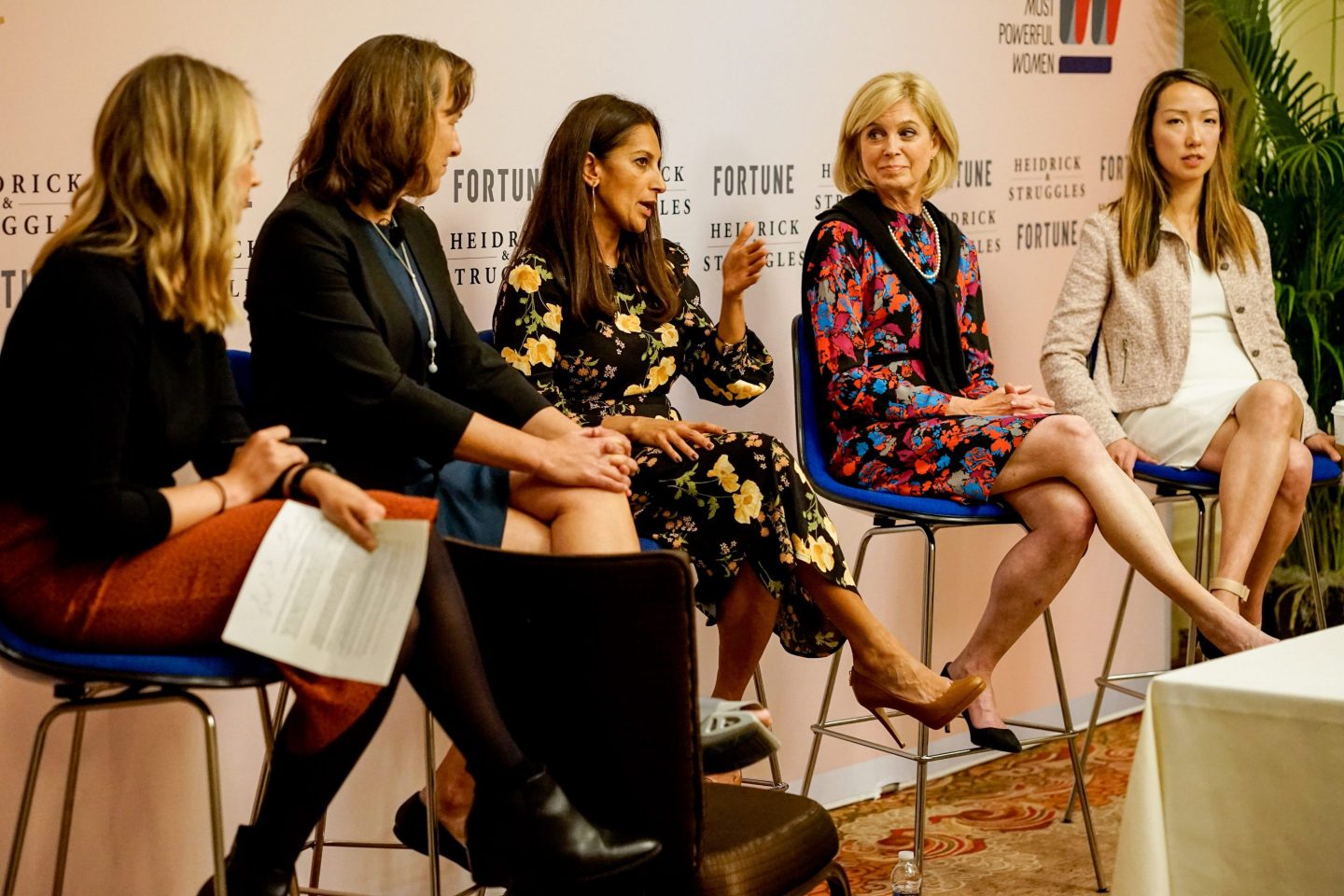 Only 9% of male board directors support mandates—like California’s recent law—governing the gender makeup of boards of directors, according to a recent PwC survey. Forty-six percent of female directors support those quotas—as did panelists at Fortune’s Most Powerful Women Summit in Washington, D.C.

“If that’s what it takes to get boards acting, who have been doing the same old thing for decades, then great,” Shih said.

Women hold 20% of board seats on the Russell 3000, and a handful of Fortune 500 companies still have no women on their boards. The California legislation signed into law a year ago requires public companies headquartered in the state to have at least one woman in one of their director seats by the end of this year or face penalties. Companies will need two or three women on their boards by the end of 2021, depending on the size of those boards.

Seeing progress move slowly has changed executives’ and directors’ thinking on the issue. “Four years ago I probably wouldn’t have been [for quotas],” Cassidy said. “If it’s not going to come on its own, sometimes a blunt instrument is necessary.”

The panelists had some concerns about the California law, which is the first such rule in the U.S., but follows in the footsteps of similar government efforts in Europe. Foutty worries that the legislation could lead companies to pursue the same small group of women for their directorships, putting more on those women’s plates without giving those opportunities to other qualified women.

“Blunt instruments are bad if there’s a supply problem, but look around the room,” Shih said to Fortune‘s Most Powerful Women Summit delegates. “Every single one of you should be on a board.”