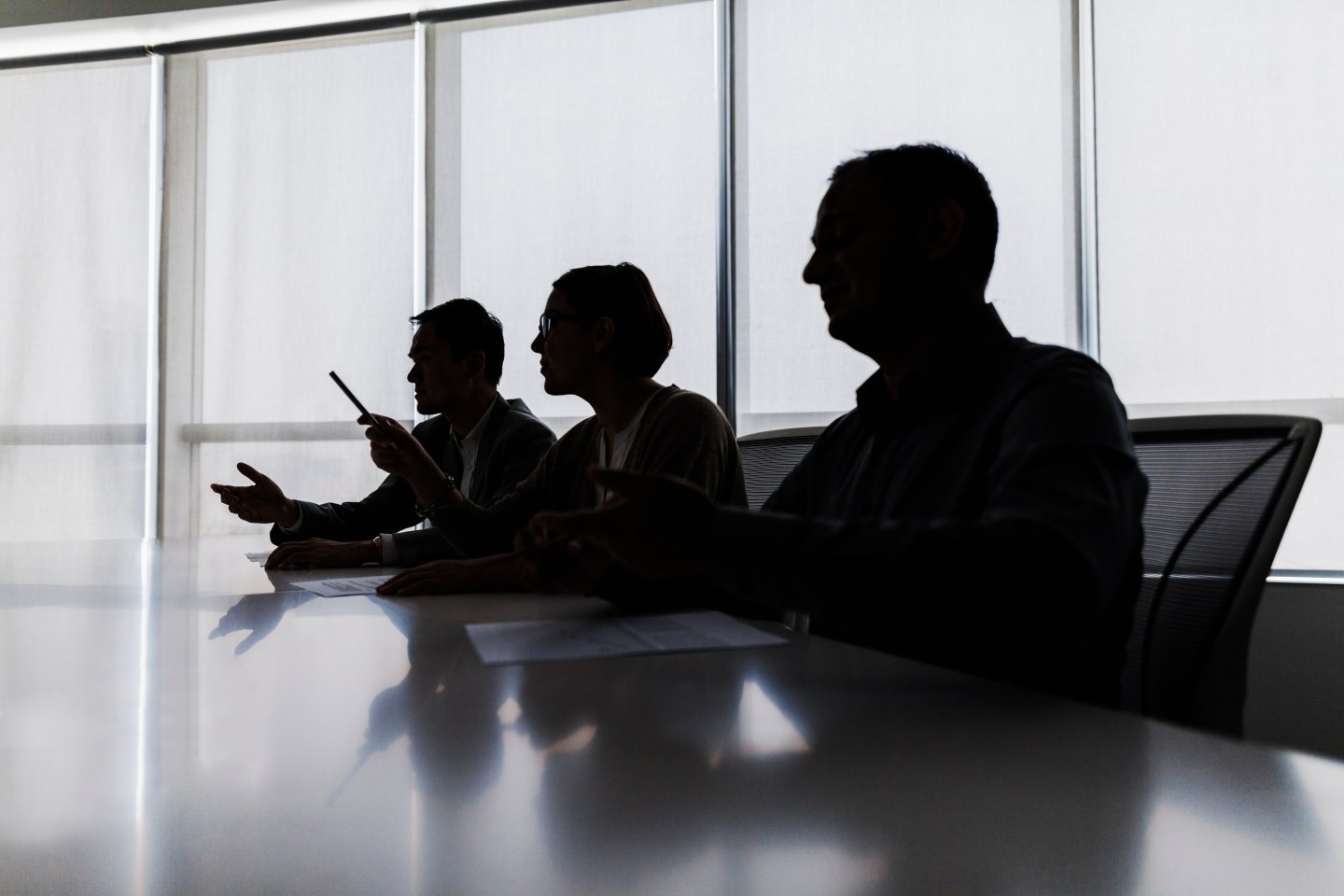 Corporate directors think diversity improves their boards—they just don’t want to be bothered about it anymore.

Sixty-three percent of board directors now say that their investors devote too much attention to board gender diversity, according to PwC’s Annual Corporate Directors Survey. The last year seems to have pushed directors over the edge; only 35% said the same in 2018.

“They’re saying, ‘We heard you, we’ve taken a lot of measures and we’re focused on it—now go away and focus on something else,'” says Paula Loop, the leader of PwC’s Governance Insights Center.

According to PwC’s analysis, the push for gender diversity on boards went mainstream with State Street Global Advisor’s installation of the Fearless Girl statue on Wall Street in 2017 and subsequent shareholder activism for gender diversity. Other campaigns like 2020 Women on Boards aimed to get women in more of these corporate positions by the new decade.

Those campaigns have had real effects. Women now hold 20% of board seats throughout the Russell 3000—ahead of the 2020 goal. As of this summer, not a single company in the S&P 500 had an all-male board. Those accomplishments seem to make directors feel like they’ve done enough.

But the S&P milestone isn’t yet true for the Fortune 500—where a handful of private companies don’t face the same level of shareholder pressure—and while the 2020 milestone was met, men still hold an overwhelming majority of board seats in corporate America.

That progress—significant but not close to 50%—may be the reason there’s a gender split among current directors as to whether they should stay focused on the issue. A full 72% of male directors say too much attention is paid to gender diversity, while only 25% of female directors agree. Seventy-six percent of the men surveyed said they believe boards will naturally become more diverse over time; 33% of women said the same. Forty-six percent of women support laws mandating board diversity, like in California, while male directors’ support was in the single digits: 9%. “Men are more tired of the topic than women, clearly. Men are saying, ‘Look we’ve heard you.’ Women are saying, ‘We need to continue to focus on this to really make it happen,'” Loop says.

There was a similar split among directors when it came to the question of racial diversity on boards. Sixty-seven percent of men said shareholders pay too much attention to racial and ethnic diversity on their boards, while only 21% of women said the same. Racial and ethnic diversity among directors, however, has received nowhere near as much attention or shareholder activism as gender diversity. People of color held 16.1% of board seats in the Fortune 500 in 2018. “They’re just thinking of diversity and lumping it all together as one discussion,” Loop says.

—The gender pay gap is bad in finance, particularly among asset management firms
—Meet the women leading Netflix into the streaming wars
—Old Navy is about to sail away from Gap Inc.—and into some choppy waters
—The 25 most powerful women in politics
—Best Buy CEO explains her big bet on healthcare tech
Keep up with the world’s most powerful women with Fortune’s Broadsheet newsletter.