Behind the Scenes at the Largest Beer Competition in the World 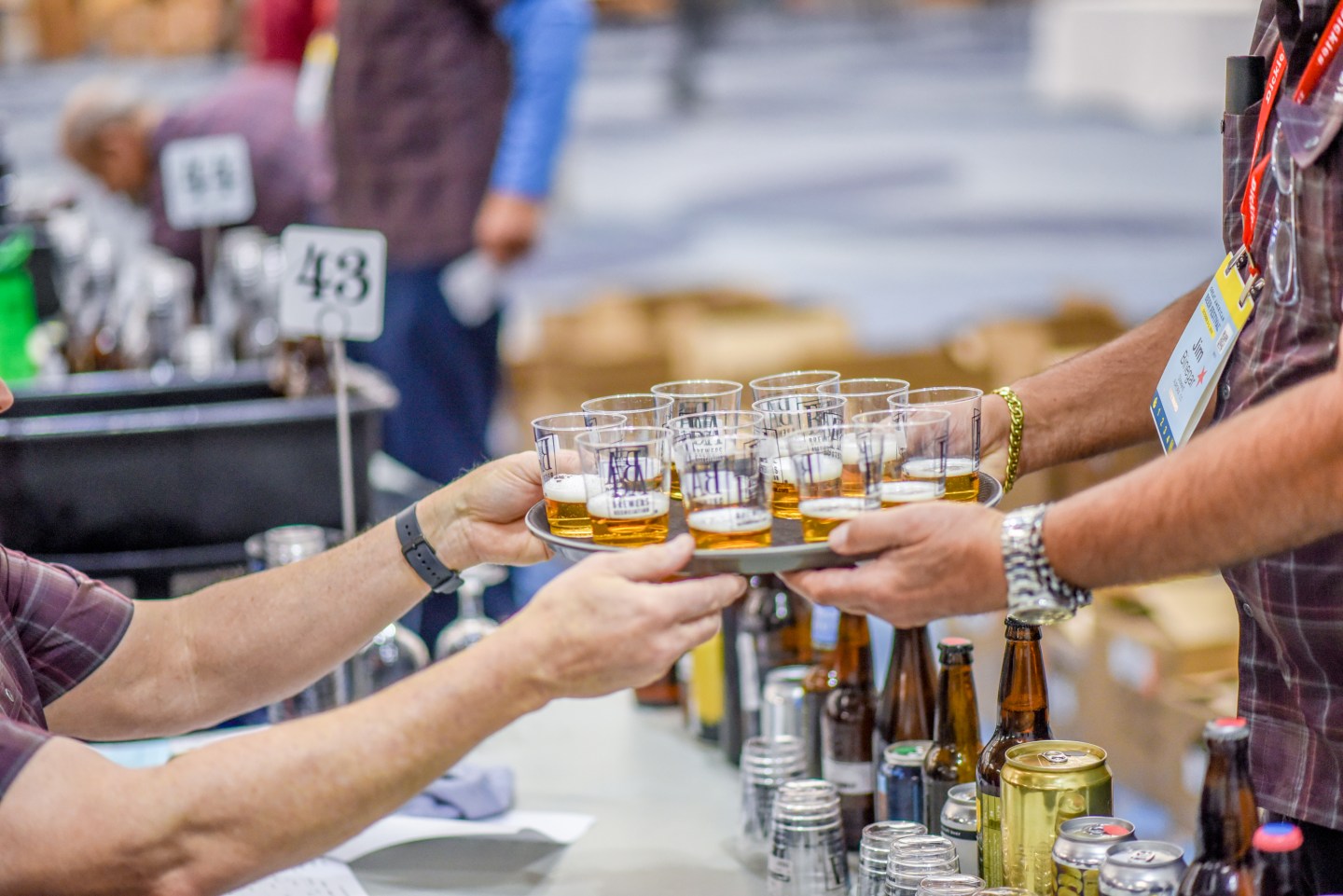 Earlier this month, Old Irving Brewing Company from Chicago beat out 347 other entries to earn a gold medal for its IPA, Beezer, earning it top honors in the most-entered category this year at The Great American Beer Festival, one of the largest beer festivals in the world and currently the biggest commercial beer competition in the world.

The Great American Beer Festival held its first competition in 1987 and included beers in just 13 categories. This year alone, 2,295 breweries—including Old Irving—submitted 9,497 beers to be judged for the competition across 107 categories and 174 different beer styles. Of those, only 283 breweries walked away with a gold, silver, or bronze medal, and 37 of those medal winners earned that honor for the first time.

The Great American Beer Festival is both one of the world’s largest beer festivals and one of the biggest beer competitions.
The Brewer’s Association

Before any medals were awarded, all those entries had to go through an intensive judging process. That started during the summer with those 9,497 beers being nominated by their respective breweries and then being sent from around the country to a warehouse in Colorado in August for the late September judging.

“We’ve got three different crews that run,” says Mike Bryant, who, as the sorting manager for the competition, organizes the massive project.

Traditionally, this organizational effort has been done entirely on paper. But this year it added a new barcode system in which brewers were each given a unique barcode for their beers. So when they packaged the bottles at their breweries, they could attach the barcode to the bottle or can, and then that code identifies and tracks the beer through the process.

A beer bottle with a unique competition barcode.
Emily Price

“One crew basically checks in all the beer and scans those to make sure that the beers that have been sent had been received by our warehouse. So if the brewers call, we know exactly what’s going on with their beer at all times,” Bryant says. The system also knows when a beer bottle broke during transit and can inform the brewer exactly which beer it needs to resend.

After beers are checked in, a second crew unpacks those bottles and cans of beer from the bubble wrap or other packing material, and then a third group sorts the beers into boxes based on style and then puts them in a massive 10,000-square-foot cooler, where they’ll remain until the competition begins.

One of the most interesting parts is that all that sorting is being done by volunteers who are paid only in leftover beer. “We have volunteers that have been volunteering for over 20 years—some going on maybe 25 to 30, actually, as long as the contest has been going on,” says Bryant. “It makes management really easy because I’ve got experience all around me.”

Last year, the competition included more than 8,300 beers from 2,200 breweries judged over 100 categories.
The Brewer’s Association

That experience makes that massive operation run like a well-oiled machine up until late September, when it’s time for those beers to be judged. “Basically we have a mountain of boxes of beers,” Chris Swersey, the competition manager for the Great American Beer Festival, tells Fortune. Swersey is in charge of making sure the whole competition runs smoothly.

While Bryant is responsible for making sure all those beers get sorted correctly, Swersey oversees the judging process. Not only does he organize who will be judging which beers, but he also must ensure that the judging process remains blind. That means that judges will never know the name of the beer they’re drinking or what brewery it came from. When you’re talking about over 9,000 different beers, that’s quite the undertaking.

“Most of the judges are brewers or beer professionals,” Swersey says.  Judges submit an application to judge the competition and submit that along with two recommendations from their peers for the job. Each one will manage only three flights of beer in a judging session across three different styles, avoiding palate fatigue. For instance, one judge might evaluate six pale ales, six red ales, and six IPAs in a session.

“We have 52 judging tables, and each table has either six or seven judges on it. Never less than six, never more than seven,” Swersey says. “Those judging tables are in a series of rooms that are closed off from the public so it’s a quiet, remote space.”

Beside those secret judging rooms is a staging area organized by Swersey that also has 52 tables—one table for each group of judges—where volunteers prepare the beer samples to be judged. A massive Excel spreadsheet on the wall helps keep things coordinated.

At each staging room table, a captain will find the correct beers to be poured at the correct time. Two stewards will then deliver that beer to the judges. To keep things fair, those stewards are the only people allowed to enter both the staging area and the judges’ room.

Thanks to the barcode system, each beer is poured out of a coded bottle or can into glasses with the corresponding barcode on them as well. While the judges never know what is in their glass, that barcode ensures that the team behind the scenes always does.

“The judges have no idea what’s being poured. They don’t see the bottle, they don’t see the can. They know nothing about the identity of the brewery or the brand’s name, none of it. All they know is what’s in the cup. So it’s entirely a sensory exercise,” Swersey says. “That blind aspect is really important.”

When the first judge tastes that particular beer, that individual also writes up feedback for the respective brewer on that experience. Then the judges select their top three beers from the flight of six or seven to go on to the next round, where different judges will give them a taste alongside the “winners” from other judging tables.

“A category like IPA is really big. It takes us five rounds of judging to get through it,” says Swersey. “In all categories, in the first round, the judges are providing written feedback and comments to the brewer.”

That feedback is an important aspect of the competition, as most of the beers are going home without a medal. “What they do get back is comments about their beer from a panel that has trained judges who really know their stuff and are able to tell the brewer, ‘This is what I perceived when I tried your beer.’ And it gives brewers the chance to improve their recipe or their technique over time,” Swersey explains. “The brewers really take it to heart, and they work at improving their beers. And they send it the next year, and hopefully make it better.”

And hopefully earn one of those coveted medals on stage at the festival’s massive awards ceremony.