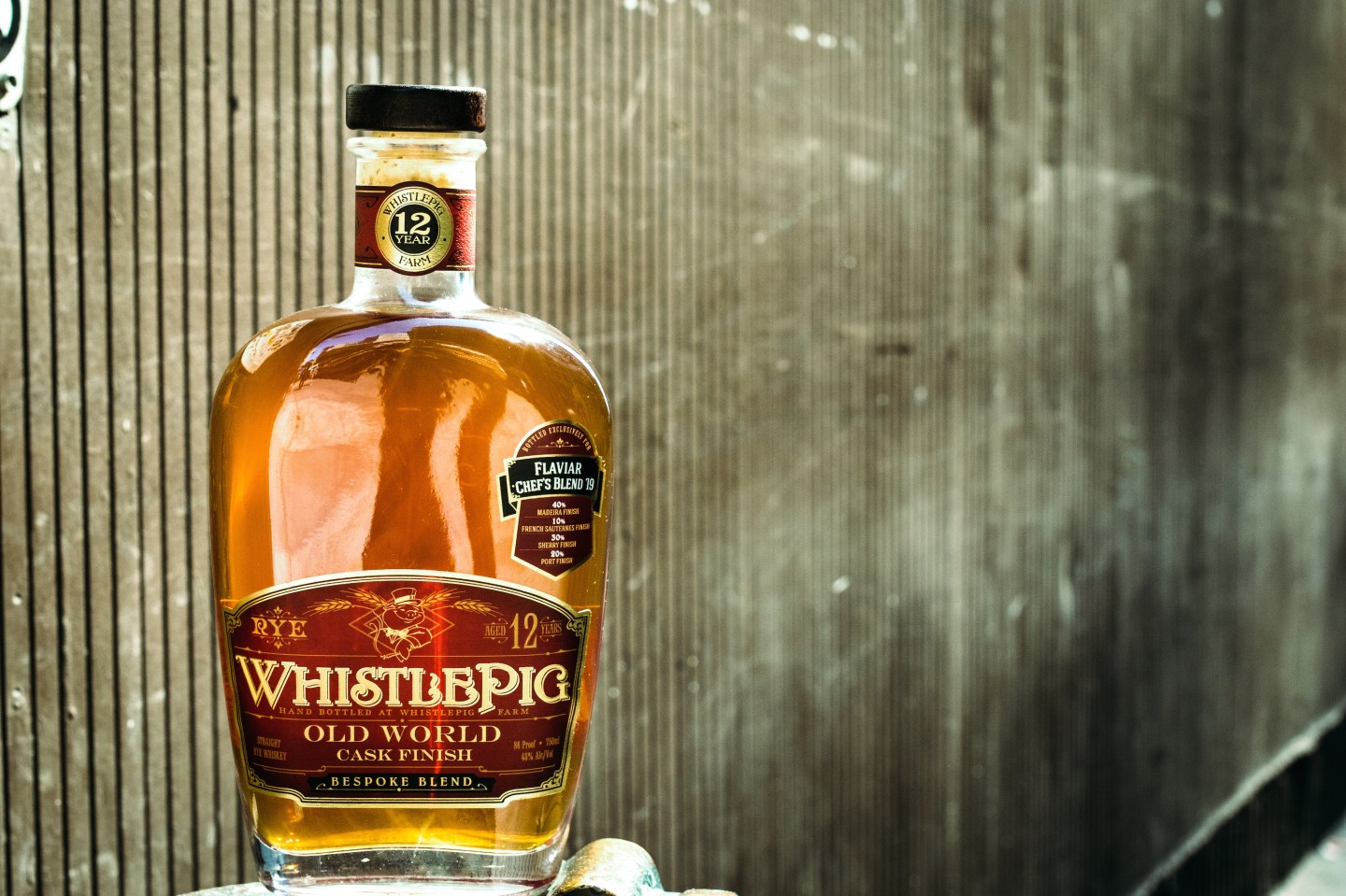 WhistlePig Rye Whiskey’s fall season started early with the recent release of its new limited-edition blend, which was the result of a collaboration with craft spirits club Flaviar along with four of the country’s top chefs.

The WhistlePig X Flaviar Chef’s Blend 2019 will be sold exclusively via Flaviar.com when it goes on sale on Monday, Oct. 7. Available to consumers in the United States and Europe, Flaviar membership is $300 a year or $95 a quarter.

The four chefs who helped whittle down the blend—composed entirely of wine casks—are Michael Gulotta of MOPHO and Maypop in New Orleans; Jamie Malone from Minneapolis’s Grand Café; David Posey, one-half of the dream team at Elske in Chicago; and Justin Woodward of Castagna in Portland, Ore.

“The process of blending a whiskey has much in common with the creative process of creating a menu, and so we thought it would be an interesting experiment to take four incredible chefs, who are real bastions of flavor, and have them play around with the blend of a new whiskey expression,” says Grisa Soba, cofounder of Flaviar.com.

Developed at the WhistlePig Farm in Shoreham, Vt., in June, the WhistlePig X Flaviar Chef’s Blend 2019 is made up of 40% Madeira, 30% Sherry, 20% Port, and 10% Sauternes. Madeira, Port, and Sauternes can be found in the 12-year-old WhistlePig, so the addition of Sherry Cask Finished Rye is a surprising addition for the limited-edition blend—also aged for 12 years.

On the nose, buyers can expect notes of plums, cherries, and vanilla, with gentle cinnamon aromatics. The spicy palate gives way to a touch of honey with a velvety texture, with a long, dark, fruity finish.

Only 1,000 bottles were produced of the limited-edition blend.
WhistlePig Rye Whiskey

All of these drinks are traditionally accompanied by food, and given the expertise involved, each of the James Beard–nominated chefs hosted special pairing dinners at their respective restaurants for Flaviar members in September 2019. Only 1,000 bottles were created for the Chef’s Blend 2019.

—A new distillery tells the true–and often untold–origin story of Tennessee whiskey
—The celebrity-branded liquor market is oversaturated
—Craft breweries are going hyper-local to source ingredients
—Some of California’s most famous wines came from a science experiment
—White Bordeaux wines are picking up steam. Here’s what you should knowFollow Fortune on Flipboard to stay up-to-date on the latest news and analysis.