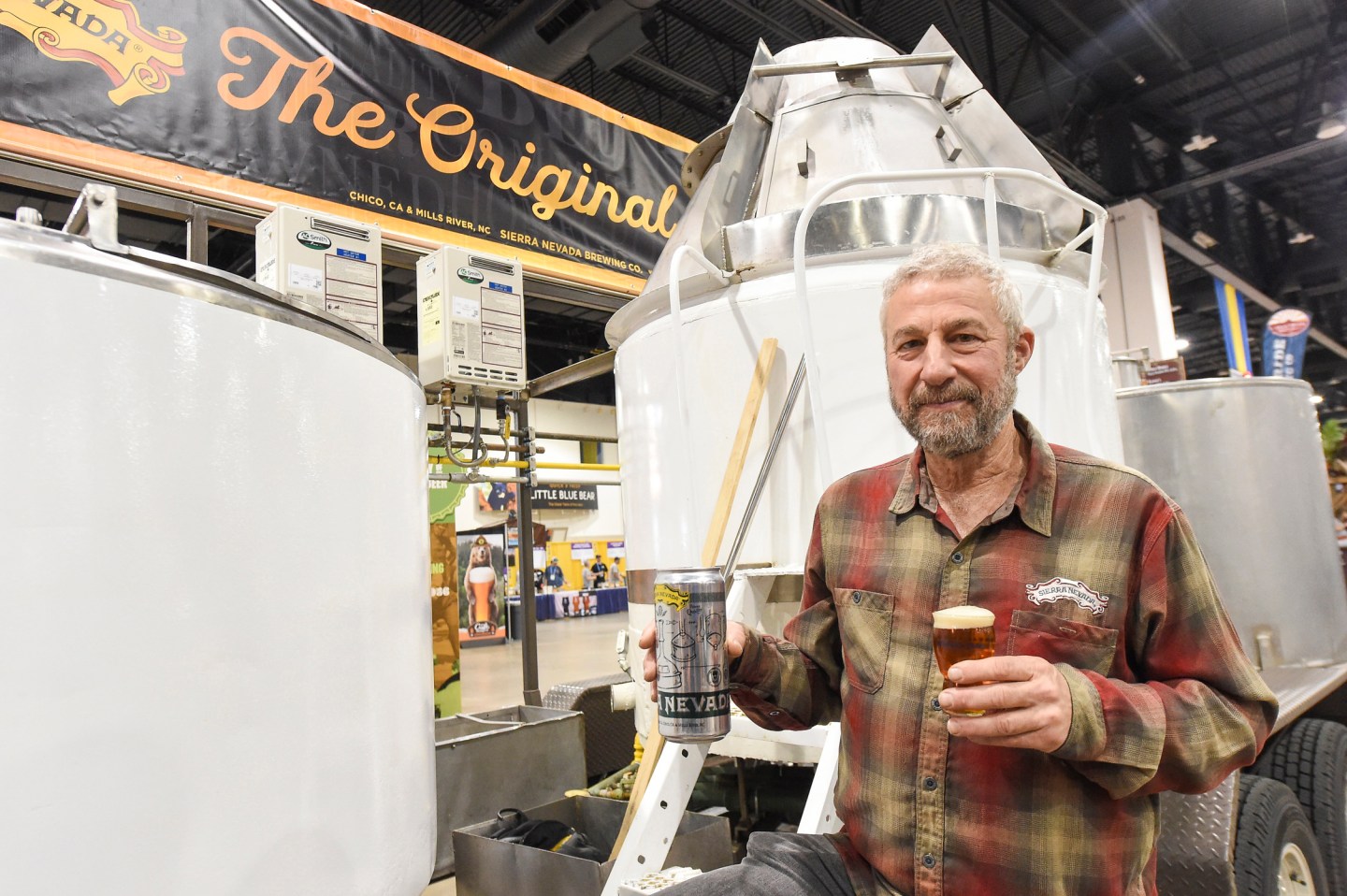 Ken Grossman, founder of Sierra Nevada, was on hand at the Great American Beer Festival to kick off a yearlong 40th anniversary celebration for the brewery. Denver, Colo. October 3, 2019.
Feature Photo Service

When Ken Grossman started Sierra Nevada Brewing in 1980, there were just 44 breweries in the U.S. The industry was so new in fact that he had to build his own brewing equipment out of recycled dairy equipment he’d foraged from scrapyards along the Pacific Coast.

“I was quoted somewhere in the early ’80s saying, for Sierra Nevada if we could ever get to 10,000 barrels—I sort of thought that was the limit of what consumers would be able to drink of hoppy, bottle-conditioned, aromatic beer,” Grossman tells Fortune. “I didn’t see it growing quite the way it did.”

Sierra Nevada and Grossman are credited with helping launch the American craft beer movement in 1980. While there were a mere 44 U.S. breweries back then, there are now more than 7,000 nationwide.

Grossman hasn’t been in possession of that homemade equipment for the past two decades—and he only recently reacquired it.

“I hadn’t seen it in over 20 years,” Grossman says. “I sold it to some friends who were starting a brewery in the late ’80s, and they moved it over to the North Coast and installed it. They brewed on it up until the last couple of years.”

Now almost 40 years later, Sierra Nevada Brewing—which has locations both in its original home of California and now North Carolina—is gearing up to celebrate a big birthday by going on tour with that original equipment.

Grossman says seeing the brewhouse equipment again brought back a lot of memories—especially of the year and a half it took him to assemble it. “I remember doing some of those welds and building some of those parts and pieces,” he says. “It was all hand-fabricated and tacked together—and it’s worked all these years. So it’s been 40 years that equipment has been making beer.”

The brewhouse’s countrywide tour got started at the 2019 Great American Beer Festival in Denver, with a small celebration on the show floor. But the first official scheduled tour stop will be at San Francisco Beer Week in February 2020. The equipment is also scheduled to appear at Homebrew Con in Nashville in June 2020, with more dates, primarily at beer-focused events, to be added soon.

“We’ve got a couple of places scoped out—we’re going to go with it,” Grossman says. He plans to let home brewers and others brew batches of beer on the equipment along the way.

For some perspective: That original brewing equipment is capable of brewing 10 barrels of beer at a time. Currently, Sierra Nevada is now brewing 1 million barrels a year—a far cry from Grossman’s original goal of 10,000.

Grossman attributes some of the brewery’s growth—and the popularity of craft beer in general—to Americans’ rising interest in the culture of food and drink in the 1980s when the brewery launched.

“I think it was just the right time for the consumer to want something different, something not so homogeneous and with a little character and flavor,” he says. “And craft beer was just part of that scene, and it worked out well.” Back in the day, Sierra Nevada’s first beers to go to market were its now-iconic Pale Ale as well a porter and a stout.

In honor of its birthday, Sierra Nevada is releasing a new limited-edition beer to celebrate: the 40th Hoppy Anniversary Ale. The West Coast IPA was brewed using Cluster, Cascade, and Centennial hops, and it has an ABV of 6%. It will be available in bottles starting Jan. 1, 2020.

“It’s hard to believe it’s been 40 years. It’s been—and continues to be—a very wild and rewarding ride,” Grossman says. “We’re continuing to do what we love independently, and it’s exciting to innovate new and unique offerings for the years to come.”

—A new distillery tells the true—and often untold—origin story of Tennessee whiskey
—The celebrity-branded liquor market is oversaturated
—Around the world in 12 cocktails
—Some of California’s most famous wines came from a science experiment
—White Bordeaux wines are picking up steam. Here’s what you should know
Follow Fortune on Flipboard to stay up-to-date on the latest news and analysis.