HBO’s ‘Watchmen’ Is an ‘Extrapolation’ of the Source Material 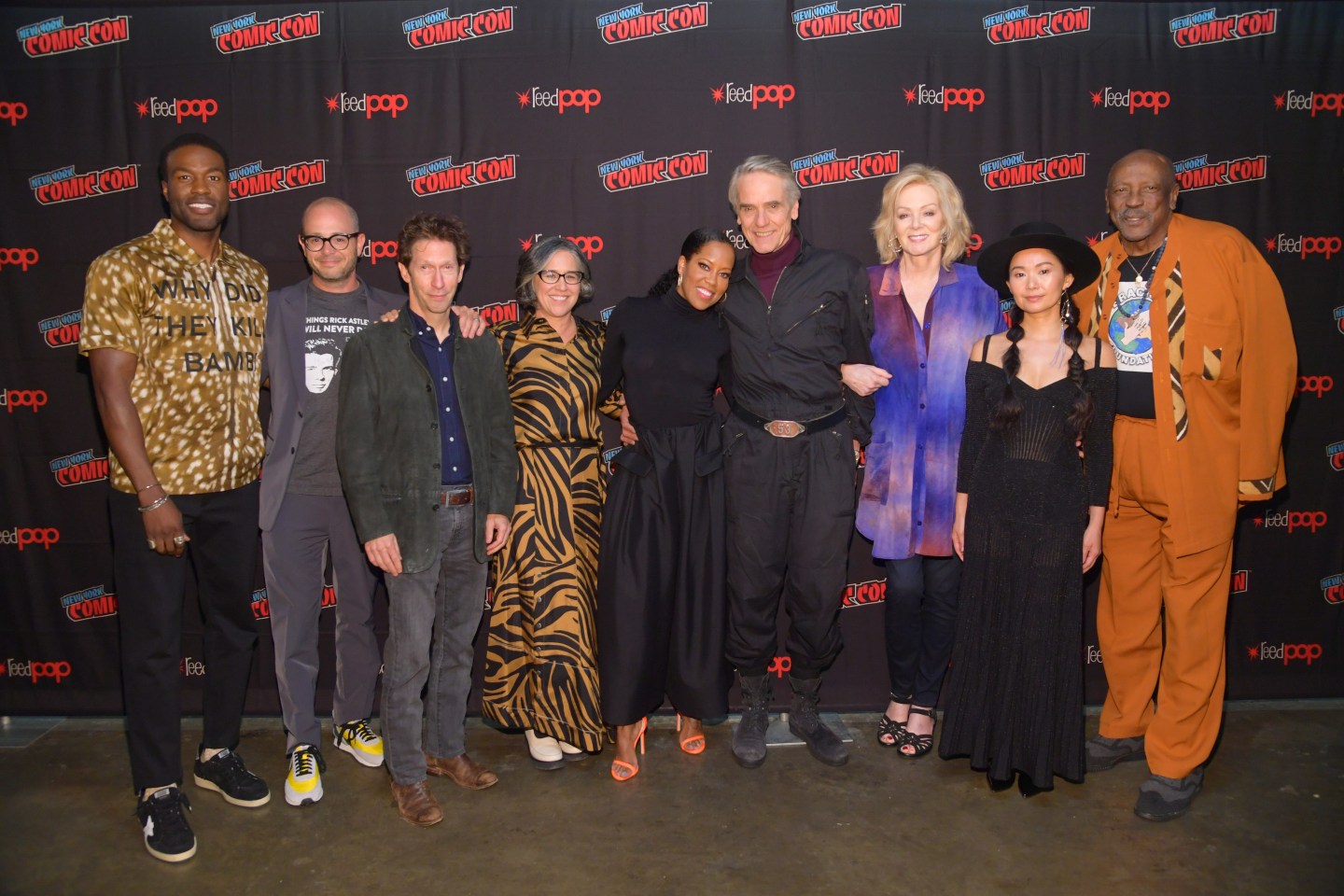 The upcoming Watchmen series on HBO will have a good number of references to the original story that comic fans will recognize, but it won’t be telling the same tale.

“I have such reverence for the original material and the idea of just kind of doing that again was not something that I necessarily wanted to see as a fan,” said series creator Damon Lindelof during a panel, which included a screening of the show’s first episode, at New York Comic Con Friday. “I just asked myself: What happened 30 years later? What happened to Adrian Veidt after he saved the world?”

Dave Gibbons, who co-created the seminal graphic novel with Alan Moore, said he felt confident with Lindelof overseeing the TV series and that the concept wasn’t a prequel or a sequel, but rather an “extrapolation.”

“You end up a million miles away from the circumstances of the graphic novel, but still with extreme fidelity to it,” said Gibbons, who joined the panel as a surprise guest. “There isn’t anything in this that contradicts the graphic novel. And so to me it is an amplification of it, rather than a dilution.”

Though some of the actors play characters from the original story, most have new roles. Those who weren’t initially familiar with the graphic novel took at least some time to acquaint themselves with it—with Smart calling it “mesmerizing.”

Meanwhile, Irons said that when Lindelof enthusiastically pitched him the story over lunch, he “understood about 10% of what he was saying. And he was talking about this graphic novel, comic book world, of which I knew nothing because I live in England and I’m over 45—somehow that whole world had passed me by.”

But after Irons read a portion of the script, he found his character, described by HBO as “probably who you think he is,” interesting, eventually concluding that if Lindelof felt he could be helpful to the story, he was “aboard.”

King, who previously worked with Lindelof on The Leftovers, and also said she was a fan of comic book characters like Wonder Woman and Firestar, said her character Angela Abar/Sister Night appealed to her because of her complexity.

“She just blew me out of the water. How could I not say yes?” she said.

Lindelof maintained his reverence for the source material throughout the panel, talking about how it had taught him the art of storytelling. And he seems to have kept those lessons in mind for this version of Watchmen as well, indicating that the story would be resolved by the end of the first season and that future seasons, while possible, weren’t mandatory.

“We plotted out these nine episodes so we knew exactly where we were headed. And that every mystery, every question that we were asking would be resolved,” he said.

“If the conversation that surrounds the show seems to suggest that you’re hungry for more, we’ll certainly take that into consideration,” Lindelof said, adding that his team’s job was ultimately to give viewers a complete package.

Though the series doesn’t require viewers to study the original story, Lindelof also expressed hope that the project would inspire people to read it.

“Our version of Watchmen, if it becomes a gateway drug for them to go buy the original 12 issues that are now packaged as a graphic novel and read it, it is one of the greatest things ever written and illustrated in my humble opinion,” he said.

—M. Night Shyamalan says Apple TV+ presented new opportunities
—Nick Kroll on the “meta” experience of making Big Mouth
—Will Adam Sandler finally get an Oscar nomination?
—How Comedy Central grew up to hold its own against Netflix
—Musicians and fans unite to keep facial recognition tech out of concerts
Follow Fortune on Flipboard to stay up-to-date on the latest news and analysis.