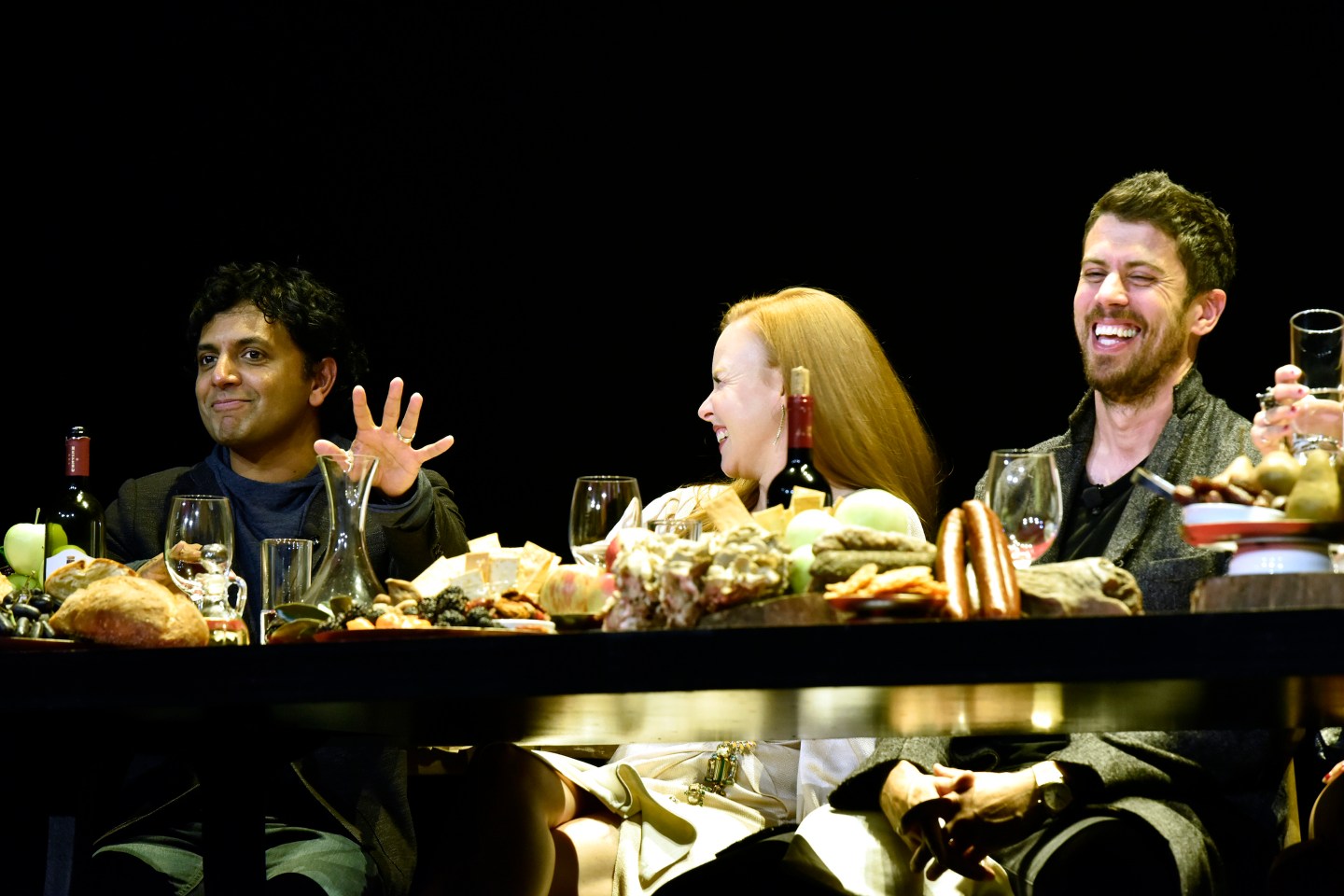 M. Night Shyamalan said teaming up with Apple on his latest project, the 10-episode psychological thriller series Servant, was an attractive prospect due to a shared minimalist aesthetic with the company, as well as the chance to help define its soon-to-launch streaming service.

Noting that viewers now consume content differently, the filmmaker known for horror fare such as The Sixth Sense and The Visit, as well as the Unbreakable trilogy, said Thursday night that working with “the biggest company in the world” was an opportunity with significant reach.

Shyamalan, who executive produced the series and directed two episodes, made his remarks as new tidbits about the show, as well as a previously unseen trailer, were unveiled during a New York Comic Con-presented panel in Manhattan’s Hammerstein Ballroom.

Servant, written and created by Tony Basgallop, will debut on Apple TV+ Nov. 28.

The series focuses on a couple that hires a nanny to take care of their baby. The new trailer, which will hit the internet in another three to four weeks, according to Shyamalan, reveals that the nanny is caring for a doll, which originally served as a form of therapy for the wife after the couple’s child died.

The episodes are about a half-hour long, a length typically associated with sitcoms, which led Shyamalan to dub the show a “sit-thriller.” He said it could see it ultimately being a 60-episode series—which would be along the lines of “30 episodes of Game of Thrones.”

While Servant isn’t Shyamalan’s first foray into television—he also executive produced the two-season Wayward Pines on Fox—he views the series as an opportunity to tell a different kind of story.

“It never leaves one location,” he said of Servant, which was shot in Philadelphia and stars Lauren Ambrose, Toby Kebbell, Nell Tiger Free, and Rupert Grint. “It has this almost play-like quality to it.”

Ambrose, who joined Shyamalan onstage with her fellow cast members and Basgallop, said Servant involves a lot of attention to detail.

She went on to say that nothing about the show, including the production process, was haphazardly thrown together.

“In television, it’s often so fast. And this wasn’t that,” Ambrose said. “Both Apple and [Shyamalan] just allowed all departments to be as creative as they can.”

—M. Night Shyamalan plots two more thrillers at Universal
—Will Adam Sandler finally get an Oscar nomination?
—How Comedy Central grew up to hold its own against Netflix
—Netflix bets its future on Stranger Things creators with new deal
—Musicians and fans unite to keep facial recognition tech out of concerts
Follow Fortune on Flipboard to stay up-to-date on the latest news and analysis.