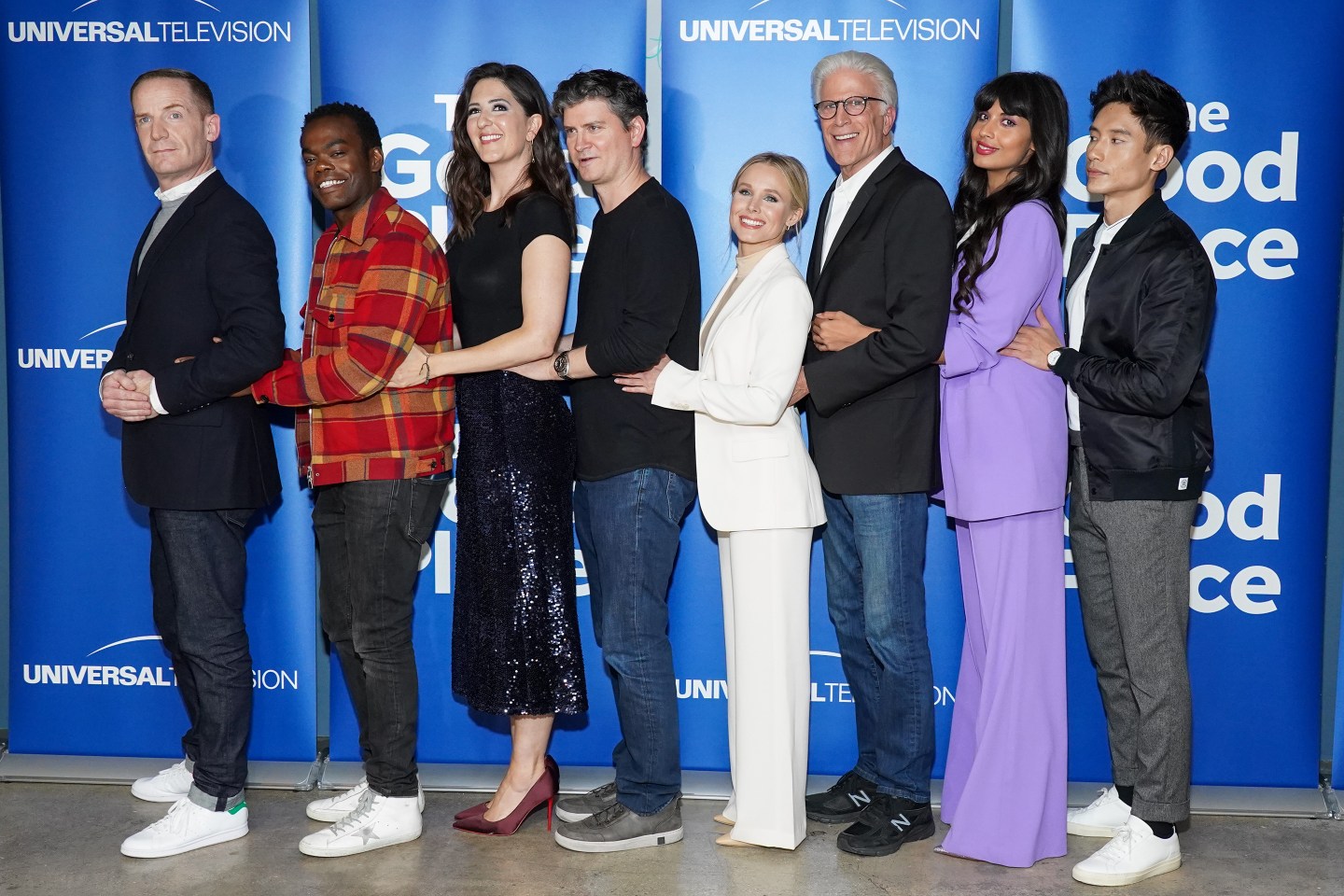 Mike Schur, the creator and executive producer of NBC’s The Good Place, has known for quite some time that the award-winning comedy would end after four seasons. But that doesn’t make saying goodbye any easier.

“It’s bittersweet, and a little maudlin, and all of the other clichés one might expect it to be,” Schur tells Fortune via email. “But none of my sadness is related to the creative decision, which I’m still sure was the correct one.”

In June, Schur broke the news to fans on Twitter that the show would wrap after its fourth season. He explained that following the first season, he and the show’s writing staff had charted the trajectory of the series. “Given the ideas we wanted to explore, and the pace at which we wanted to present those ideas, I began to feel like four seasons – just over 50 episodes – was the right lifespan,” he said in the Twitter post.

In its three seasons on the air, the Emmy-winning comedy starring Kristen Bell and Ted Danson has tackled thorny ethical issues, existentialism, nihilism, and the meaning of life—all while being forking hilarious.

Schur, known for his work on Brooklyn Nine-Nine, Parks and Recreation, and The Office, explains to Fortune that “as far as the ending goes, we came up with parts of it as early as season two, and it slowly fell into place over the last couple years.”

But just as soon as viewers thought they knew what to expect from the show, things went topsy turvy in the most delightful and surprising ways, when spoiler alert—The Good Place turned out to be The Bad Place, with even more plot twists to come.

With such a plot-intensive show, Schur says, “a big part of the challenge was making sure we brought the actual story to a satisfying conclusion—that’s different from shows I’ve previously worked on.  We spread parts of that long-term resolution over several episodes, so it wouldn’t all have to happen at the very end.”

Heading into the final season, fans are wondering if Chidi and Eleanor will end up together, if Michael will be retired, and if our hapless heroes will finally make it to the real Good Place. But Schur says he tried not to consider the fans’ response when planning the show’s ending.

“Of course we hope the fans are happy,” Schur says. “But you can’t write anything with fan satisfaction in the front of your mind—if you do that, you’ll invariably screw something up. You just have to execute the story you think makes the best ending, and hope it feels satisfying for the people who’ve been there from the beginning.

Just as he’s wrapping up the final season of The Good Place, Schur is ushering a new comedy into NBC’s primetime lineup. He serves as executive producer of Sunnyside, created by Kal Penn and Schur’s frequent collaborator Matt Murray. The show, which premieres after The Good Place Thursday, stars Penn as a washed-up former New York City councilman who helps a diverse group of immigrants become citizens. Given Schur’s involvement, it’s not surprising that “Sunnyside is giving off some serious Parks and Rec vibes. 7.5 on the buzz meter,” according to The Hollywood Reporter.

Meanwhile, Schur won’t have time to ponder the meaning of life (and afterlife) after The Good Place wraps. NBCUniversal’s newly named streaming service, Peacock, has ordered his next series, Rutherford Falls, a scripted comedy starring The Office alum Ed Helms.

The final season of  The Good Place premieres Sept. 26 on NBC followed by the premiere of Sunnyside.