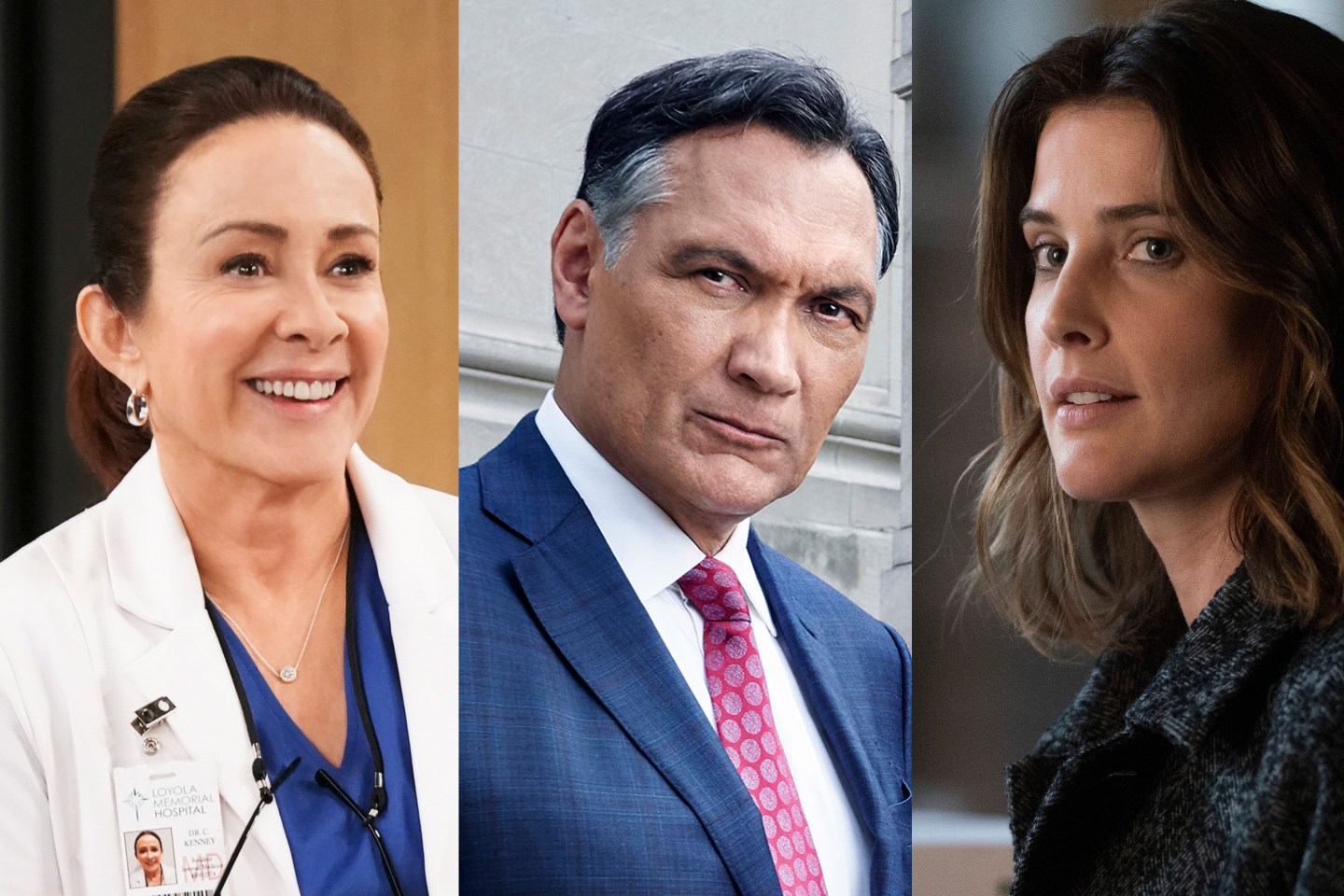 It’s fall TV season, which means a batch of fresh shows are coming soon—and even though many of the stories are new, viewers will likely encounter some familiar faces.

Confronted with more competition than ever before, broadcast networks, in particular, are betting that recognizable faces from hit shows of the past will help new shows break out from the clutter this fall.

“With marketing, you either have to have a familiar intellectual property—that’s why The CW has Nancy Drew, for example (premiering Oct. 9)—or a traditional TV star who will get booked on all of the talk shows and has a familiar face that people will tune in to see what they’re doing next,”  says Michael Schneider, senior editor at Variety.

That’s why many of the new programs premiering this fall will feature established TV stars with proven track records.

Jimmy Smits, the Emmy Award-winning actor known for his work on 1990s hit series L.A. Law and NYPD Blue and 2000s favorite The West Wing, last had a regular role on a TV series with FX’s Sons of Anarchy. He’ll return to primetime this fall as Elijah Strait, a legendary defense attorney, in the NBC drama series Bluff City Law, which will premiere Sept. 23 on NBC. NBC is betting on the new Memphis-set legal drama, giving it the coveted time spot following The Voice.

Another veteran of The West Wing, Bradley Whitford, will return to NBC primetime in the new comedy Perfect Harmony, in which he’ll play a retired Princeton music professor who leads a small-town choir. Whitford has an amazingly varied TV resume, with memorable roles in Transparent, Brooklyn Nine-Nine and, most recently, Hulu’s The Handmaid’s Tale. Perfect Harmony, which features an ensemble cast including Anna Kamp (Pitch Perfect) and Rizwan Manji (Schitt’s Creek, Outsourced), will premiere Sept. 26 on NBC.

Kal Penn, who has been a series regular on hit network shows such as House and Designated Survivor, returns to primetime as the lead in Sunnyside, a half-hour comedy that premieres Sept. 26 on NBC. Penn plays Garrett Modi, a washed- up former New York City councilman who devotes himself to helping a diverse group of immigrants who want to become citizens. Penn wrote the pilot and co-executive produces. “Sunnyside is giving off some serious Parks and Rec vibes. 7.5 on the buzz meter,” according to The Hollywood Reporter.

ABC is betting on TV stalwart Cobie Smulders, best known for her role on How I Met Your Mother, to create some buzz for Stumptown, a new sitcom inspired by the graphic novel of the same name by Greg Rucka. Smulders will play a sharp-witted army veteran who works as a detective in Portland, Ore. New Girl regular Jake Johnson will play Smulders’ character’s best friend and potential love interest (will they or won’t they?). Stumptown will premiere Sept. 25 on ABC.

ABC is spinning off its established comedy Black-ish into a prequel spin-off Mixed-ish, focused on Black-ish’s Rainbow Jackson (Tracee Ellis Ross) coming-of-age as a mixed race child in the 1980s. This will be the second Black-ish spinoff since Grown-ish, centered around Black-ish character Zoey Johnson (Yara Shahidi) at college, which has been renewed for a third season at Freeform. Mixed-ish will premiere on Sept. 24 on ABC.

The Alphabet network will resuscitate the classic TV variety show Kids Say the Darndest Things with Tiffany Haddish. The original version was hosted by Bill Cosby and aired on CBS from 1998-2000. The new incarnation of the show will premiere on Oct. 6 on ABC.

In addition to its new Nancy Drew, The CW will launch Batwoman, based on the DC Comics character.  Ruby Rose will reprise her role as Kate Kane (aka Batwoman), who first appeared in an Arrow/Supergirl/The Flash crossover event in 2018. Batwoman will premiere Oct. 6 on The CW.

Netflix Has Got the Buzz

“There’s been a lot of buzz around The Politician,” says Marc Berman, TV analyst and editor-in-chief of Programming Insider. “Once you’re affiliated with Netflix, there’s automatic buzz. It’s the same way it used to be with HBO shows. You get an automatic buzz. More often than not, they’re stepping up to the plate with good stuff and it’s worthy of the attention they’re getting.” Of course, it helps that Netflix is working with established TV creators who have built-in fan bases.

The Politician will star Pitch Perfect’s Ben Platt in his first leading TV role. Platt will play a driven high school student who is determined to work his way to the presidency. The show, which will also feature a panoply of familiar faces from Murphy’s other shows including Gwyneth Paltrow (Glee), Jessica Lange (American Horror Story), and Dylan McDermott (American Horror Story), will hit Netflix on Sept. 26.

Also coming to Netflix this fall is El Camino: A Breaking Bad Movie. Written and directed by Breaking Bad creator Vince Gilligan, the film will arrive on Netflix on Oct. 11 before airing later on AMC, the original series’ home. This fall it seems on TV at least that everything old is new again. Considering the video announcing the date for the new Breaking Bad movie has racked up more than 8 million views since Netflix posted it on Aug. 24, it looks like that strategy may just pay off.

—Here’s when your favorite TV shows return this fall
—Music supervisors for Better Call Saul, Russian Doll, and Fosse/Verdon talk about their craft
—From GLOW to Stranger Things, behind the ’80s TV comeback
—Inside Succession with executive producer Adam McKay and actor Kieran Culkin
—Oxygen’s true crime rebrand continues to pay off
Follow Fortune on Flipboard to stay up-to-date on the latest news and analysis.