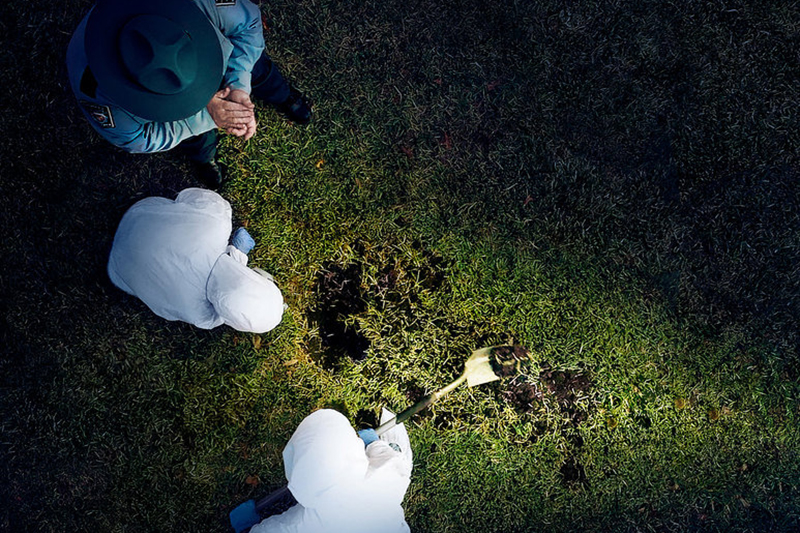 Oxygen is an outlier in the cable world.

Unlike the majority of ad-supported cable channels, the female-focused network’s viewership increased last year, reaching 16.4 million live streams and 10.2 million on-demand views—it’s already up to 11.1 million on-demand views this year, the cable network tells Fortune. In fact, Oxygen experienced the biggest growth in viewers of any TV entertainment channel in 2018. In our era of cord cutting, where “Netflix and chill” has all but replaced “watching TV,” Oxygen’s growth over the past couple of years is striking.

This is largely thanks to its 2017 true crime makeover. That year, Oxygen made an important pivot, trading in shows like Bad Girls Club and Hair Battle Spectacular for titles like Buried in the Backyard and A Lie to Die For. And audiences, mostly women ranging from age 25 to 54, are entranced. The network reports that it’s “the only ad-supported cable entertainment network currently pacing to post a third consecutive year of growth” among female viewers in that age range. Its live stream views went up by 132% from 2018 to 2019 so far, while its on demand views increased by 134% in the same period, Oxygen reports.

There are two main factors behind this success. First, true crime has emerged from the dark corner of the entertainment industry to become fully embraced by the mainstream. Second, niche channels fit with the current fragmented state of video entertainment, where people are more loyal to topics and tastes than to particular networks.

However, Oxygen has gone through a number of shifts since Geraldine Laybourne, formerly the president of Nickelodeon, then Disney-ABC Cable Networks, founded the network with Oprah Winfrey and several other producers in 1998 (it launched two years later). Is true crime a fad that will lead to yet another Oxygen rebrand, or has the cable network finally found its permanent, or at least long-term, footing?

Plenty of theories point to why true crime shows have unending appeal to female audiences. Some say women love true crime for the “vicarious thrills” and the “magical thinking” that if you read up on crime stories, those terrible things won’t happen to you. They’re drawn to true crime out of “compassion for victims,” or to “explore vulnerability” and “process anxieties.”

Scott Bonn, a criminologist, who previously worked in media, and wrote a book about the public’s obsession with serial killers, brings up an old journalism adage: “If it bleeds, it leads.”

Those in the entertainment industry have understood this for some time. As far back as the 1920s, people devoured pulp nonfiction crime magazines like True Detective, but as scantily clad women began to dominate the covers—not to mention the subject matter—true crime became officially “lowbrow stuff,” Bonn tells Fortune. Elevating it took some time. It hadn’t yet happened when Oxygen debuted its first big true crime series in 2004, the show that started it all: Snapped.

Developed in partnership with Jupiter Entertainment, which also creates true crime series for networks like Investigation Discovery, TLC, and TV One, Snapped focuses on women who “snap” and commit murder. “Our idea was to flip it,” says Stephen Land, CEO of Jupiter Entertainment. “To have the female not as the victim but as the perpetrator was unique at the time.”

But the show was still, for a time, considered the network’s “dirty little secret,” says Land. “I don’t think Oprah liked it, Gerry Laybourne had concerns about it, and ad sales was concerned.”

When Laybourne started Oxygen, she’d been on the board of Lifetime. According to entertainment brand strategist Lee Hunt (who’s worked with Oxygen and numerous other TV brands), Laybourne saw Oxygen as a way to make higher-brow programming for a female demographic. “I think Gerry and her team were programming for other really intelligent, very powerful female executives,” says Hunt. “And that wasn’t necessarily a very broad audience.”

Oxygen went through its various incarnations, getting “sexier” with the tagline “Oh!” and airing syndicated episodes of Xena, Warrior Princess. Then came the network’s Live Out Loud branding, an era that started with NBCUniversal’s purchase of the network in 2007 and ushered in reality programming like Bad Girls Club. A “ratings juggernaut,” as Oxygen’s EVP of original programming and development, Rod Aissa, calls it, the show brought in the “multicultural millennial viewers,” ages 18 to 24, which complemented the demographic of the Snapped audience, who skewed older.

Meanwhile, the network began to embrace Snapped. As part of NBCU, Oxygen had joined two other cable channels that catered to women, Bravo and E!, and it was having trouble finding exactly where it fit in. Snapped had become one of Oxygen’s most consistently high performing shows, and it differentiated the network from NBCU’s other female-focused channels.

“We could really feel a shift that suddenly there was an appreciation for what Snapped contributed to the network,” says Land. Oxygen started asking Jupiter Entertainment to develop more true crime series, which it did, like Killer Couples. Popular Snapped marathons (Land calls the show “sticky”) evolved into true crime weekends, which were a ratings success. This precipitated the network’s full 2017 rebrand to true crime, transforming it into a destination for the genre.

This year, says Aissa, Oxygen’s audience share has increased, along with its programming dollars. For two years now—since about the start of the rebrand—it’s been the fastest growing cable network. Oxygen’s programming team, consisting of predominantly women, has been making this happen by working with more shows led by women, gathering all the biggest voices in true crime, and tapping into millennial podcast culture.

“What I noticed is that with a deep investigation into something, a young millennial audience is along for the journey,” says Aissa. The podcast Up and Vanished, co-created by millennial host Payne Lindsay, is set to debut as a limited series on Oxygen next year. As for women-led series, there’s Oxygen’s new show with former prosecutor and journalist Nancy Grace, Injustice with Nancy Grace, Kim Kardashian’s upcoming series about criminal justice, and Relentless with Kate Snow, where the Emmy-winning journalist follows families seeking to solve crimes that resulted in their loved ones’ deaths.

Then there’s Paul Holes, the investigator who helped solve the Golden State Killer case. “We’re betting big on him,” says Aissa, whose plan is to bring “definitional voices” in true crime to the network. Holes, who “looks like you would cast him in the TV version of himself,” is a heartthrob among true crime fans. At CrimeCon, a true crime convention Oxygen sponsors, you can find numerous attendees walking around in “Hot for Holes” T-shirts.

Oxygen’s rebrand makes it one of the only networks fully dedicated to true crime. The other is Investigation Discovery, which essentially pioneered the niche. But networks that haven’t wholly pivoted to true crime also started getting interested in the genre around the time of Oxygen’s makeover.

“I did notice that around 2015 to 2017, no doubt there was more demand than we had ever seen—not only from the established true crime brands,” says Land. Jupiter even made a true crime series for the Weather Channel. “Everyone wanted true crime.”

Netflix’s success with Making a Murderer preceded documentary series about Ted Bundy and predatory priests, British telecom company Sky is selling crime series all over the world, and Lifetime’s movies—generally of the “women in distress” variety—have taken a markedly crime-focused turn.

But Lifetime isn’t going to become a network dedicated to the genre like Oxygen, says Hunt, who points out that with the WNBA and reality shows like Dance Moms, Lifetime is angling to remain a more general entertainment hub for women. As part of a larger NBCU portfolio, Oxygen’s narrow focus has been a benefit. The team is betting on its specificity as a draw for the AVOD service the network is currently building out.

“It may seem like [true crime] is exploding now, and everyone’s doing it,” says Aissa, “but we’re in it for the long haul. This is our destination. This is all we do.”