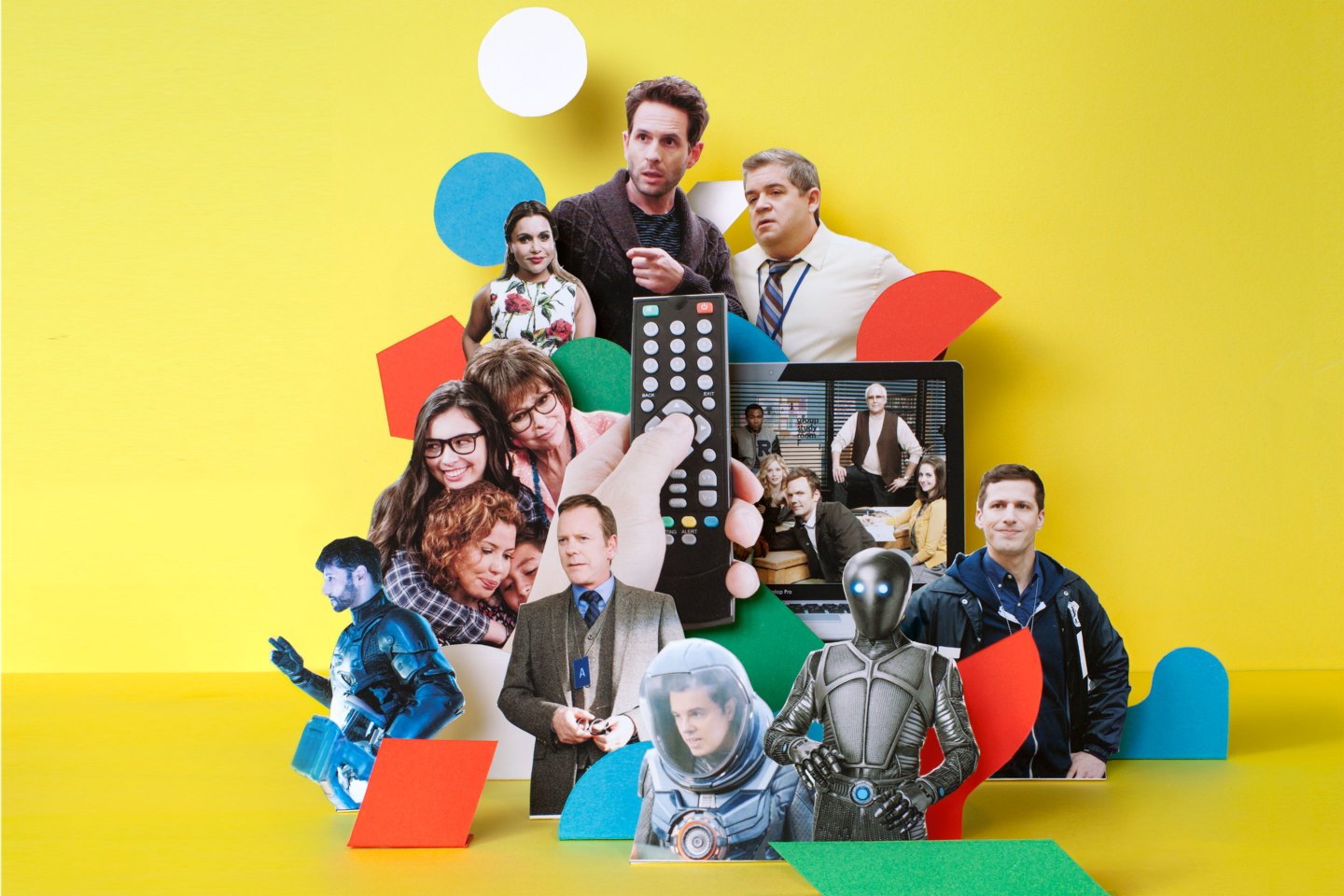 Television shows are a lot like the zombies that star in several of today’s hit series: They just won’t die. Instead, after being canceled, a growing number of shows are producing new episodes on a different channel or on one of the increasing number of streaming services.

In January, sitcom Brooklyn Nine-Nine premiered on NBC after being dumped by Fox. In May, comic book–inspired series Lucifer reappeared on Netflix, after being canceled by Fox last year. Meanwhile, former Syfy drama The Expanse is slated to come back to life on Amazon Prime Video in December.

The practice—call it show swapping, if you’d like—isn’t new. Decades ago, iconic series like Leave It to Beaver and Diff’rent Strokes switched homes during their runs.

But in recent years, the pace has noticeably accelerated because of the proliferation of cable networks and new streaming services hungry for content. Once viewed by Hollywood as “damaged goods,” canceled shows are now considered to be opportunities. After all, developing a series from scratch costs millions of dollars. Furthermore, many canceled shows have existing fans who will inevitably gush about the revivals on Facebook and Twitter.

“It’s so hard to get attention to break through in this peak-TV climate that you can be a little ahead of the game by having something people already know and love,” says Brad Schwartz, president of Pop TV, the niche CBS-owned network that recently picked up sitcom One Day at a Time from Netflix.

In March, Netflix pulled the plug on One Day at a Time, a reboot of Norman Lear’s hit show from the late 1970s and early ’80s about a single mother and her kids. Three months later, Pop TV announced that it would give the show a second life (or third, if you count the original).

“We thought it was a perfect fit,” Schwartz says.

His channel plans to go all out in marketing its newly adopted series to get as big an audience as possible for its comeback next year. But Schwartz also points out the huge gap between what Pop TV considers success and what streaming giant Netflix does.

“If 5 million people watch One Day at a Time, that might not be a huge hit for them, but it would be great for us,” says Schwartz.

Netflix, which did not respond to Fortune’s requests for comment, has never publicly discussed viewership numbers for One Day at a Time, which ran for three seasons.

In general, says Dan Rayburn, an analyst at Frost & Sullivan, the multiplying number of streaming services with deep pockets is at least partially responsible for the rise in show swapping. In addition to big players like Netflix, Amazon Prime, and Hulu, newcomers include the upcoming Apple TV+ and Disney+, as well as NBCUniversal’s streaming service and WarnerMedia’s HBO Max.

Rayburn says a show like The Orville, a sci‑fi dramedy that will move to Hulu from Fox in late 2020, could thrive at its new home. The series wasn’t canceled. Instead, its creator, Seth MacFarlane, has explained the move by saying it was difficult to deliver the show to the network in time for its mid-season slot. Rayburn says shifting to streaming can make sense for some shows because the medium “lends itself to flexibility, creativity, and a different way of marketing.”

Of course, just because a series is rescued doesn’t mean its survival is guaranteed. For example, in July, Netflix killed political thriller Designated Survivor, which it had adopted from ABC, after just one season.

A relatively new wrinkle in the show-swap phenomenon is the series that switches from broadcast to streaming but stays in the corporate family. That happened in July, when NBCUniversal’s planned streaming service picked up NBC’s recently canceled high school comedy A.P. Bio.

Rob Kenneally, an agent at talent firm Creative Artists Agency, expects show swapping to continue evolving as Hollywood adapts to the threat and opportunity of streaming. What is clear is that second chances, once relatively rare in TV, are now routine.

This article appears in the September 2019 issue of Fortune.

—What we know so far about the whistleblower allegations at Disney
—Disney’s new streaming service won’t be available on most popular streaming devices
—Can Apple afford to make its streaming video service free?
—Good Boys: Why the comedy’s first-place finish has Hollywood cheering
—Has Disney cornered the family film market as rivals hit summer slumps?
Follow Fortune on Flipboard to stay up-to-date on the latest news and analysis.