OnePlus 7T Review: A Great Android Phone at an Even Better Price 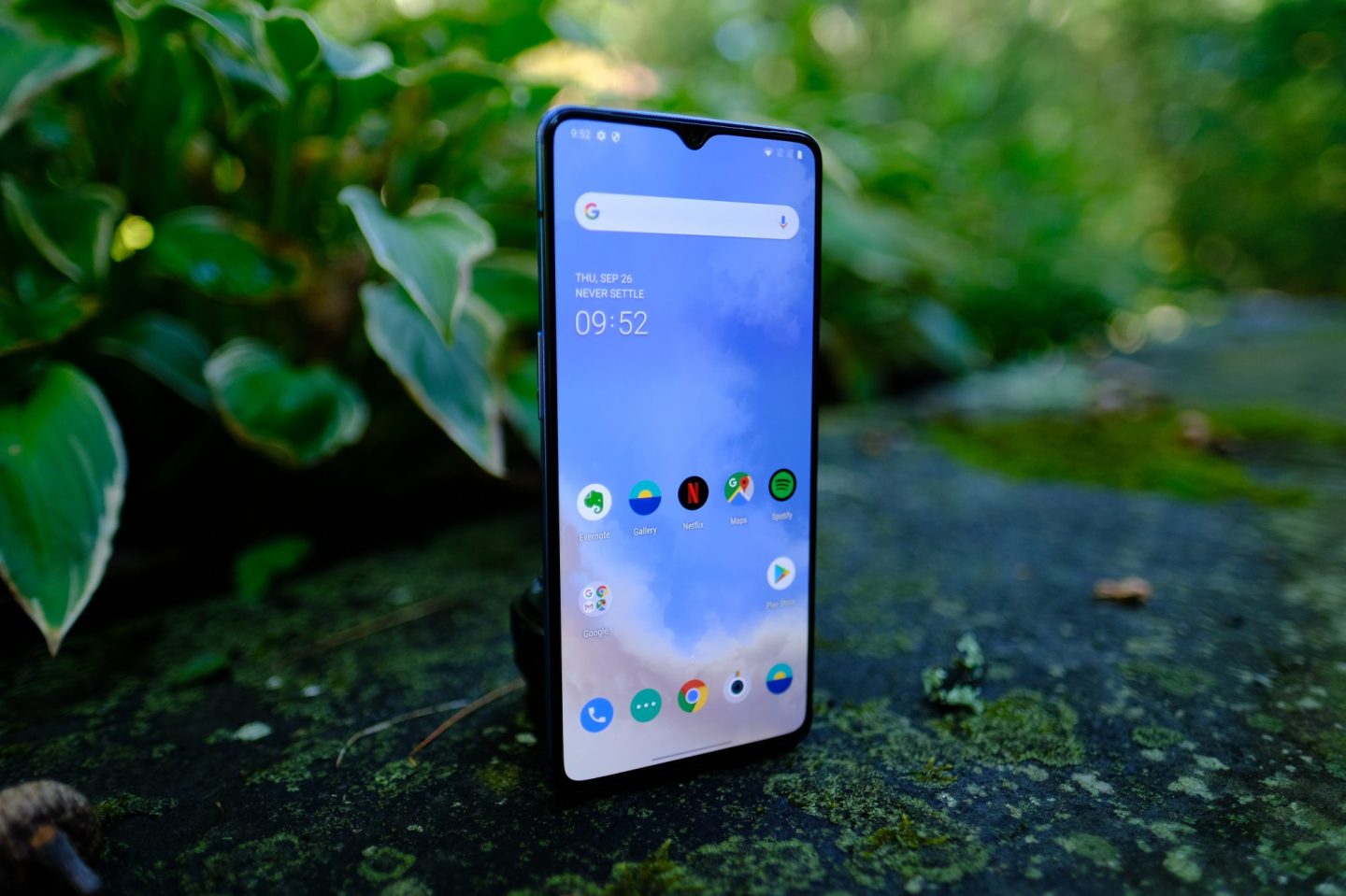 Amid the flood of new phones arriving this fall, don’t sleep on some of the less-hyped models. Chinese phonemaker OnePlus has been rising up the sales charts in the U.S., thanks to its well-built and full-featured devices–plus a key distribution partnership with T-Mobile. On Thursday, the company introduces its newest smartphone, the $599 OnePlus 7T, and it looks like another winner.

After getting a week to try a review unit of the phone, I’ve grown fond of its sharp looks and talents in the display and photography areas. Though, even with its great hardware and great price, the 7T’s doesn’t always keep up with the best features of the newest iPhones and Samsung Galaxy units.

The 7T, which updates last year’s popular 6T model, slots in just behind OnePlus’s flagship, the $670 7 Pro. It will be available online and from T-Mobile starting on October 18.

The OnePlus 7T comes in silver or a metallic blue color and carries a bright, 6.6-inch AMOLED screen that can show fine details and accurate colors as well as any competing model. Actually, better than most. It has a refresh rate of 90 Hz, which is better that the 60 Hz rate on the newest iPhones and Galaxy Note models, leading to smoother scrolling and more responsive gameplay. I also appreciated the special “reading mode” that emphasizes contrast and readability on the display. OnePlus also baked in a very handy software treat: You can set the reading mode to automatically come on for certain apps, like Amazon’s Kindle e-book app.

Inside the 7T, there’s a Qualcomm Snapdragon 855+ processor, currently the fastest on the market for Android phones, which I found sped up performance, whether browsing complex web sites, playing games, or adding filter effects to a video.

The 7T includes three cameras on the back—normal, telephoto, and ultrawide—giving you the option of framing your pictures with closer or wider views. The pictures look amazing, in part because the main camera has 48 megapixels, way more than most smartphone cameras that use 12 or 16 megapixels. By default, the phone produces 12-megapixel pictures, using four of its actual pixels to capture light for each single pixel reproduced in the photo. This four-in-one trick helps the 7T collect more light and produce more accurate details. But you can also shift into “Pro” mode and get pictures with the full 48-megapixel setting. But be forewarned: These image files can take up a lot of storage. One fairly simple 48-megapixel photo I took was over 10 MB, five times the size of a regular picture.

The phone’s camera software is flexible, giving you access to a few key settings in regular mode and a photographer’s dream of minutia in “Pro” mode. OnePlus’s portrait mode isn’t quite as accurate at the edges as the similar effect on Apple or Google phones. But the 7T’s photo app can smoothly zoom in and out, seamlessly shifting between the three lenses, like its more expensive rivals.

So what’s missing? Not too much. There’s no option for wireless charging, though the included power brick and USB-C cable can charge the phone quickly–I went from dead battery to full charge in about an hour. There’s no claimed waterproof rating, so be careful with the 7T by the pool. And while there’s room for two physical SIM cards, the phone doesn’t support the newer e-SIM standard. Finally, I’m not a big fan of the 20 by 9 aspect ratio of the screen. It’s a bit tall and narrow and some videos play with black bars at the sides.

I’m also not in love with the “glacier blue” finish on the Gorilla Glass back of the 7T. It’s shiny and pretty, but also slippery as all get out—and a fingerprint magnet of the highest degree. It’s hardly a fatal flaw, though, as I was happy to keep the 7T in one of the cases supplied by OnePlus (especially a sharp looking red number).

Overall, there’s many well-executed, high-end features packed into this phone. So many, in fact, that it makes you wonder how some of the bigger brands get away with charging over $1,000 for their gear. Yet with all it’s got going for it, the OnePlus 7T’s $599 price might be its best feature of all.

(This story was updated on Sept. 30 to correct the price of the 7 Pro.)