Uniqlo’s Billionaire Founder Wants a Woman to Succeed Him 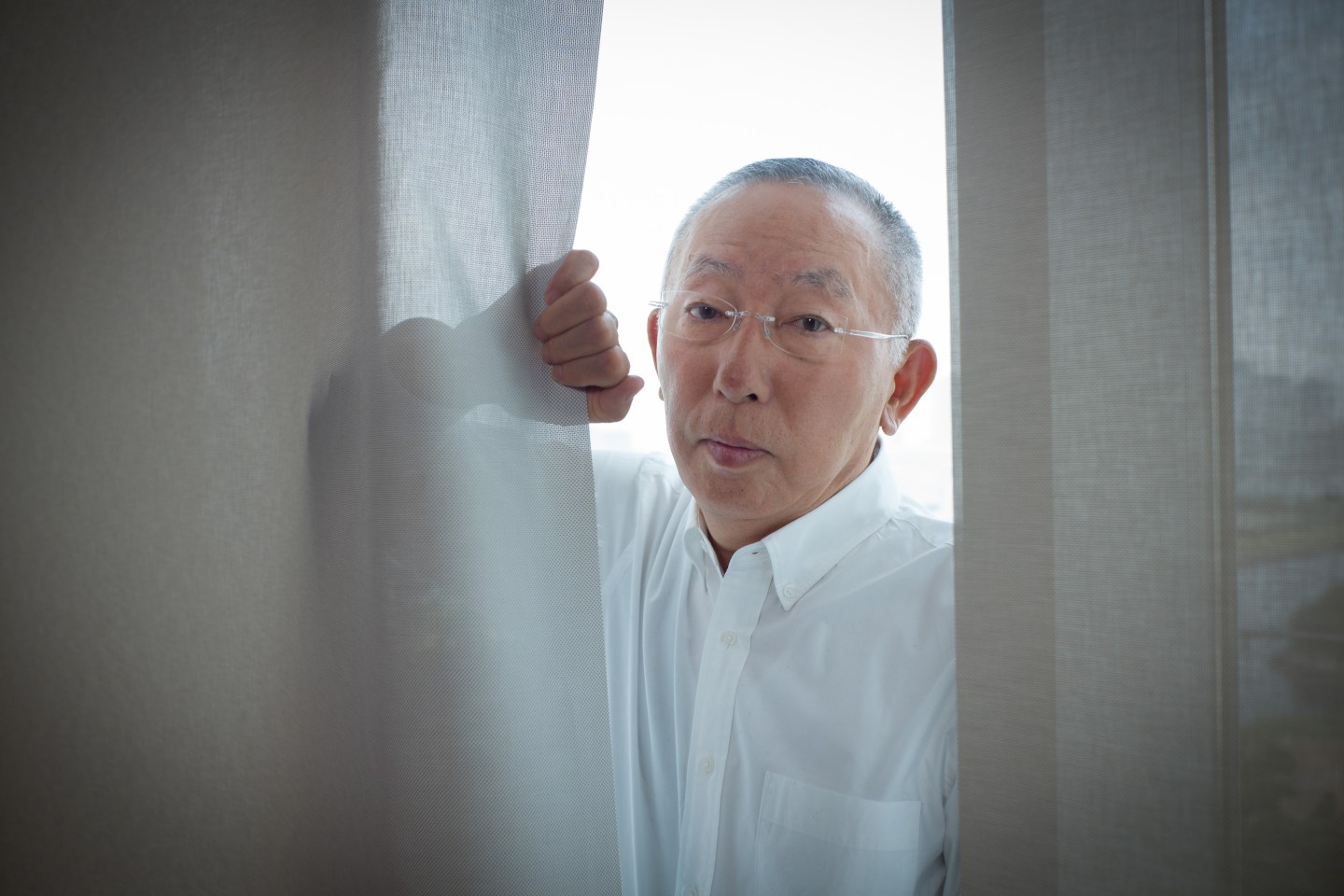 Tadashi Yanai, chairman and chief executive officer of Fast Retailing Co., which owns Uniqlo, poses for a photograph in Tokyo, Japan, on Tuesday, Sept. 3, 2019. Yanai, Fast Retailings 70-year-old billionaire founder, said he would prefer to be succeeded by a woman, which would be better for Asias largest retailer. Photographer: Kentaro Takahashi/Bloomberg via Getty Images
Kentaro Takahashi—Bloomberg via Getty Images

Tadashi Yanai, Fast Retailing Co.’s 70-year-old billionaire founder, said he would prefer to be succeeded by a woman, which would be better for Asia’s largest retailer.

“The job is more suitable for a woman,” Yanai, the chief executive officer behind clothing giant Uniqlo, said in an interview. “They are persevering, detailed oriented and have an aesthetic sense.”

As Yanai gets older, he’s been asked more frequently about succession at the company, which he built from his father’s tailor shop into a global brand. A possible candidate could be Maki Akaida, who was appointed this year to run Uniqlo’s Japan operations — the company’s most profitable unit. Yanai said he wants to increase the ratio of female senior executives to more than half the total. Fast Retailing currently has six women in such roles, after hitting its goal last year of having more than 30% of women in management positions.

Japan has faced scrutiny over its lack of gender diversity in top management roles; only 4.1% of executive titles at publicly traded firms in the country are held by women. That pales in comparison with places such as the U.S., where women make up about a quarter of executive ranks, according to multiple studies.

“It’s a possibility,” Yanai said when asked whether Akaida would be a potential successor. Akaida, 40, joined the company in 2001 and has managed Uniqlo stores in China and Japan, as well as working in the sales and human resources divisions.

Any successor to Yanai would inherit one of Japan’s more recognizable global brands, after Fast Retailing fought off domestic doldrums by expanding Uniqlo overseas. Revenue has grown consistently, surpassing 2 trillion yen ($18.9 billion) in 2018, mainly through new stores in foreign markets from China to the U.S.

Prime Minister Shinzo Abe has sought to promote women in the work force amid a labor shortage triggered by Japan’s aging and shrinking population. With a declining birthrate, the number of people will slump by almost a third by 2060, by which time about 40% will be 65 or over, according to the National Institute of Population and Social Security Research.

“We’re in the business of selling clothes — it’s not so good that we’re old,” Yanai said.

Investors are looking at gender diversity in management ranks to evaluate their holdings. That’s especially true for consumer companies where it may be important to have executives who are similar to and match the core customer profile, said Kathlyn Collins, analyst at Matthews Asia, a San Francisco-based fund with about $30 billion under management.

“We would hope that there would be enough people who are overseeing management who have some sort of experience with that demographic, who maybe are familiar with the needs, wants, desires of that customer,” Collins said.

The Southeast Asian region will become an increasingly important part of Fast Retailing’s business, Yanai added. The company said it would invest $1.8 million in a partnership with the International Labour Organization, an arm of the United Nations, to help support factory workers in Indonesia. The ILO will also conduct a study in other countries where Fast Retailing has contract factories to explore ways to improve social protections for workers in the future.

Yanai said such investments are a way to both help pursue business goals and contribute to the world, as upward mobility in developing countries would likely eventually boost Fast Retailing’s top line.

“If we expand in a place where incomes are not growing, we cannot sell clothes,” the CEO said.

—Why winemakers are hailing a G7 victory and tech companies are crying foul
—One of Asia’s richest men is buying a British pub business right before Brexit
—Huawei launches new A.I. chip as the company enters “battle mode” to survive
—How Hong Kong’s protests are roiling the world’s booming bubble tea market
—Listen to our audio briefing, Fortune 500 Daily
Catch up with Data Sheet, Fortune’s daily digest on the business of tech.