How a Soap Opera Led to a Japanese Whisky Shortage 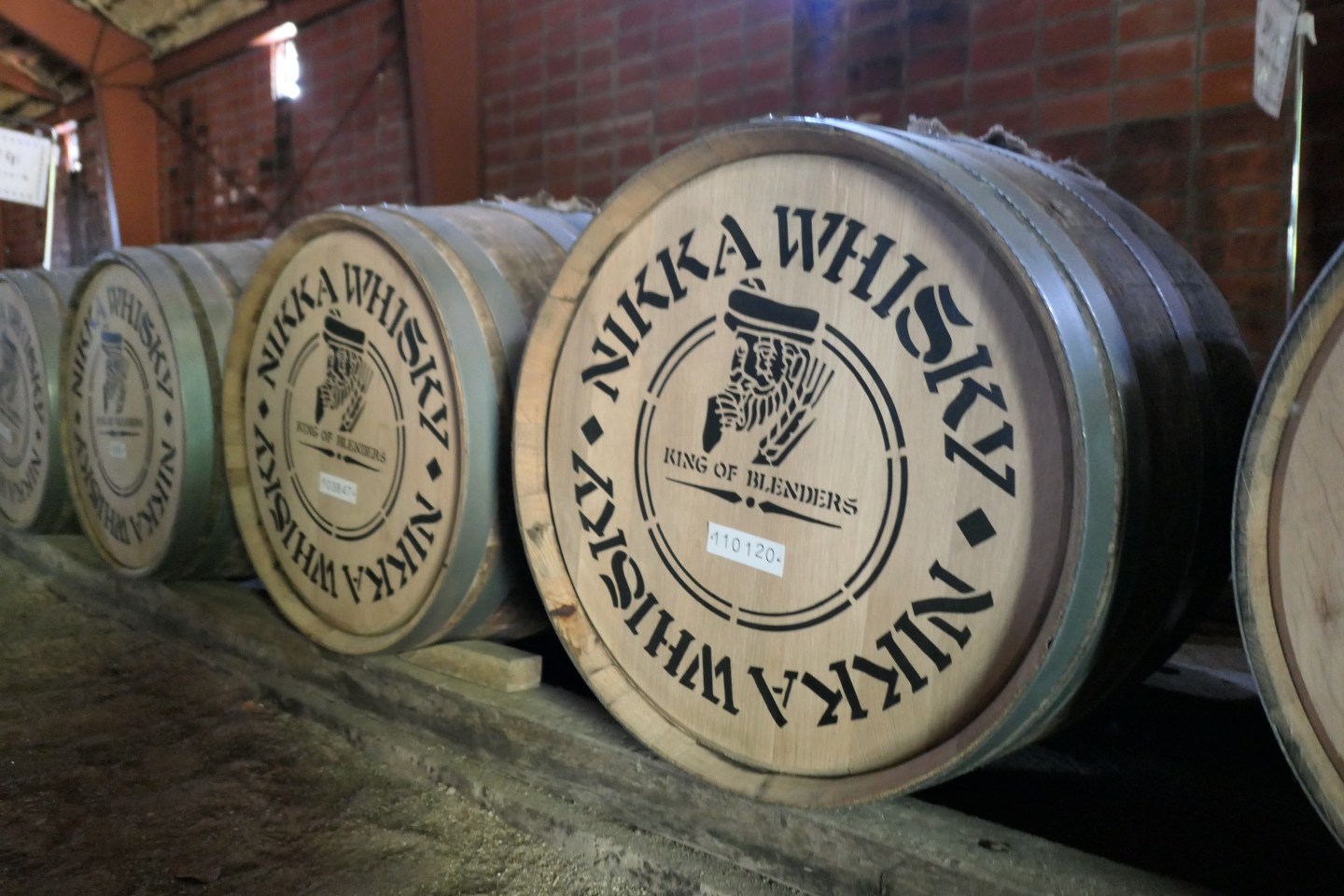 In 1918, Masataka Taketsuru traveled from Japan to Scotland to learn how to make whisky. While there, he studied at the University of Glasgow, became an apprentice at a number of Scotch distilleries, and met a girl.

When Taketsuru returned to Japan in 1920, he not only came with the first instructions in Japanese on how to make whisky, he also brought back a Scottish woman named Rita Cowan, who was now his wife.

The two had married just a few months earlier in Scotland, despite strong opposition from both their families. It’s a story that sounds a bit like a soap opera, so much so that one Japanese television station developed it and inadvertently helped cause a shortage of Japanese whisky in the process.

From September 2014 to March 2015, Massan aired in Japan, a soap opera miniseries focusing on the life of Taketsuru and his wife. Episodes were just 15 minutes long and aired at 8 a.m. Their target audience: housewives.

The show was a hit, so much so that there was a run on whisky domestically in Japan. And in late 2014, Suntory’s Yamazaki Single Malt Whisky Sherry Cask 2013 was named “best in the world” by Jim Murray’s Whisky Bible, prompting interest in whisky from buyers abroad as well.

And then there was a problem.

At the time, most Japanese whiskeys on the shelf were sold with age statements. For instance, you might pick up a 12-year, 15-year, or 17-year of your favorite malt. The thing is, someone had to estimate the demand for that whisky all those years ago. In the early 2000s, Japanese whisky was in serious decline, and no one planned on a whisky award or a popular soap opera happening down the line—definitely not in the same year. There simply wasn’t enough whisky to keep up with the demand.

When all that happened, a number of popular Japanese whiskeys were taken off the shelves, or rather, they weren’t restocked once they sold out. Later Japanese whisky releases started to go on sale, more often than not, without an age statement.

Barrels of whisky being aged at a Nikka distillery.
Emily Price

Not having an age statement gives a whisky maker a bit more flexibility in what it releases. In order to be sold, a whisky needs to be aged for at least three years in a barrel. But by releasing whisky without an age statement, distillers can create blends that include a good bit of that three-year-old whisky blended with older stock, helping to make that older stock last a bit longer.

While we’re likely still a few years away from seeing another 17-year Japanese whisky, distilleries have been ramping up production to help meet the new increased demand.

At the center of it all is Nikka, a whisky that Taketsuru launched after his return to Japan from Scotland.

Taketsuru went to Scotland for the company Settsu Shuzo; however, it was forced to abandon its whisky aspirations shortly after his return, thanks to the economic conditions after World War I.

In 1923, Taketsuru—who was the only Japanese man with enough know-how to make whisky at the time—was recruited by the company Kotobukiya (later renamed Suntory) to oversee the construction of its distillery. In 1929, the first Japanese whisky, Shirofuda, was released.

When his contract with the company ended, his wife, Rita, encouraged him to open his own distillery. He found an area of Hokkaido surrounded by mountains and near the coast—and with a climate similar to that of the Scottish Highlands—where he could set up shop, opening Nikka’s Yoichi distillery.

While waiting for liquid from the distillery to age, Taketsuru started a juice company, Dai Nippon Kaju—described then as a “great Japanese juice company”—to make ends meet. Nikka launched its first whisky, aptly named Nikka Whisky, in 1940. However, the company’s name wasn’t changed to Nikka, a shortening of that juice company name, until 1952.

While Taketsuru passed away in 1979, at age 85, his legacy continues at both Suntory and Nikka. We’re probably still a few years off from seeing the results, but both brands have ramped up production to prevent another Japanese whisky shortage in future, especially now that the world has fallen in love with Japanese whisky—in much the same way that Masataka and Rita fell in love as he was learning how to make it.

—Australia’s new wave of winemakers won’t make Shiraz
—How fruit wines are becoming a serious business
—How to drink—and enjoy—red wine in the summer
—What I learned in inclusion training at the world’s top cocktail festival
—Tap these bottles of wine with your phone to learn more about their makeup
Follow Fortune on Flipboard to stay up-to-date on the latest news and analysis.