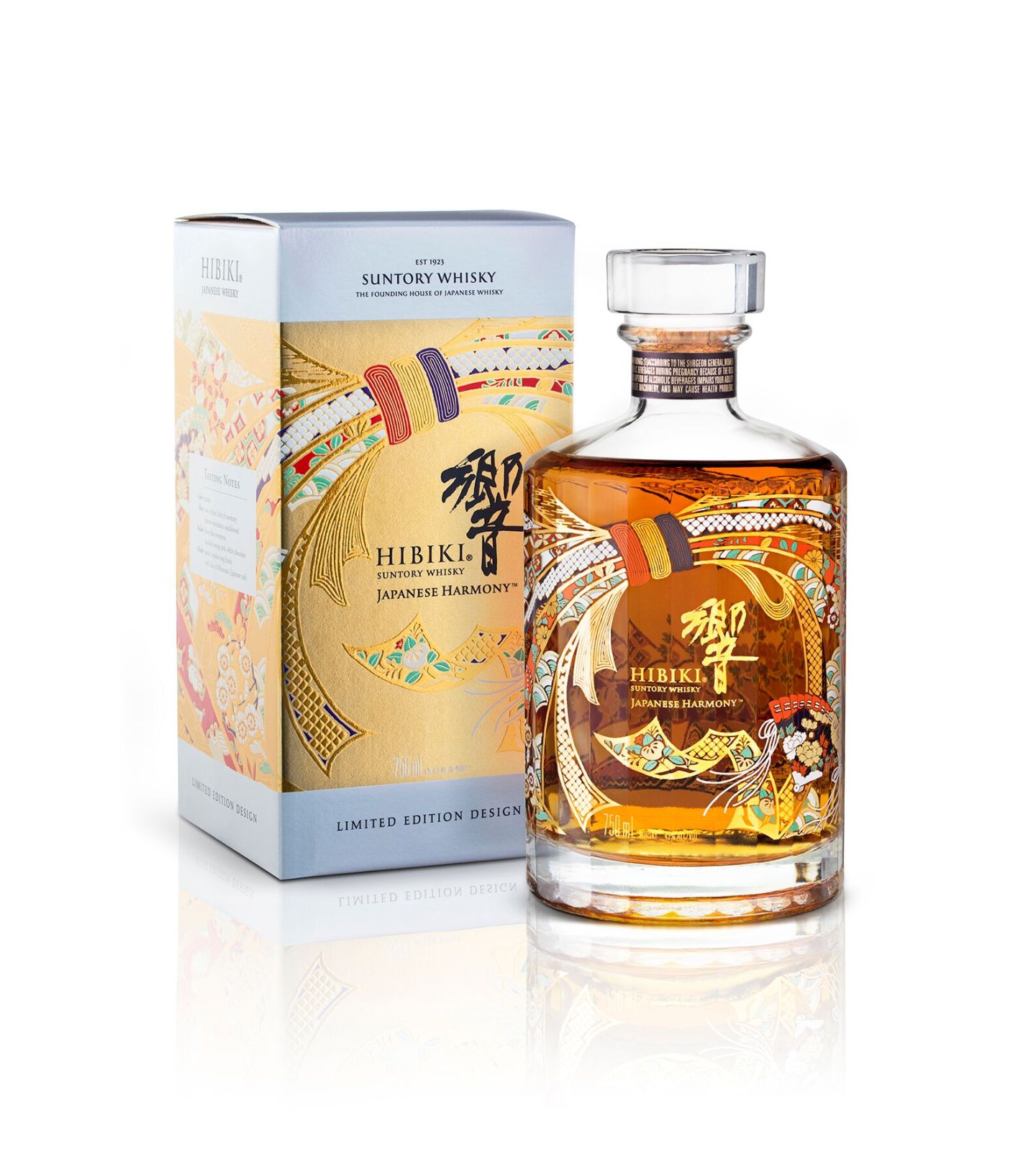 If you’ve started making that holiday wish list, Suntory just announced something you might want to add to the top of the list: a specially-designed limited-edition bottle of Hibiki Japanese Harmony honoring its 30th anniversary.

The bottle itself is inspired by a traditional kimono pattern and is embellished with the tabane-noshi, a Japanese symbol of celebration that has been added to precious gifts since ancient times.

“Since the brand was first established, Hibiki has been a representation of Japanese art and design,” said Takahiro Itoga, senior global brand director at Beam Suntory. “This specially-designed bottle honors that spirit, utilizing traditional Japanese symbols to create a design representing both celebration and shared happiness. The bottle in and of itself is a work of art.”

As for the whiskey inside, Suntory describes Hibiki Japanese Harmony as having a honey-like sweetness with hints of candied orange peel and white chocolate. The finish is subtle, with a hint of Japanese oak.

The bottle will be available in the United States for a suggested retail price of $100.