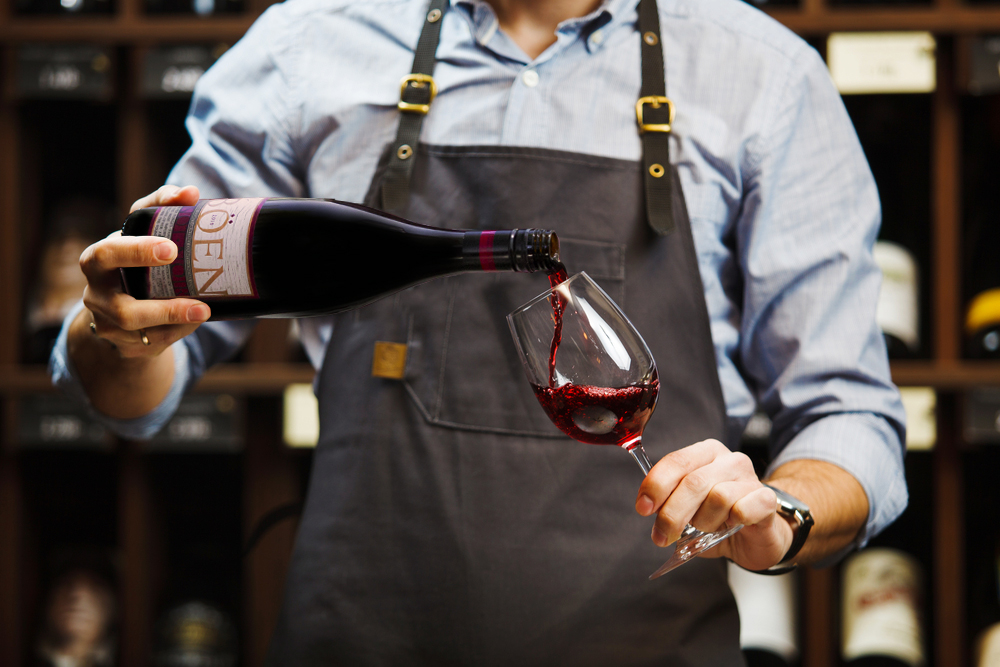 In 2015, fifth-generation winemaker Joseph Wagner sold his iconic Pinot Noir brand, Meiomi, to Constellation Brands for $315 million. The sale was the largest non-asset wine sale ever. It came, however, with a noncompete agreement that prevented Wagner from creating a new Pinot Noir brand.

Now, four years later, with the noncompete having expired as of Aug. 1, Wagner is back in the Pinot Noir game with his new label, Böen Wines. Wagner was raised on the fields of Caymus Vineyards, which was founded by his family in 1972. Wagner originally launched Böen in 2015.

“It was the first brand that we created after selling Meiomi,” says Wagner. “We created Böen outside of the price parameters of that noncompete, focusing on appellation-specific Pinot Noirs, knowing that down the road we’d like to come out with a multi-appellation Pinot Noir, which in this case is the Boën Tri-Appellation, as we call it.”

The wine uses grapes from Sonoma, Monterey, and Santa Barbara counties. It’s been in the works for a while, something special to start offering when the noncompete ran out.

“Now it’s time to showcase what these three coastal regions can do to create an extremely well-balanced Pinot Noir,” Wagner says.

When customers go to buy that Pinot Noir, they’ll also have the unique opportunity to learn more about it by tapping their phone on the top of the bottle. Bottles of the Tri-Appellation Pinot, as well as the Böen Chardonnay, will have cards on the necks on the bottles prompting buyers to “tap the cap.” With an NFC-equipped phone, oenophiles will be taken to an online portal where they can learn more about the wine.

“For us, this is a great way to get people to try something new and to learn more about the wine upfront,” Wagner says. “In this case, NFC technology—I think it is a great advancement for education to the consumer, and I do believe that it takes one step out of it, making it much easier for consumers to not just enjoy the wine, but to learn more about the wine and the source of the fruit and the philosophy that we have.”

The hope, of course, being that once someone learns more about the wine, that person will take a bottle home and try it as well.

After tapping the cap, the app takes mobile users to a virtual farmhouse of sorts with different sections that customers can explore to learn about the particular bottle they’re looking at, more about the Böen brand, and even suggestions for food pairings.

A screenshot of the Böen Wines app, paired with the wine bottle thanks to NFC technology.
Böen Wines

Down the line, Wagner says, he sees the technology being used to personalize bottles as well. For instance, you might be able to include a digital “Happy Birthday!” or “Congratulations!” message on a bottle you’re giving as a gift.

It’s a unique addition to the wine shelf, something Wagner is pretty familiar with. He was one of the pioneers in the Napa area to start using screw caps on higher-end wine.

“People quickly realized that it wasn’t the closure that made the wine, it was the wine inside that was cared for and dedication to our craft. And people could see that when they tasted it,” Wagner says. “I think we did trail-blaze in that way of bringing screw caps to a luxury wine space, and we’re trailblazing in this way, giving better access for the consumer to our wines with the UI.”

He also thinks that Böen is a standout wine.

Using grapes from cool coastal regions enables Böen to give the fruit a lot of hang time—allowing the grapes to develop more character, flavor, texture, and color on the vines without ending up high in sugar, which would result in a higher level of alcohol. While most winemakers pick grapes for sugar content, Wagner waits for physiological maturity instead.

“When you take multiple vineyards from different locations in Sonoma, Monterey, Santa Barbara counties, each one has its own individual character to it,” Wagner says.

When you blend the flavors from those distinctive terroirs, Wagner says, it creates an “all-encompassing type of Pinot.” Pinot Noir is particularly ideal for pairing with food, being a wine that can go with everything from a good fish to a meaty steak.

Böen’s Tri-Appellation Pinot Noir is available now for $24.99. Appellation-specific editions of the Pinot Noir are also available from the Santa Lucia Highlands, Santa Maria Valley, and Russian River Valley for $34.99 per bottle.