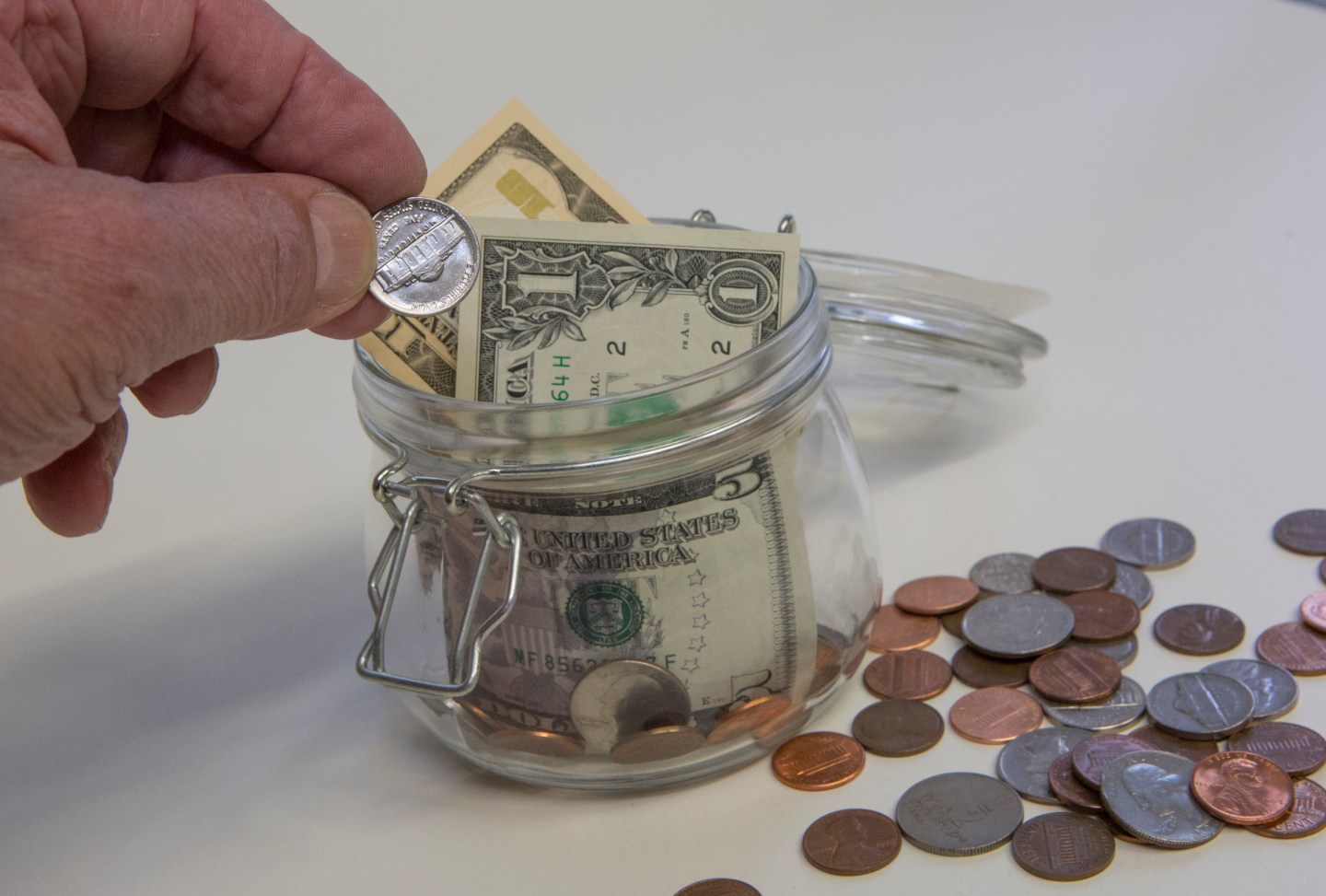 U.S. institutions managing trillions of dollars in retirement savings — including the California Public Employees’ Retirement System — have been ratcheting down return expectations. Japan’s Government Pension Investment Fund, the world’s largest, has warned that money managers risk losses across asset classes. In Europe, pension funds may be forced to cut benefits in part thanks to the decline in rates.

Investors were already taking on more credit risk to make up for dwindling income elsewhere, with some chasing less liquid markets like private debt. Now, negative yields on over a quarter of investment-grade bonds — with more monetary easing to come — are increasing the urgency for portfolio managers to find new sources of returns.

“The true madness is pension funds being forced to invest in assets which will be guaranteed to lose, such as in the case of long dated inflation-linked gilts at real yields of -3%,” said Mark Dowding, chief investment officer at BlueBay Asset Management, which has pension-fund mandates. “It is financial vandalism and the government and central banks need to wake up to this.”

Pension funds invest in a variety of assets, but most including defined-benefit plans use low-risk assets such as government bonds as the benchmark discount rate. While that means they have profited from the fixed-income rally, falling yields have also driven up future liabilities — in turn threatening their ability to meet oncoming obligations.

“The $16 trillion of nominal negative yielding bonds in the world right now — for the pension industry that’s not a good outcome,” Nigel Wilson, the chief executive offer of Legal & General Group Plc, said in a Bloomberg Television interview.

Ben Meng, chief investment officer of Calpers said earlier this year that the expected return over the next 10 years would be 6.1%, down from a previous target of 7%. Scott Minerd, chief investment officer of Guggenheim Partners, warns that the Federal Reserve’s policy easing is contributing to a likely government-bond bubble and that very narrow credit spreads have greater potential to widen.

Peter Borgdorff at Dutch fund PFZW blamed “that ever-lower interest rate” for its coverage ratio that stood at 94.8% at the end of July.

“The financial situation of PFZW is starting to get dire,” Borgdorff wrote in his blog. “A pension reduction in the year 2021 has been threatening for some time. But if we have a coverage ratio at the end of this year that is lower than around 94%, we should already reduce pensions even next year.”

The plunge in yields risks spawning a vicious circle for the industry. The squeeze on returns tends to widen funding gaps, forcing managers or employers to inject more cash into the plans. That’s money which could have otherwise been used to fuel business or consumption so economic growth may take a hit — boosting calls for even more monetary easing.

“The overall impact is that lower yields can induce households or companies that act as plan sponsors, to save even more for the future,” said Nikolaos Panigirtzoglou, a strategist at JPMorgan Chase & Co, in a recent note. “In our conversations with clients, the experiments of central banks with negative rates are viewed more as a policy mistake rather than stimulus.”

Pension assets dropped 4% in 2018 to $27.6 trillion, according to the Organisation for Economic Co-operation and Development. While gains on stocks have helped plug funding gaps, it’s no secret that income-starved managers have dived into less liquid assets.

One way out of the pension quagmire is to allow more retirement funds to invest in “real assets in the real economy,” said Wilson at Legal & General.

Cases are legion. One of the Nordic region’s largest pension funds is reducing its stock of government bonds for alternative assets, which could include real estate and private equity. A scheme for the retired clergy in England is shifting allocations to private credit. A fund for U.K. railworkers, meanwhile, is looking to boost exposure to private debt to as much as 40% within a private-investment strategy totaling 4.5 billion pounds ($5.5 billion) across two funds.

Chris Iggo, chief investment officer for fixed income at AXA Investment Managers, frets over the fallout from this extended era of ultra-low yields.

“In 2008, most people in the markets had no idea about the leveraged web of instruments that were ultimately linked to the housing market in the U.S.,” he wrote in a note, referring to the subprime debt crisis. “We should be worried about lower and lower bond yields…They may cause some, as yet not fully understood, tensions in the financial system with structural implications.”