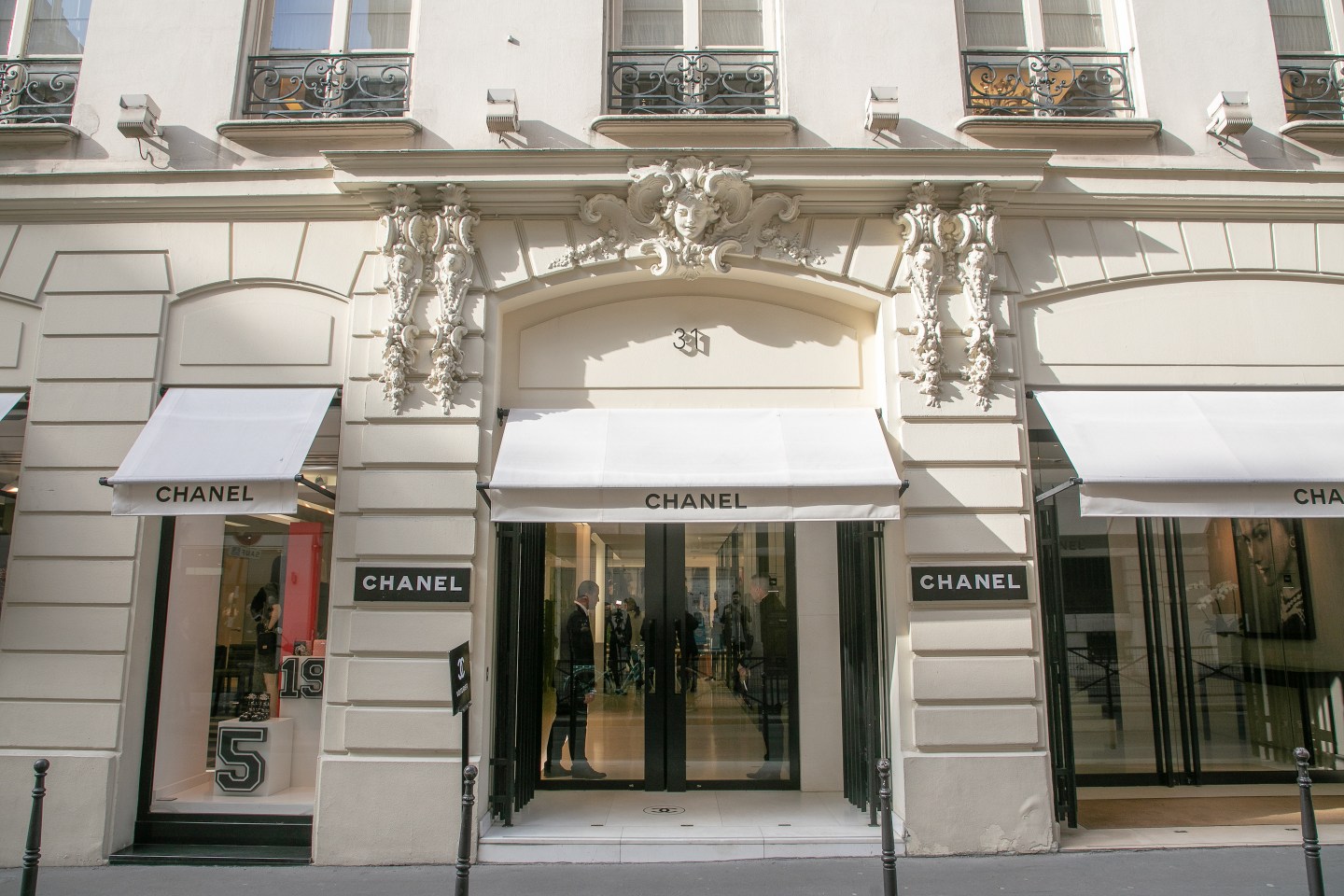 They typically sit a few rows back from the runway, a balding and bespectacled pair who prefer to stay out of the spotlight.

“We’re a very discreet family, we never talk,” Gerard Wertheimer whispered to a reporter before a 2001 fashion show in Paris.

He and his brother Alain own Chanel, the luxury empire built on No. 5 perfume, the little black dress and the genius of Karl Lagerfeld. Then there’s the pair’s younger half-brother Charles Heilbronn, a Chanel executive vice president with an even lower profile but equally important role: Safeguarding the clan’s fortune at the family office, Mousse Partners.

While Alain runs the company from a glass tower just south of Central Park in Manhattan, a door within his office is always open, connected to Heilbronn’s. Gerard is based in Geneva.

All three are sons of Eliane Heilbronn, the lawyer who drafted Lagerfeld’s lifetime contract. They’re guiding one of the world’s most valuable private companies—with about $3 billion of annual profit.

Together the family is worth almost $58 billion, according to the Bloomberg Billionaires Index, a 26% increase from a year ago, making it the world’s fifth-richest. And that’s a conservative figure. Some analysts estimate Chanel could be worth more than $100 billion if it went public, driven by Asia’s insatiable appetite for $5,000 fanny packs and $1,500 jeans.

A Chanel spokesman declined to comment on the family’s net worth.

He made more than $1 billion on Ulta Beauty Inc., the cosmetics chain focused on millennial women, regulatory filings show.

He also invested in skin-care and cosmetics brands such as Beautycounter and Coty Inc., menswear firm Bonobos and lingerie company Adore Me, and ventured beyond Chanel’s fashion and beauty heritage, taking stakes in entertainment, furniture, and pharmaceutical companies.

Mousse, though, increasingly resembles the financial firms also housed in the skyscraper at 9 W. 57th St., where it’s headquartered along with Chanel. At least a half-dozen employees deal with private equity, while others focus on hedge funds, foreign exchange, and alternative assets. Most have joined in the past two years from better-known operations, including Carlyle Group LP, Singapore’s sovereign wealth fund and the family office of George Soros.

Mousse Partners doesn’t disclose how much money it has at its disposal, but Chanel distributed more than $1.6 billion in dividends in just the past three years, according to U.K. regulatory filings. Payouts before 2016 weren’t made public and are therefore excluded from Bloomberg’s estimate of the family’s wealth.

Since the death of their father, Jacques Wertheimer, in 1996, Alain and Gerard have been credited with owning equal shares of the Chanel empire. But the firm is held through offshore companies, making it impossible for outsiders to know for sure.

The Wertheimers took a 70% stake, and Theophile Bader, a friend who introduced the brothers to Coco, received 20% as a finder’s fee, leaving Coco with 10%. She resented having a smaller share and fought for more. By 1928, according to a biography by Axel Madsen, the Wertheimers had a lawyer on staff dedicated to dealing with the designer.

In 1941, after failed attempts to increase her stake, Coco took a different approach. It was illegal for Jews to own a company in Nazi-occupied Paris, so she told the Nazis about the Wertheimers’ ownership, according to the biography.

But the family was prepared and transferred its holding to a friend, Felix Amiot, before fleeing France. They reclaimed their stake after the war and, following Paul’s death in 1947, Pierre bought out his brother’s heirs, according to Madsen. He then acquired the remaining stakes held by Bader and, finally, Coco. By 1954, Pierre Wertheimer owned all of Chanel.

After his death in 1965, ownership passed to Jacques. By then, Alain and Gerard were teenagers, and Charles, born during Eliane’s second marriage to Didier Heilbronn, was 10.

Alain was just 25 in 1974 when he persuaded board members to give him control of Chanel after his racehorse-loving father almost ran it into the ground. Alain had little business experience but quickly saw that changes were needed. He pulled Chanel’s products from drugstores to focus on high-end distributors and hired his mother’s law firm as general counsel, bringing the Heilbronn side of the family into the fold. Charles joined in 1987.

The business has since thrived.

As with any dynasty, there are challenges and questions about succession. Lagerfeld, the face of the company for more than three decades, died in February. Alain is 70, Gerard, 67, and Charles isn’t far behind at 64. So the next generation is getting to work.

Arthur Heilbronn, 32, interned at Chanel before joining his father at Mousse Partners, according to a spokesman. Alain’s son Nathaniel, also 32, is set to start at Chanel within months.

And like his father and uncles, Arthur is shunning the spotlight. The Harvard Business School graduate declined to comment when contacted for this story on LinkedIn. Subsequently, all mention of his work experience, including at Chanel, vanished from his profile.

At Chanel’s newly designed flagship store in New York, where a visitor may be offered Champagne or espresso, five floors of luxury pay homage to the brand’s namesake. There are portraits of Coco, chairs upholstered in her signature tweed and a 60-foot sculpture of a pearl necklace. Lagerfeld’s designs line the racks and fill the display cases.

There is, however, no sign of the three brothers behind it all.