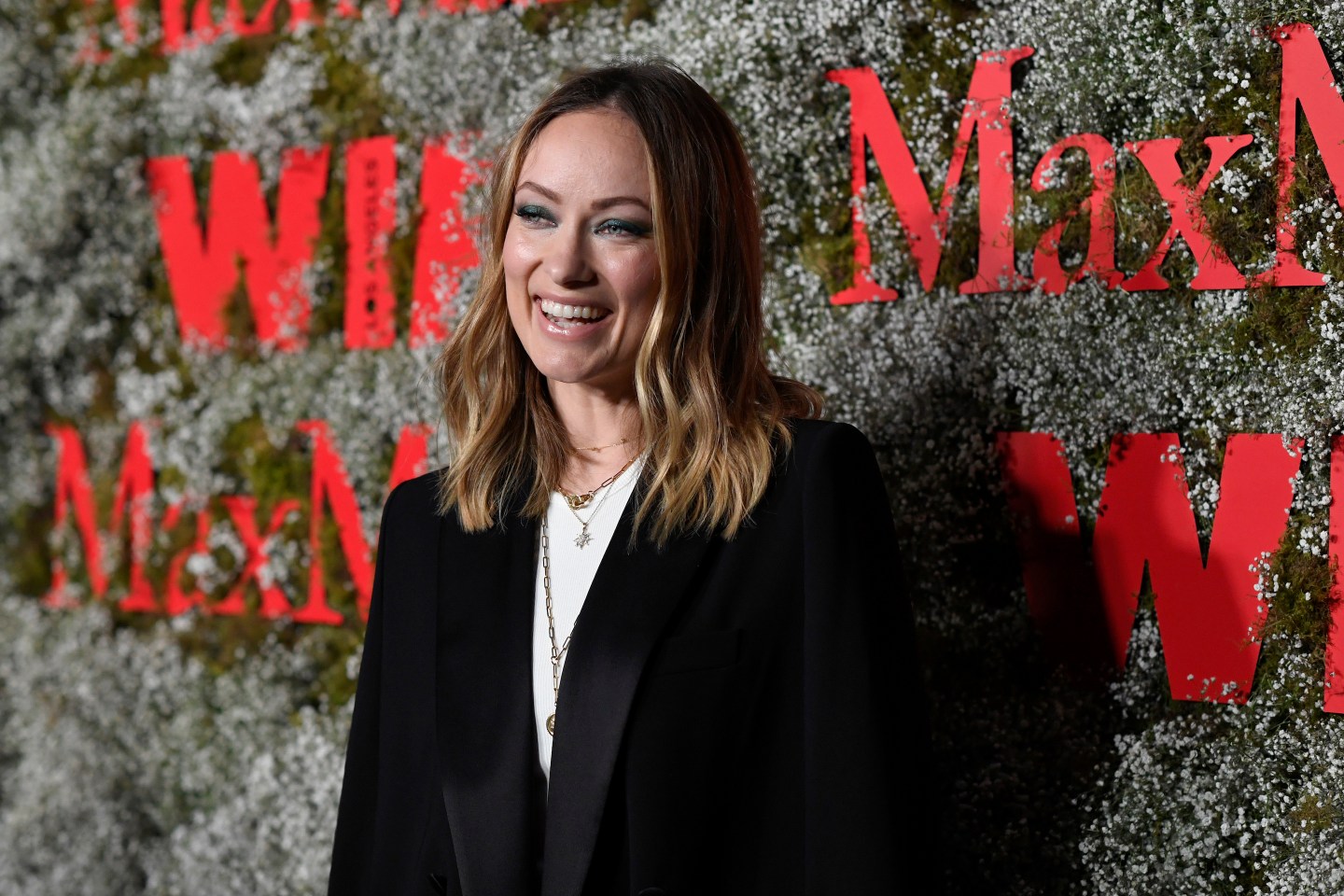 Olivia Wilde has selected New Line as the home of her next directorial venture, period thriller Don’t Worry, Darling, following one of the most competitive auctions likely to be seen in Hollywood this year.

Coming off critically adored high-school comedy Booksmart, Wilde’s next project was always going to attract some eyeballs. But practically every studio in town turned out to want a piece of the thriller package Wilde had put together with Booksmart scribe Katie Silberman.

Silberman impressed bidders by outlining how she’d reworked the original script—by Shane and Carey Van Dyke, known for Netlix original The Silence—to better suit Wilde’s creative vision. The story, being largely kept under wraps, revolves around a 1950s housewife (to be played by Wilde) who begins to crack as she uncovers disturbing truths under the placid surface of her seemingly idyllic life.

After a spec script auction was revealed by Deadline last week, a whopping 18 bids came in on the package, including an aggressive offer from Netflix and pitches from FilmNation, MGM, Village Roadshow Pictures, Apple, and Universal-based Blumhouse. Wilde was asking for a budget in the $20 million range, with additional fees that would set her to star and direct. Fees for Silberman and kill fees to compensate the Van Dykes were also part of the deal.

New Line was passionate from the get-go, according to The Hollywood Reporter, but ultimately carried the day by selling Wilde and Silberman on a lucrative backend deal, in which (should the film break even at the box office) the filmmakers and producers will receive 50% in the profit participation. The event theatrical release offered by New Line—and backed up by its proven track record with launching genre fare like The Conjuring and It—also set it apart from a competitive pack of bidders that also included Netflix.

A comparable deal was cut years back between Todd Phillips and Warner Bros. for The Hangover, which became a legendarily successful smash-hit comedy with a $467.5 million total take against a mid-range $35 million budget; Phillips got a 30% backend deal after agreeing to trim the budget down so he could cast the then relatively unknown Bradley Cooper and Zach Galifianakis.

Observing the deal, Paul Degarabedian, a box-office analyst with ComScore, said the bidding war around Wilde’s next move reflects an exciting trend toward supporting original filmmakers in Hollywood.

“It gives me hope that it’s not always about dollars and cents,” he told Fortune. “It’s about creating great content, working with great filmmakers.”

While Booksmart underperformed at the domestic box office, ultimately earning around $23 million, that end-result was attributed mostly to Annapurna’s choice to immediately go wide with its release, rather than nurturing it with an A24-style limited rollout that may have helped the smaller title.

Wilde, an acclaimed actress who made her directorial debut with the project, came out of the project with a “currency greater than box-office,” according to Degarabedian, who believes Booksmart has made Wilde one of the hottest creators around town.

“Great reviews, though they may not always get you good box office in the case of Booksmart, can bring you prestige,” he told Fortune. “If you love that movie, you’re looking to get into the Olivia Wilde business, and you lock her down in a deal, because you don’t want to lose her.”

Wilde fits into a trend of recent breakout filmmakers—including a fair share of actors-turned-directors, among them John Krasinski (A Quiet Place) and Jonah Hill (Mid90s), as well as genre hitmakers like Jordan Peele (Us, Get Out)—who studios are betting big on, in hopes of reaping the benefits from red-hot talents just now harnessing their full creative abilities.

“For talent, there’s no better time,” Degarabedian said. “The competition is the highest among any vocation, but with all the bandwidth and all the resources on the small- screen as well, it’s a really good time for up-and-coming filmmakers to get in on the action.”

“Lulu Wang also fits into this category,” he added, noting that Wang’s A24 darling The Farewell blew away box office expectations to become a cultural-phenomenon-sized hit earlier this summer. “I’m curious to see what comes from her mind and her pen.”

Of Wilde, he said: “She’s got a lot of work left to do, and that’s how smart studios look at the talent. No one’s necessarily a one-hit wonder. With [Game of Thrones showrunners] David Benioff and D.B. Weiss, people didn’t like the last season and ask why anyone would pay a lot of money for them, but you don’t want to be the people who didn’t put up the money and miss out on a future success. It’s about betting on the future.”

—Stephanie McMahon on the future of the WWE, women in the franchise, and more

—Is Annapurna on the edge of bankruptcy?