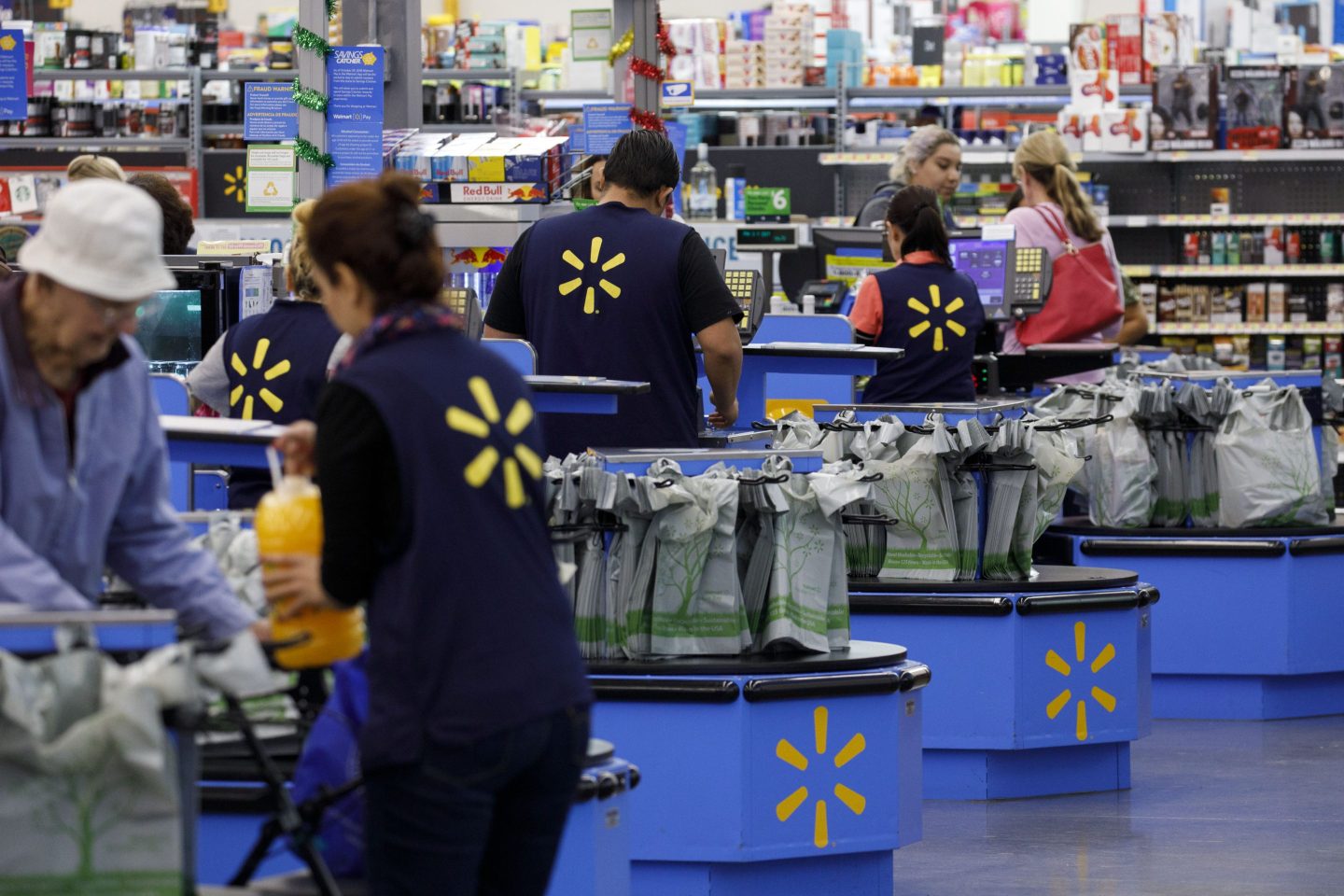 Despite an industry shakeout that’s been dubbed the retail apocalypse, store workers who have hung in there are seeing better pay than a generation ago, even with inflation.

Minimum wage increases by states and across major chains, like Walmart Inc., Target Corp., and Costco, have jump-started the income gains. The pay hikes are also being fueled by a tight labor market, caused, in part, by competition from the gig economy.

Average hourly earnings for 13.4 million non-supervisory retail workers surged 5.1% last year for the biggest advance since 1981, according to the U.S. Bureau of Labor Statistics. And they’ve kept rising, hitting $16.65 an hour in July. When adjusted for inflation, that’s the highest level since December 2003.

Retailers are vying for workers amid historic low levels of unemployment, even with the ongoing wave of store closures. The gig economy, powered by firms like Uber and TaskRabbit, has sucked away a lot of potential retail workers with its flexible be-your-own boss appeal. That’s pushed retail job-opening rates higher than in other industries, a development that has also helped boost wages faster. Hourly pay for all non-supervisory workers rose 3.5% last year.

Yet while retail associates have made recent gains, they still earn much less than hourly workers in many other sectors. They are now making 29% less than the average for all non-supervisory employees, just a marginal improvement from 30% a decade ago. Inflation-adjusted retail wages also still have a ways to go to surpass their levels in the 1970s, even as pay for hourly workers in general last year finally passed their inflation-adjusted 1973 peak.

Retailers are also boosting benefits, like parental leave and college tuition, while scouring the masses for candidates. Department-store chain Kohl’s Corp. is lowering its minimum hiring age by a year to 16 to attract more candidates. Others are giving higher consideration to ex-cons. Chains like Home Depot Inc. have simplified the application process down to texting.

As the largest employer of hourly workers in the country with about 1.5 million associates, Walmart has been a major catalyst. The retailer boosted its minimum hourly rate to $9 an hour in 2015 and has since pushed it to $11. Meanwhile, Target upped the ante on its rival by hitting $13 an hour in June, which is part of a commitment to reach $15 by 2020.

As a result, hourly associate pay in the general merchandise retail category, which includes discounters like Walmart and Target, has jumped 26% since 2015 to $14.85. This is by far the best stretch of gains since the Bureau of Labor Statistics started breaking out data on this sector in 1990. That’s also the highest hourly pay rate adjusted for inflation during that period.

Over the past few years, states—mostly led by Democrats—have boosted minimum wages while the federal standard remains stuck at $7.25 an hour. California, Colorado, Arizona, Maine, Massachusetts, New York, Oregon, and Washington state are all at $11 or $12 an hour. And more increases are on the way.

While retail workers are getting paid more, there are fewer of them. The industry’s payrolls peaked in January 2017, with department stores and clothing chains hit especially hard since then.

A mix of online competition, too much debt and mismanagement have recently wiped out chains such as Toys “R” Us, Bon-Ton, Payless, and Gymboree. Meanwhile, operating chains, like Sears, J.C. Penney, and Gap, continue to shutter underperforming stores and cut jobs.

And all this has come amid the longest economic expansion in U.S. history, plus the highest sustained consumer confidence levels in two decades.