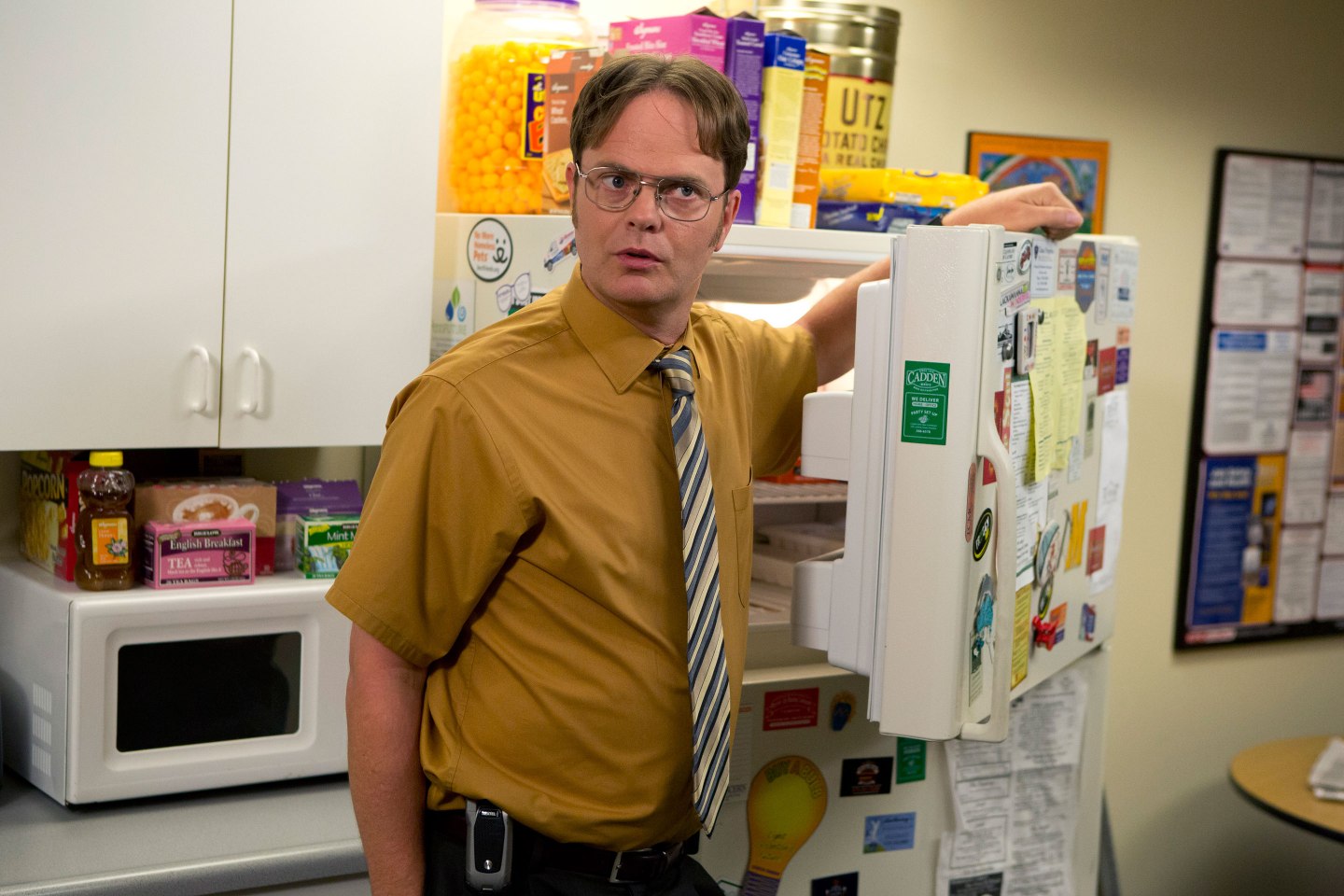 Rainn WIlson as Dwight Schrute from episode 901 of the "The Office."
Justin Lubin—NBC/NBCU Photo Bank

If, by 2021, you still haven’t gotten enough of Michael, Dwight, Jim, Pam, and the rest of the Dunder-Mifflin crew, you’ll have to subscribe to yet another streaming service. On Tuesday, NBCUniversal announced that The Office will no longer be available on Netflix by 2021, instead exclusively living on the company’s own new streaming service that’s set to launch in 2020.

“We’re sad that NBC has decided to take The Office back for its own streaming platform — but members can binge the show to their hearts’ content ad-free on Netflix until January 2021,” Netflix wrote on Twitter. It’s certainly “sad” for the streaming giant: The Office is the most popular show on all streaming services. As NBC wrote in its press release announcing the move: “In 2018, it was streamed for over 52 billion minutes, and in April 2019, it was viewed nearly twice as much as the next most-viewed program on SVOD.”

The move is yet another sign that what was once a convenience of choosing content providers a la carte as an addition to—or replacement for—cable may soon seem like just as much of a burden, financially. NBCUniversal’s offering will have an ad-supported version that’s free for cable subscribers and a premium option for those who want The Office without commercials like they’re getting on Netflix. If NBC decides to take back some of its other popular streaming comedies like Parks and Recreation and 30 Rock, among many of its shows that are available on Netflix and Hulu, it’s inevitable that more people will sign up for the channel’s service begrudgingly, not out of excitement for the ease of rewatching their favorite shows.

There will still be a cross-pollination of network shows on streaming services, thanks to the lucrative nature of licensing deals. The prime example is how Netflix paid WarnerMedia $100 million for the rights to stream Friends for a single year, though that will surely change once the latter company launches its own streaming service later this year. According to The Wall Street Journal, that service will include HBO, Cinemax, the library of Warner Bros., and original content, and cost $16 or $17 per month.

So, NBC and Warner’s streamers will join Netflix, Amazon Prime, Hulu, the Criterion Channel, CBS All Access, as well as the forthcoming Disney+, Apple TV+, the Discovery/BBC channel, and whatever else pops up. With each of them offering exclusivity—Disney+ most prominently will have its backlog of animated films, the Marvel movies, and the Star Wars universe—and original movies, series, and specials, consumers aren’t in a much better place than they were with cable companies and their various tiers of packages, where it’s always “just” a few dollars more to add another sports bundle or channel like HBO or Showtime.

It looks as though we’re heading into a different era of cord-cutting where there will likely be a fear of missing out on content as each service builds up its stockpiles of quality exclusives.

Netflix is already leading the way there, with Roma winning Oscars and the latest Adam Sandler flick, Murder Mystery, proving that it can have a blockbuster-level movie for the stay-at-home crowd. We’re also likely to see more of these services coming out with short-form videos. More people are now viewing content on their mobile devices than on televisions, and Netflix and YouTube are catering to more easily digestible shows. There’s also the upcoming Quibi, which is designed exclusively for mobile devices and will feature short originals and longer-form content in seven-to-10-minute “chapters,” starting at $5 a month for an ad-supported version.

As Vox noted in March, cable companies still control a “shocking amount” of the country’s broadband infrastructure and that likely means consumers will end up buying bundles of streaming services, just like they’ve been doing with premium cable packages. Earlier this year, NBC reported that the average monthly internet plan was $68, and that when you add on a handful of the current and upcoming streaming subscriptions, it’s well over $100 a month. As the new exclusives for each service start to become more like viewing essentials, the price will either be the same or more than a traditional cable bill. The only thing that will end up changing is how consumers select their channels: a la carte or via a bundled deal from their internet service provider. All that’s really certain is that, until New Year’s Day 2021, Netflix subscribers can binge The Office as many times as they want, as long as they keep paying $12.99 per month.

—Here’s how the major streaming services compare against each other