American Consumers Might be About to ‘Talk Ourselves Into a Recession.’ Here’s How 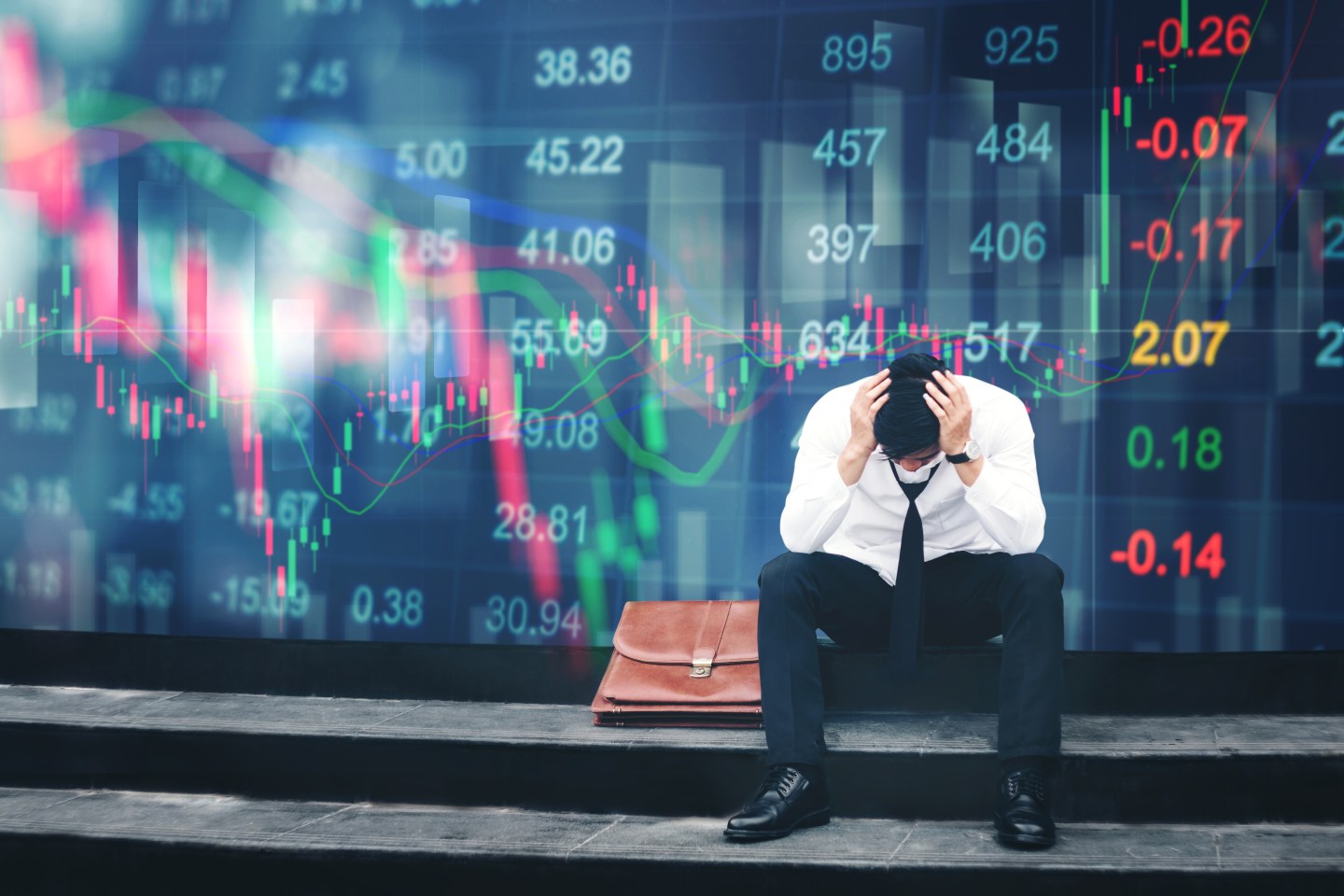 If consumers start to think a recession is imminent, they can help bring one about.
SARINYAPINNGAM Getty Images/iStockphoto

Consumers may be starting to sweat it.

According to business research group The Conference Board’s monthly report, the consumer confidence index missed expectations and dropped to 121.5 in June—a two-year low from September 2017. The board expected the index to hit 134.1 originally, but bearishly revised last month’s number to 131.3 for June.

As a monthly indicator of the overall economy, the index provides insight into consumers’ concerns.

“The escalation in trade and tariff tensions earlier this month appears to have shaken consumers’ confidence,” Conference Board senior director Lynn Franco said in a statement. “Although the Index remains at a high level, continued uncertainty could result in further volatility in the Index and, at some point, could even begin to diminish consumers’ confidence in the expansion.”

Economists are equally frustrated by the numbers. Michael Pearce, the senior U.S. economist for Capital Economics, wrote in a note that the index was a “disappointing outcome.” He also noted that “We’re guessing that the Mexico tariff fiasco, which also triggered steep drops in business surveys conducted while the tariff threat was live, is responsible.”

In fact, Fortune reported Tuesday that conversations at the upcoming G20 summit in Osaka, Japan may be dominated by sorting out trade concerns (as opposed to the summit’s typical topics like climate change).

And John Traynor, the chief investment officer at People’s United Advisors, believes the summit should majorly impact consumer (and market) attitudes in the next couple months—either by inciting further bullishness on the economy or righting it. While he maintains it has taken a while for trade concerns to seep into consumer concerns, Traynor suggests trade unrest and Middle East headlines may be finally trickling down.

“As reflected by today’s drop in consumer confidence, these same tenuous headlines have started to make a dent on Main Street as people have become more concerned about the implications of lingering China Trade negotiations on hiring,” Dan Skelly, the executive Director, head of wealth management’s equity model portfolio solutions and market strategy at Morgan Stanley told Fortune in a note.

Apart from trade and tariffs, the survey shows consumers are also more pessimistic on short-term business and labor conditions. In fact, the index saw a decrease in consumers who expected business conditions to improve in 6 months from 21.4% to 18.1%, and the outlook for those expecting more jobs in the short-term decreasing from 18.4% to 17.3%.

Still, while many experts remain bullish on the economy, according to a new Bankrate survey, everyday Americans may be slightly less enthused. The survey shows that some 39% of Americans rate the economy as ‘not so good’ or ‘poor.’

But while the index decline raises some concerns, other analysts are more sanguine.

Despite the inherent doom and gloom of dropping consumer confidence numbers, those like Traynor at People’s United Advisors are actually “surprised with the strength” of confidence in the past few months.

Traynor thinks consumers are “generally in good spirits” when employment and wage numbers are good, as they have been as of late, he says.

In fact, the unemployment rate fell in May to 3.6%—the lowest rate since December 1969, according to the Labor Department.

That’s a big positive. But for consumers, the belief that there’s a recession coming may be enough to bring one about.