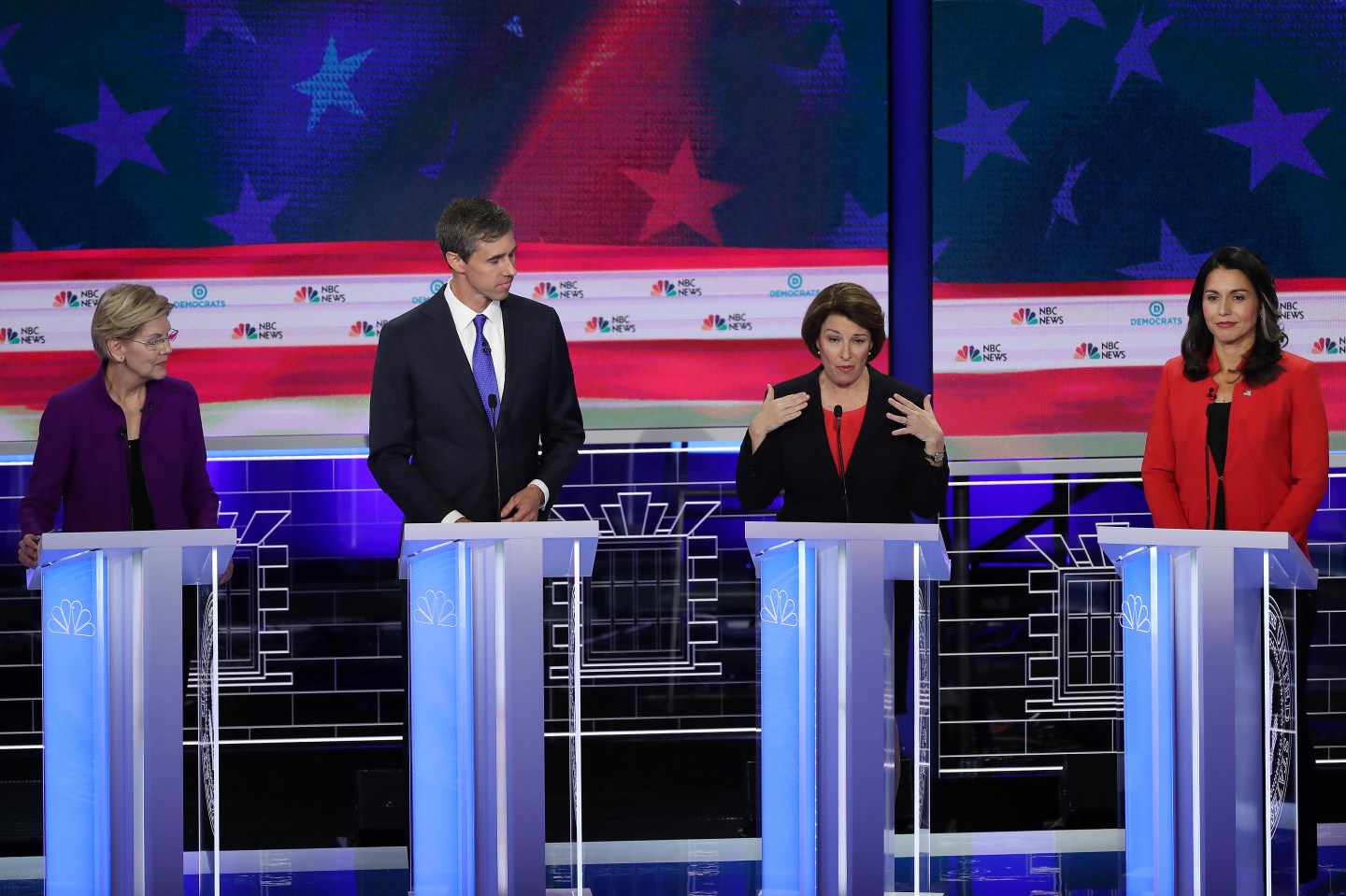 This was no Trump rally. Ten Democrats kicked off the presidential debate season with a sober rendering of policy that featured a smattering of missteps on climate change, the economy and more but no whoppers.

The Democrats spoke largely in generalities Wednesday night and when they got into the nuts and bolts, their claims largely checked out. But not always.

A look at the rhetoric from the first debate, with 10 more Democrats taking the stage in Miami on Thursday:

THE FACTS: Not quite. This answer implies that after 2025 or 2029, when whoever is elected in 2020 leaves office, it will be too late to fight or limit climate change.

That’s a common misconception that stemmed from a U.N. scientific report that came out last fall, which talked about 2030, mostly because that’s a key date in the Paris climate agreement. The report states that with every half a degree Celsius and with every year, global warming and its dangers get worse. However, it does not say at some point it is too late.

“The hotter it gets the worse it gets but there is no cliff edge,” James Skea, co-chairman of the report and professor of sustainable energy at Imperial College London, told The Associated Press.

BETO O’ROURKE, referring to the international climate goal: “If all of us does all that we can, then we’re going to be able to keep this planet from warming another 2 degrees Celsius and ensure that we match what this country can do and live up to our promise and our potential.”

THE FACTS: O’Rourke gets the climate goal wrong.

Since 2009, international summits and the Paris climate agreement list the overarching goal as limiting climate change to no more than 2 degrees Celsius (3.6 degrees Fahrenheit) from pre-industrial times. That’s somewhere between 1850 and 1880, depending on who is calculating.

JULIAN CASTRO, former federal housing secretary: “I would do several things, starting with something we should have done a long time ago, which is to pass the Equal Rights Amendment, finally, in this country. And, also, pursue legislation so that women are paid equal pay for equal work in this country.”

THE FACTS: It would be past time if it hadn’t already happened. It has been illegal to pay men more than women for the same work, or vice versa, since the passage of the Equal Pay Act in 1963. Disparities, however, persist despite the law.

THE FACTS: Those figures exaggerate the state of income and wealth inequality. While few studies single out the bottom 60%, the Congressional Budget Office calculates that the bottom 80% of Americans have seen their incomes rise 32% since 1979. That is certainly lower than the doubling of income enjoyed by the top one-fifth of income earners. And the richest 1% possess 32% of the nation’s wealth, according to data from the Federal Reserve , not 90%.

THE FACTS: The tax cut wasn’t quite that big: The Joint Committee on Taxation estimates that it will reduce tax revenues by $1.5 trillion over the next decade. And individuals, not corporations, will actually receive the bulk of those cuts — they’re getting $1.1 trillion while businesses get $654 billion, offset by higher tax revenues from changes to international tax law.

The tax cuts did mostly favor richer Americans: The top one-fifth of income earners got 65% of the benefit from the tax cuts, with just 1% going to the poorest one-fifth, according to the nonpartisan Tax Policy Center.