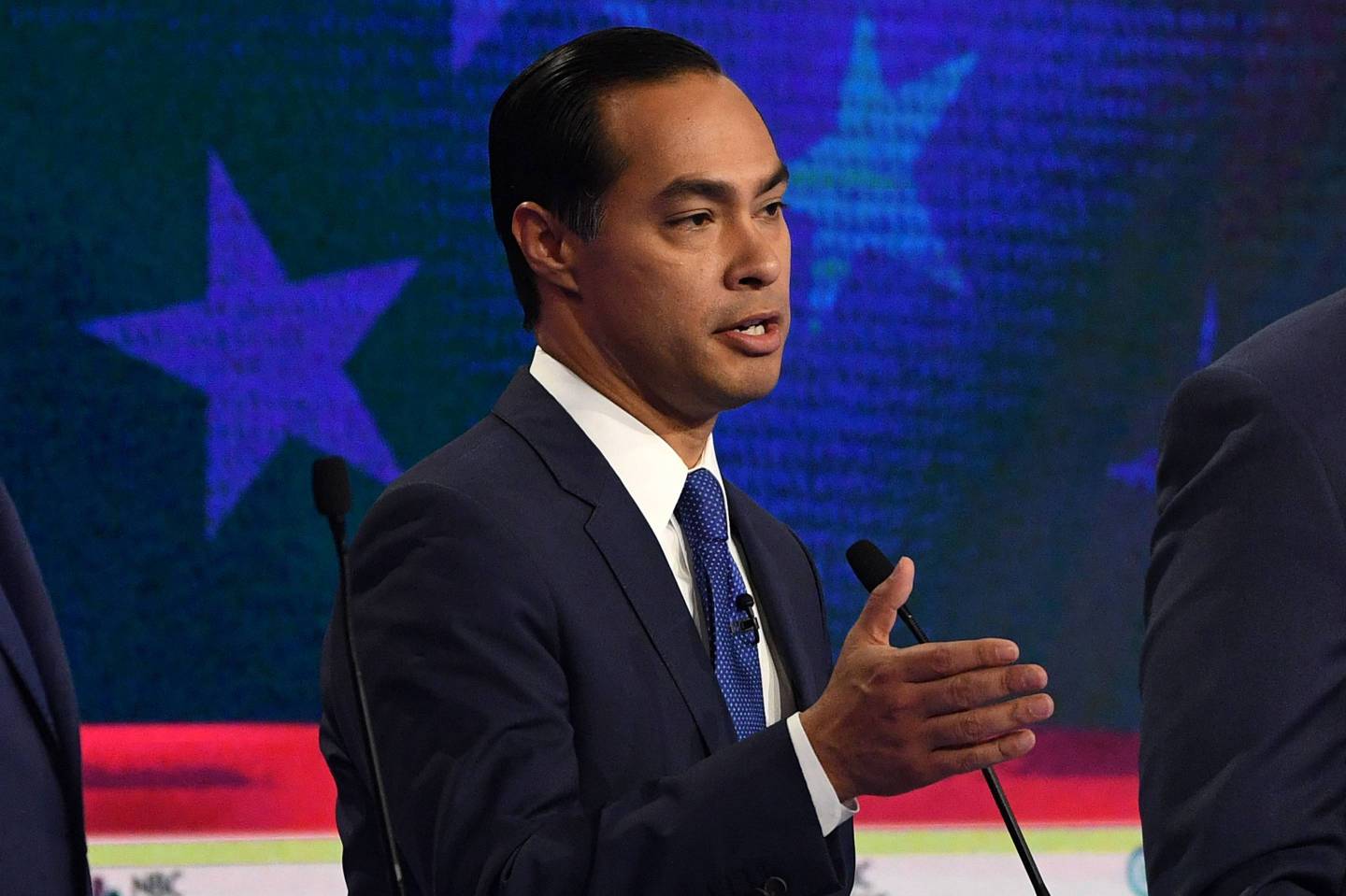 Beto O’Rourke opened the debate speaking in Spanish, and Cory Booker went bilingual about 30 minutes later while talking about the border. But it was Julián Castro, a mostly forgotten candidate the last several months, who broke out in the first half of the Democratic debate by leading the field on Latin America issues and immigration.

Castro expressed plans to immediately cancel some of President Donald Trump’s immigration policies and started a conversation about making border crossings a civil penalty rather than a criminal penalty—a stance that drew O’Rourke into an uncomfortable position.

The debate turned to immigration when moderator Jose Diaz-Balart asked Castro what he would do his first day in office concerning the border. Castro said he would sign an executive order to eliminate Trump’s “zero tolerance” policy that called for prosecuting anyone illegally entering the United States and his “metering” policy that limits the number of daily asylum seekers, forcing many to wait in northern Mexico. Castro referenced El Salvadoran asylum seekers Óscar Alberto Martínez Ramírez and his 2-year-old daughter Valeria, who died this week while crossing the Rio Grande. They had been waiting at a migrant camp.

“This metering policy is what prompted Óscar and Valeria to make that risky swim across the river,” Castro said. “They have been playing games with people who are coming to try and seek asylum at our ports of entry. Óscar and Valeria went to seek asylum and they were denied the ability to make an asylum claim. So they got frustrated and they tried to cross the river and they died because of that.”

Moments later, Castro brought up his plan to repeal section 1325 of the Immigration and Nationality Act. The section as currently constructed makes border crossing a criminal offense. He said he would make it a civil offense and praised Booker, Elizabeth Warren, and Jay Inslee for proposing the same.

Then, after O’Rourke started sharing his plan to rewrite immigration laws, Castro interrupted him. He brought up section 1325 again. O’Rourke has not supported its repeal, expressing concern about drug traffickers.

“Some of us on this stage have called to end that section,” Castro said. “Some like Congressman O’Rourke have not. And I want to challenge all of the candidates to do that…If you truly want to change the system then we’ve got to repeal that section.”

O’Rourke countered by emphasizing his intention to rewrite a comprehensive plan. Castro fired back by saying other parts of the U.S. criminal code outlaw drug trafficking.

The performance could be a boon for Castro, who has been polling under 1 percent, and harmful to fellow Texan O’Rourke, who has been criticized for an inability to put forth clear policy stances as his campaign languishes.

The end of their confrontation about immigration featured mostly incomprehensible back and forth. About the only clear expression came from Castro. He said to O’Rourke, “If you did your homework on this issue you would know.”