Issues That Divide 2020 Democrats Going Into the First Debate 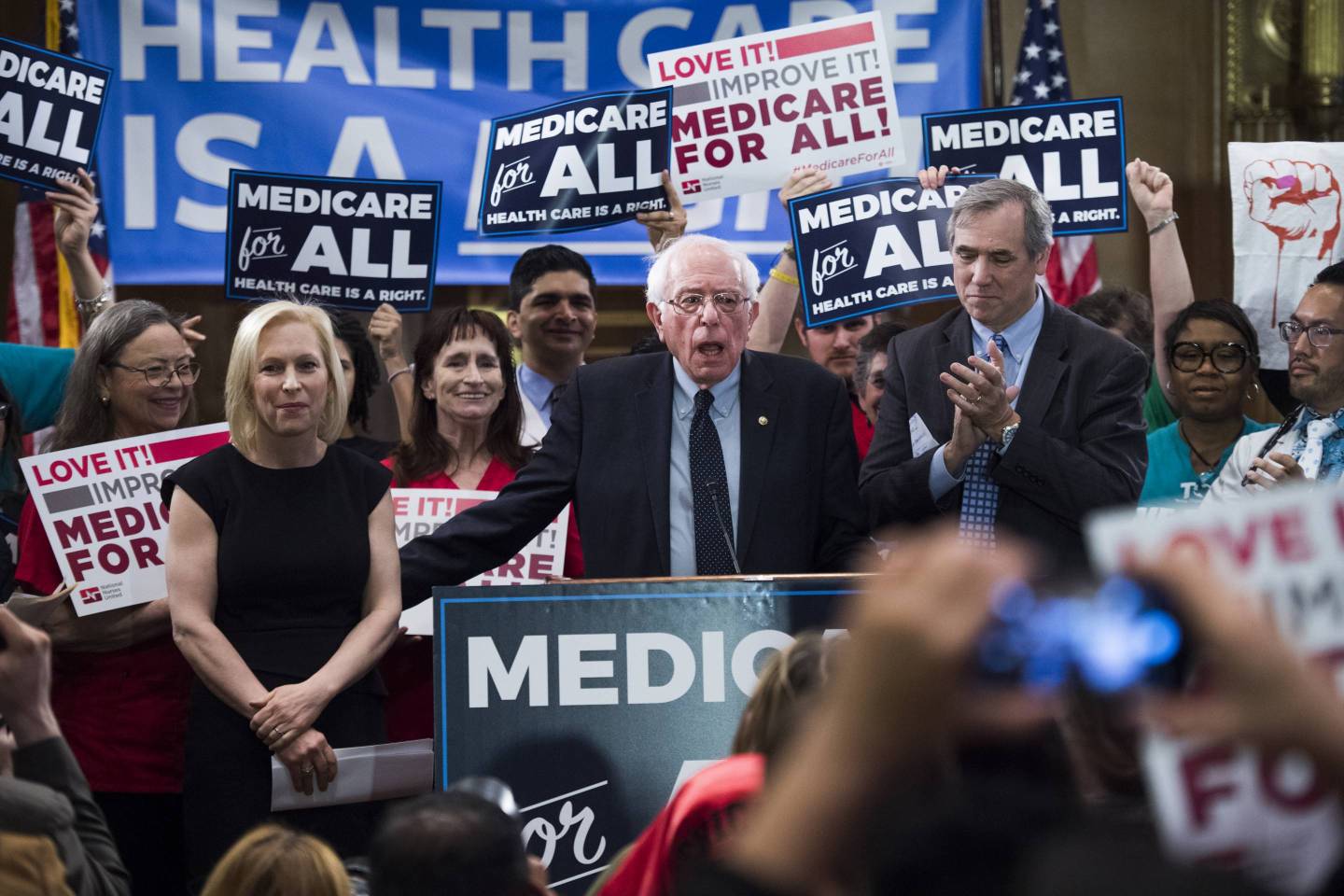 Twenty contenders, two nights, four hours. Even under the best circumstances, the packed 2019 Democratic debates will be a tough place for 2020 candidates to stand out.

Many of the contenders, scheduled to debate over two nights on June 26 and 27, come down similarly on the party’s mainstay issues, like abortion and gun control. In issues where there are policy differences—the environment, healthcare, criminal justice, and the legalization of marijuana—a candidate’s past record may prove to make waves.

Ahead of the first Democratic debates, here are some of the issues that separate candidates from the rest of the 2020 Democratic field.

When it comes to wealth disparity, Former Colorado Governor John Hickenlooper boldly declared himself a capitalist, a sentiment economically shared by many, but eschewed for the word “progressive.” The more unique proposals include Booker’s so-called $1,000 “baby bond,” that would incrementally be given to every child, depending upon family household income. Those bonds could be used for education or buying a home when the child turns 18. And entrepreneur Andrew Yang will get a chance to explain his guaranteed $1,000-per-month salary.

The Green New Deal or the Paris Accord are generally accepted by the candidates, except for Hickenlooper, who rejected the New Deal, but put forth his own proposal that calls for private sector partnership, and Tulsi Gabbard, who is calling for an end to fossil fuel use for electricity.

While the candidates have drawn attention to higher education costs, they are split on solutions. Some, like Sanders, have called for free public college and others, notably Warren, have proposed pathways to clear student debt. Buttigieg believes in cutting the cost of education but doesn’t think the government should underwrite it; neither does Senator Amy Klobuchar (Minnesota). Biden, who now indicates support for free four-year education, will be pressed on his support in 1998 and 2005 for two different changes to tax code that make it harder to discharge federal and private student loans.

The litmus test for abortion rights now includes overturning the Hyde amendment, which bars federal funds from covering abortion for Medicaid patients, with few exceptions. Biden only early this month reversed his support of the Amendment. He will likely have to answer for this, especially in light of his support in 1981 for an amendment that allowed states to overturn Roe v. Wade. Similarly, Gabbard, who entered politics at age 21, originally didn’t support abortion rights, but has since shifted.

All candidates support marijuana legalization, some at the federal level and some at the state level. Biden, once again, may have to answer for his lengthy voting record. In 2010, he said he considered pot a gateway drug, but now thinks states should consider whether to legalize.

Healthcare is a place for some members to break away. Eight candidates, notably Bernie Sanders (Vermont) in his last presidential bid, supported Medicare for All, which would get rid of private insurance entirely. Ten have supported Medicare for all, but also express an interest in keeping private insurance. Delaney and Biden support improving on the Affordable Care Act.

Immigration is the clearest way for the candidates to distinguish themselves from President Donald Trump. Castro, Gillibrand, Sanders ,and Warren have called for Immigration and Customs Enforcement to either be abolished or restructured. Julian Castro, former Secretary of Housing and Urban Development under President Barack Obama, has proposed reclassifying illegal border entry as a civil violation, in which undocumented immigrants can be returned without a court order.

Mayor Pete Buttigieg, who had enjoyed a surprisingly drama-free ride to popularity, will have to explain his criminal justice platform, as his hometown of South Bend, Ind., is reeling from the death of a black man shot by a white police officer. On Sunday, the Mayor hosted tense town halls that highlighted long-running tensions between the black community and the police and called into question the role Buttigieg played in them.

Meanwhile, Harris and Klobuchar, may face questions about how race figured into their past as prosecutors. Harris has been on the defensive for her anti-truancy initiatives, in which some parents were jailed for their child’s absenteeism. Klobuchar will likely be pushed on her decisions to not press charges in about two dozen cases in which civilians were killed during police incidents.

Each candidate supports gun control, with some combination of background checks and bans on assault rifles, bump stocks, and high capacity magazines. Sanders is hoping to lay to rest his vote against background checks in 1993, challenged by Hillary Clinton in his last campaign. He isn’t the only one trying to appeal to the base, which has supported attention to gun control laws. Representative Tim Ryan had received an “A” rating from the NRA, but he broke from the group after the 2017 Las Vegas shooting. He now supports background checks. Senator Michael Bennet (Colorado) has supported bans on high capacity magazines, but in 2010 said he opposed restricting the right to bear arms.

The first two 2019 Democratic presidential debates will air on NBC News, MSNBC and, in Spanish on Telemundo at 9 p.m. E.T. The debates will live stream on each network’s website and on Facebook, Twitter, and YouTube.

—Why 2020 Democratic presidential candidates are flocking to Fox News

—Meet the Republicans likely to challenge Trump in the 2020 primary

—How would a recession shape the 2020 presidential race?

—Beating Trump in 2020: What the electability conversation misses