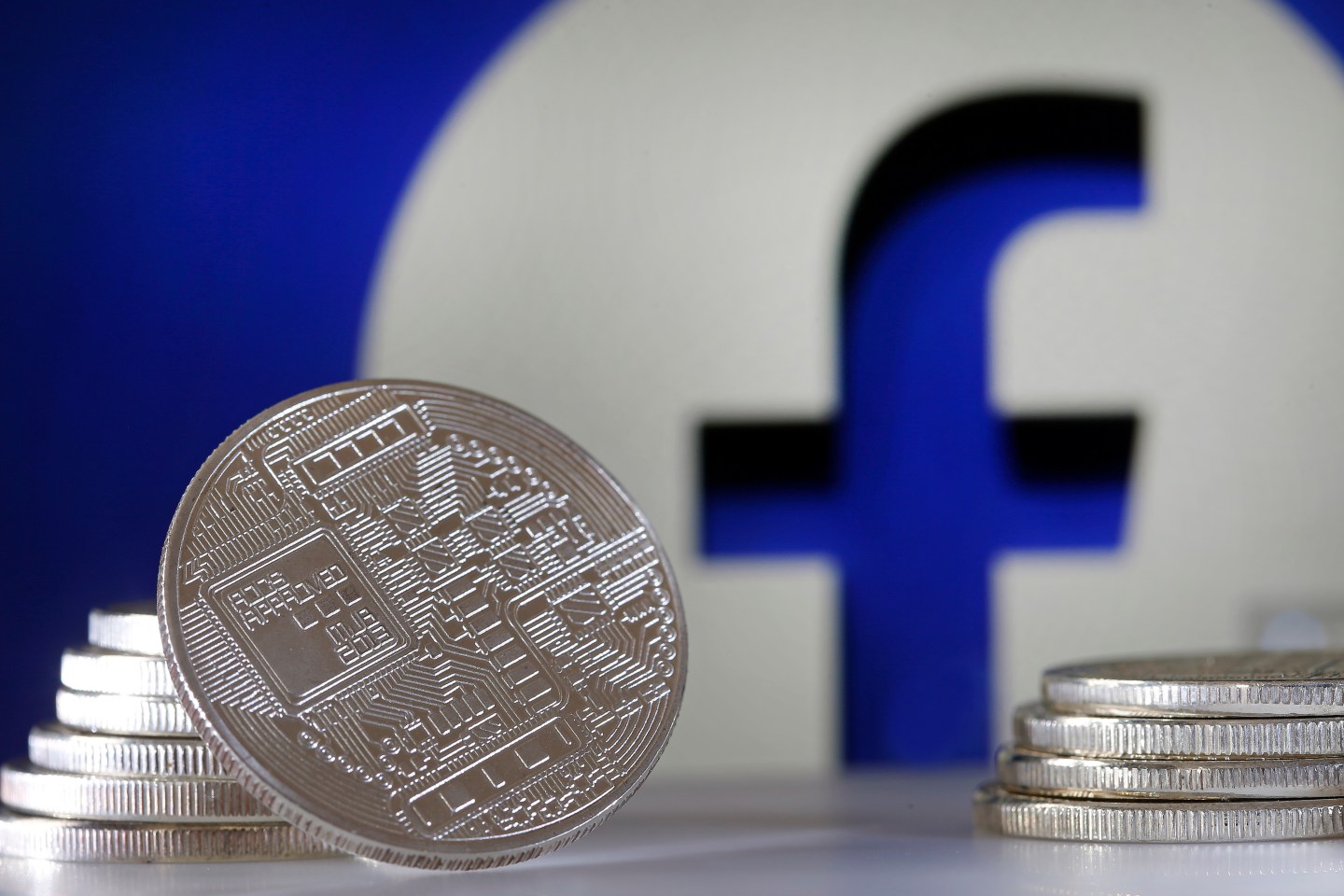 PARIS, FRANCE - JUNE 18: In this photo illustration, a visual representation of a digital cryptocurrency coin sits on display in front of a Facebook logo on June 17, 2019 in Paris, France. (Photo by Chesnot/Getty Images)
Chesnot Getty Images

It’s a big day in the technology world. Facebook has announced plans to dive headfirst into cryptocurrency, with an offering that allows peer-to-peer payments as well as purchases on the Facebook platform. Initial partners include Visa, Mastercard, Uber, PayPal and Stripe. The currency’s name: Libra.

Facebook is touting this as an effort to provide banking services to the “unbanked”—people without adequate financial services. But anyone who has watched the explosion of commerce and financial services happening on social media sites throughout Asia knows the move potentially opens huge opportunities for the company. That’s why analysts have been excited to see the news. Some early reviews:

Suntrust: “We believe this is a major initiative for Facebook, and one that has the potential of putting the company front and center in areas beyond advertising, including commerce and financial services, materially expanding its [total addressable market] and growth prospects…”

RBC: “We believe this may prove to be one of the most important initiatives in the history of the company to unlock new engagement and revenue streams.”

And Bank of America: “With more than 2.5 billion users, Facebook and its partners could be a significant endorsement of cryptocurrency and a notable addition to the Facebook app ecosystem.”

My Fortune colleagues report that crypto enthusiasts, with their anti-establishment bent, can’t agree whether the tech giant entering their space is good news or bad news. But early crypto investor Barry Silbert tweeted: “The launch of Facebook’s cryptocurrency will go down in history as THE catalyst that propelled digital assets (including bitcoin) to mass global consumer adoption.”

Worth noting Libra won’t be available for use until 2020.

You can find more coverage of the Libra launch on fortune.com. And it is sure to be a hot topic of conversation at Fortune Brainstorm Finance, which gets underway tomorrow in Montauk.

China is formulating its own “unreliable entities list” to target foreign firms. It’s most likely a response to the U.S.’s targeting of Huawei, so expect U.S. companies to be the first entries. The big question is what the consequences of being placed on the list will be. Fortune

The Paris Air Show is on, and Airbus is the big winner, scooping up $13 billion in orders on the first day. Boeing? Zilch. Airbus is seeing enthusiasm for its A321XLR, which can fly further than other narrow-bodies, and which targets Boeing’s “new midmarket airplane”—unofficially known as the 797. The 797 is on hold right now, as Boeing has other issues to focus on. Bloomberg

The likelihood of war in the Middle East continues to ratchet up, with the U.S. sending another 1,000 troops to the region in response to “the recent Iranian attacks.” The U.S. says Iran is behind recent attacks on oil tankers near the Straits of Hormuz, though it has not yet produced sufficient evidence to convince most of the rest of the world. Iran has, however, said it will soon breach its previous commitments about nuclear enrichment. Fortune

Pfizer is shelling out almost $11 billion for Array BioPharma, a company that specializes in cancer treatment. Pfizer is already strong in breast and prostate cancer treatment, but the Array buy gives it a boost in treating colorectal cancer in particular. Wall Street Journal

Sotheby’s, one of the world’s big two art auctioneers, is being bought by Altice founder Patrick Drahi. The French-Israeli billionaire is paying a 61% premium over the stock’s Friday closing price. As this New York Times piece explains, rival Christie’s has been doing well under the ownership of another billionaire. Sotheby’s CEO Tad Smith: “This acquisition will provide Sotheby’s with the opportunity to accelerate the successful program of growth initiatives of the past several years in a more flexible private environment.” NYT

In the event of a full-blown trade war between the U.S. and China, which other countries would benefit most? According to Barclays economic research chief Christian Keller, France, Germany and the U.K. would be the winners, because their exports to China are the closest analogs to U.S. exports. CNBC

A self-described white supremacist has been jailed for 21 months for sharing the video of the March Christchurch mosque massacres, that was livestreamed by the killer. The New Zealand government has outlawed the sharing of the video, with a maximum jail sentence of 14 years. Reuters

We’re getting used to seeing vegan alternatives to burger-beef appearing on the market, but ersatz chicken? KFC is trying it out, giving customers a flesh-free salt-delivery option. It’s called the Imposter Burger and, in the words of BBC reporter Katie Hope: “It certainly looks like the real thing. But when I bite into it I can immediately tell the difference. It's a bit dry and despite the spices it's bland and unmemorable. I struggle to eat the whole thing.” Yum! BBC