The Wing Lands in Boston and Finds an Advertising Double Standard 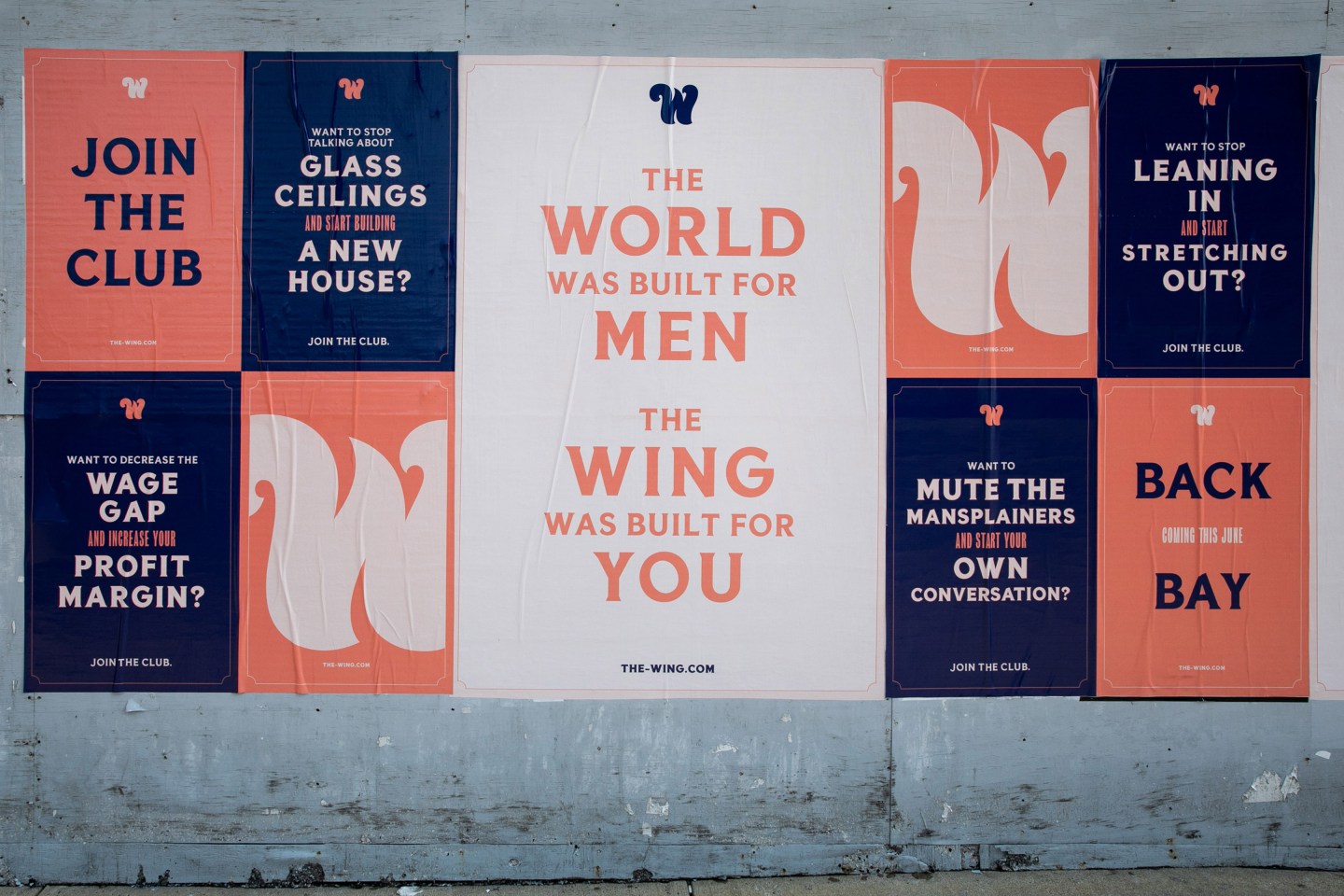 All The Wing was trying to do was “mute the mansplainers” and start a conversation!

But recently the company found itself in a fix when two subway station ads for their soon-to-open Boston location were rejected by the Massachusetts Bay Transportation Authority (MBTA) for containing “political issues or matters of public debate.” The controversial statements in question: The aforementioned “Want to mute the mansplainers and start your own conversation?” and “The World was built for men. The Wing is built for you.”

As Rachel Racusen, VP of Communications for The Wing points out, the ad is literally true. The Wing’s coworking spaces are filled with furniture custom-designed to fit the average woman, not the average man: It is one of the rare spaces that has been designed to be physically comfortable for women first, according to Racusen. She says that the play on words in “The world is built for Men. The Wing is built for you” is purposeful—that a world built for men is very much part of what the company aims to fix.

The company, which was founded by former political consultant Audrey Gelman & early SoulCycle vet Lauren Kassan in New York in 2016, offers a members-only coworking-space-slash-community-center for women in a growing number of cities.

The MBTA has a list of banned categories 15 strong, ranging from “demeaning or disparaging” speech to the depiction of smoking, violence, or illegal activity. Predictably, in still-somewhat-Puritan Boston, “prurient sexual suggestiveness” makes the list, but the “matters of public debate” filter appears itself to be up for more debate than the one for “is it too sexy?”. An accepted 2017 campaign by New England furniture chain Bernie & Phil’s was designed to look like classified ads for group sex and one night stands; it ran for several months. And ads for the erectile disfunction drug Roman ran on Boston subway cars with suggestive catch phrases like “You’re on this train for the next 15 minutes. Make the most of it.”

New York’s Metropolitan Transportation Authority (MTA), too, has been loudly criticized in recent years for rejecting ads for period underwear and women’s sex toys while accepting plenty of campaigns promoting erectile disfunction medication. In addition to the same getRoman.com ads approved by the MBTA, posters for erectile disfunction medication Hims recently plastered the subway system with blatantly phallic cacti and eggplants. And a famously long-running campaign for breast augmentation features a woman sadly holding two mandarin oranges against her chest, then grinning as she holds up a pair of grapefruits. (One place where New York demonstrated a more liberal policy than the rest of the country was in a 2018 controversy surrounding ads for FridaBaby’s “MomWasher,” a squeeze bottle designed to help postpartum women clean themselves after using the bathroom. Ads reading “Trust us, your vagina will thank you” were rejected from billboards across the country, with feedback uniformly asking for the word “vagina” to be removed or changed. The one place FridaBaby says they were allowed to put up the signs was outside a selection of New York City subway stations.)

Back in Boston, political ads were banned in 2015 after a controversy surrounding pro-Palestinian posters in subway stations. Political speech seems relatively easy to identify. But how does the MBTA decide if an ad contains “a matter of public debate”? A spokeswoman for the MBTA confirmed the decision about The Wing’s ads, but did not respond to requests for clarification about how the decision was made and why the initial ads were rejected (a new ad, referencing emotional labor, is now running in place of the rejected ads). Despite the transit troubles, The Wing successfully bought outdoor advertising space showcasing the ads around Boston.

Increasing awareness of perceived sexist double standards in advertising has led to outraged coverage ad and outspoken protest of a range of banned subway ads (mostly in New York City’s MTA system) in recent years, and has often pushed the transit administrations to agree to run the campaigns. But The Wing’s experience in Boston exposes a less clear-cut situation. In the #MeToo era, with women fighting for equality in more outspoken ways than ever before, with increasing (though still shockingly small) numbers of female-founded companies gaining both attention and funding, it still comes down to city bureaucracy to determine whether mansplaining—and, perhaps, the patriarchy—is real.

That’s the issue that The Wing wants to emphasize. In a statement, the company said, “In 2019, the idea that we live in a society dominated by men isn’t really a matter of public debate. A recent study from the World Economic Forum says it will take women over 202 years to catch up to men economically. The Wing creates inclusive spaces designed to close this gap—and we can’t wait to open our doors for members in Boston.”

And that needs no mansplaining at all.