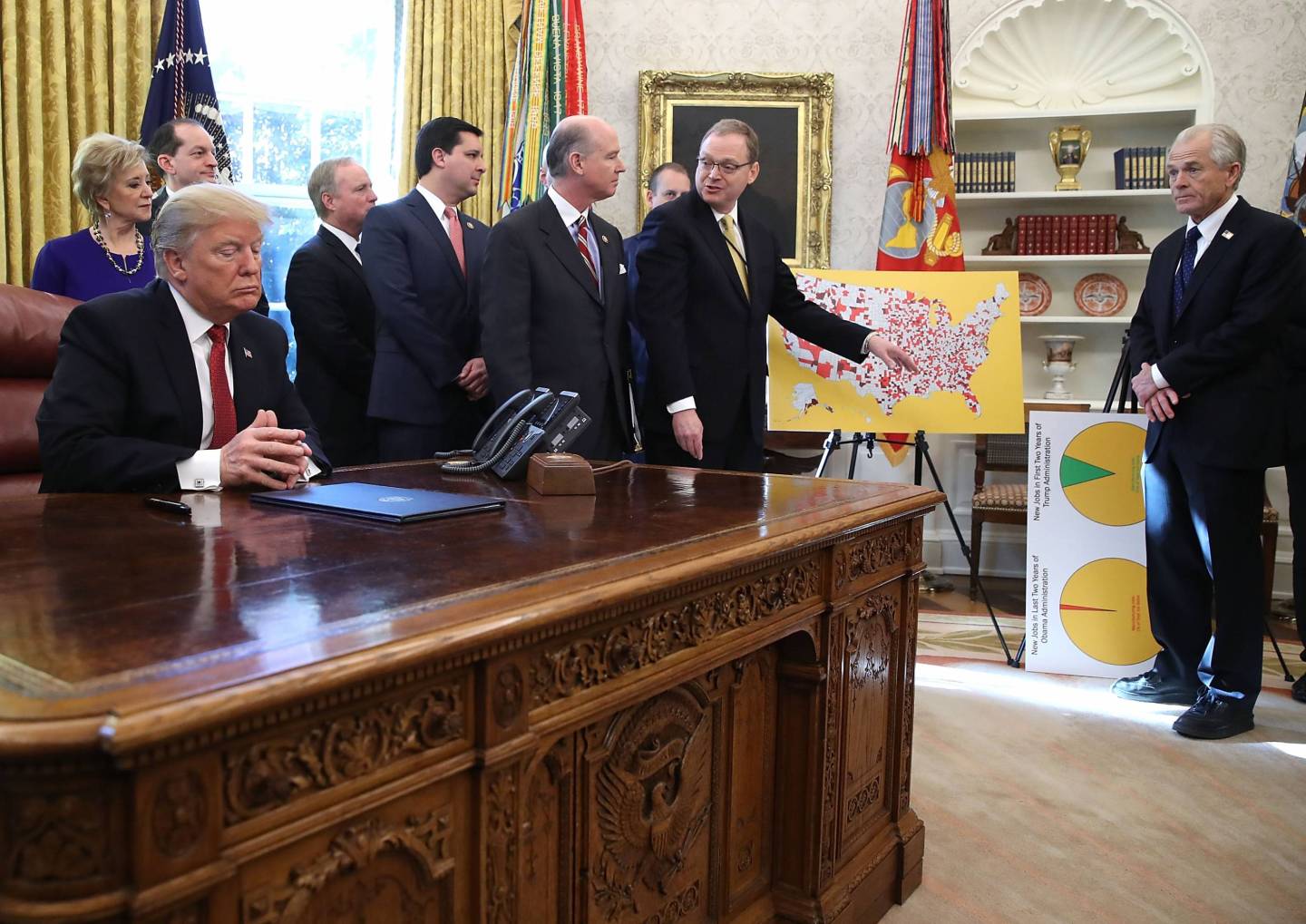 At this point, it’s well-documented that the Trump White House has seen a level of turnover unlike any other administration in modern times. At this point, no less than 50 top officials—from West Wing staffers to cabinet secretaries—have left Trumpworld in the two-and-a-half years since the President took the oath of office. Some departed on their own volition; others, for one reason or another, were unceremoniously forced out.

This week saw yet another high-profile appointee walk out the doors of 1600 Pennsylvania Avenue: Kevin Hassett, the chairman of the President’s Council of Economic Advisers. As the administration’s top economist, Hassett—a career tax policy wonk and former director at the American Enterprise Institute, a leading conservative think tank—advocated for the corporate tax cuts that comprised the Tax Cuts and Jobs Act of 2017, arguably Trump’s most significant legislative achievement to date.

Yet unlike the President, Hassett also holds more orthodox, free-market views on trade—a position that put him at odds with the Trump administration’s protectionist, tariff-heavy trade stance toward China and, more recently, Mexico. Despite that, Hassett told The New York Times that his departure has “nothing to do with any policy disagreements” within the administration.

Here are the members of Trump’s economic braintrust who preceded Hassett in leaving (in the order of their departure) and where they are now.

Like Hassett, Winfree also came to the administration from a prominent D.C.-based conservative think tank—in his case, the Heritage Foundation, where he served as a director. The fiscal policy wonk played an important role in crafting the administration’s first budget proposal, working alongside Office of Management and Budget director (and now-acting White House chief of staff) Mick Mulvaney.

Winfree left the White House after less than a year to return to his director gig at the Heritage Foundation. He did so amicably—as evidenced by reports last month that President Trump could nominate him to the Federal Reserve’s board of governors, in the wake of the failed nominations of Stephen Moore and Herman Cain.

Katz was deputy to former National Economic Council director Gary Cohn (more on him soon) and played a key role in crafting and pushing through the Trump administration’s tax reform bill, which was signed into law at the end of 2017. Katz resigned from his post shortly thereafter in January 2018, having reportedly always planned to stay in the administration for no more than one year. He departed on good terms, with Cohn describing him as “an invaluable partner in the development and execution of the President’s economic agenda.”

The former Goldman Sachs executive was one of the highest-ranking women in Trump’s White House, initially joining the new administration as a senior economic adviser focused on “entrepreneurship, economic growth, and the empowerment of women”—a role in which she worked closely with Ivanka Trump. In March 2017, then-National Security Adviser H.R. McMaster named Powell as one of his deputies, with Powell continuing in her economic adviser role while also pulling double-duty as an influential foreign policy adviser.

Like Katz, Powell supposedly also planned to serve no more than one year in the administration—resigning in January 2018, returning to her home in New York and rejoining Goldman Sachs. She also left the White House on good terms, and was widely mentioned as a candidate for U.S. Ambassador to the United Nations after Nikki Haley’s resignation last year; Powell eventually withdrew herself from consideration.

Hassett may have been Trump’s top economist, but the former Goldman Sachs president and COO was the President’s top economic advisor and played a crucial role in virtually every aspect of the administration’s economic policy. For the privilege of doing so, Cohn gave up what many considered to be a good shot at replacing Lloyd Blankfein as Goldman’s CEO (the job eventually went to Cohn’s replacement, David Solomon, who succeeded Blankfein last October).

Despite presiding over a robust, expanding economy, Cohn’s tenure in the White House was a rocky one. From the outset, he was cast as a key player in the establishment, “globalist” faction of the administration, which butted heads with the “populist” wing of the White House embodied by the likes of advisers Steve Bannon and Stephen Miller. Cohn was rumored to be considering his resignation in August 2017, after Trump’s controversial statements blaming “both sides” for the violence that broke out at that month’s white supremacist rally in Charlottesville, Va.

He eventually announced his resignation seven months later, in the wake of the President’s decision to impose sweeping tariffs on steel and aluminum imports—one of the first steps in the administration’s increasingly protectionist trade stance, now embodied by its escalating trade war with China. Cohn was replaced by Larry Kudlow and is now a visiting fellow at the Institute of Politics at Harvard University’s John F. Kennedy School of Government.

Eissenstat was one of Trump’s top aides on trade-related matters and represented the President at the likes of the G7, G20 and APEC summits. Despite being a pro-trade voice amid the administration’s shift toward more protectionist policies, Eissenstat’s departure last year was reportedly motivated by “family reasons.” He’s since joined General Motors as senior vice president of global public policy, leading the automaker’s D.C. lobbying efforts and reporting directly to GM chair and CEO Mary Barra.

Another of the administration’s top trade advisers, Willems was promoted to the departing Eissenstat’s job last summer. Eight months later, Willems himself was on the way out—exiting a role as one of the White House’s lead trade negotiators with China to join law firm Akin Gump’s public law and policy practice. Despite Willems’ departing amid increasingly contentious trade talks with Beijing, the White House said his pivot to the private sector was motivated by a desire to spend more time with his family.

Alongside her husband Vince, Linda McMahon helped built World Wrestling Entertainment into the preeminent enterprise in the world of professional wrestling. After his election, President Trump—a friend of the McMahons, and himself a former WWE on-screen personality—appointed McMahon to lead the Small Business Administration. This spring, she announced her resignation after more than two years on the job, stepping down to chair a pro-Trump super PAC ahead of the President’s reelection campaign.