These Stocks Are Born to Run 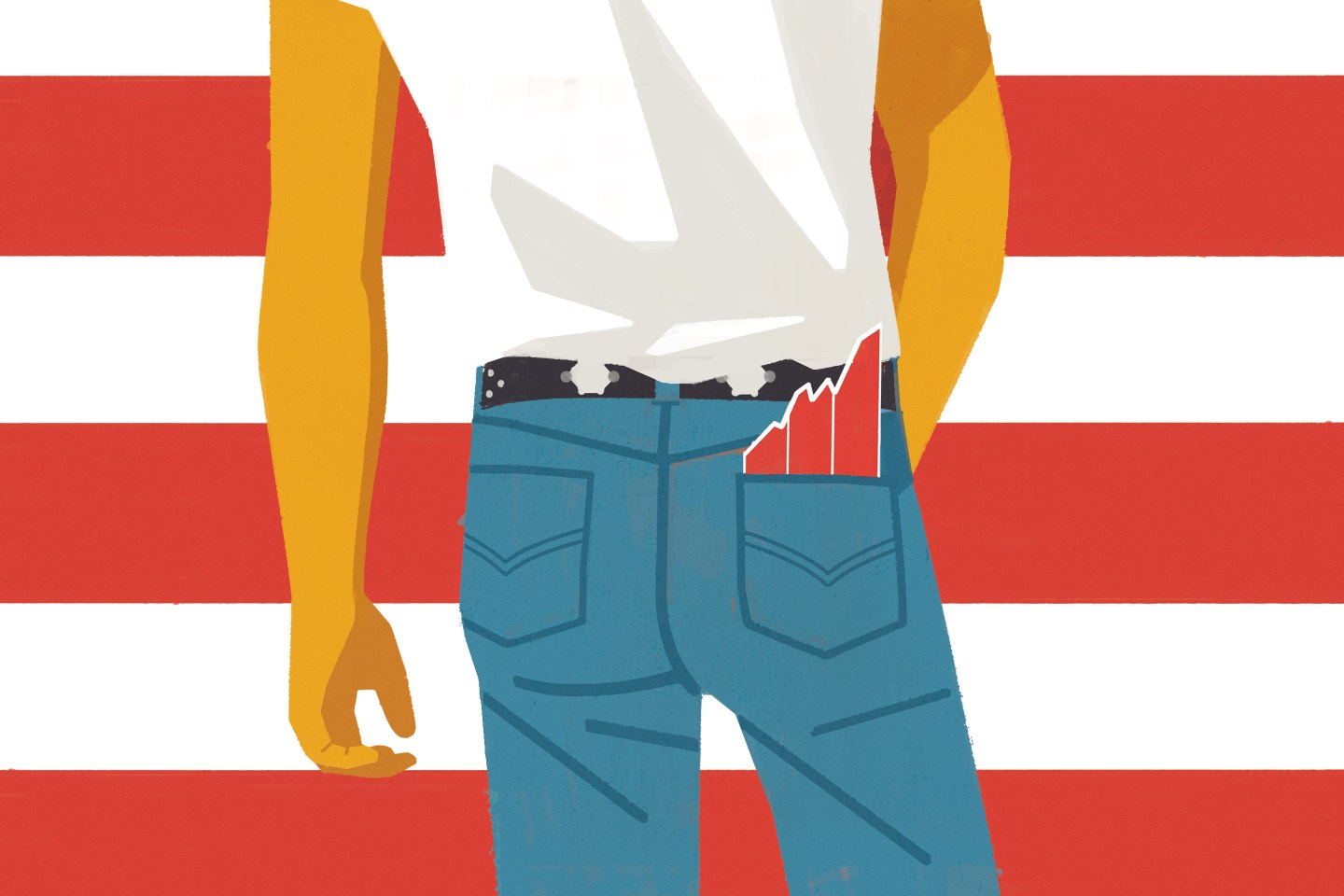 In the week before the June issue of Fortune went to press, the Speaker of the House announced the U.S. was in the midst of a constitutional crisis; a Trump tweet sent the Dow plunging 500 points; and politically, America remained as bitterly divided as ever. So here’s a shock: The U.S., by at least one measure, is a shining beacon of stability, with one of the more upbeat outlooks among major markets around the world. The economy continues to expand at a prodigious rate, corporate earnings are strong, and the U.S. stands as a model of yield within a global economy that has ranged from slow to nearly recessionary.

Indeed, in February and March alone, investors pulled almost $7 billion out of internationally focused funds, according to data from the Investment Company Institute. Meanwhile, they poured a combined $4.7 billion into U.S. equity funds.

“People are extraordinarily pessimistic about the outlook for the rest of the world, and they’re quite optimistic about the outlook for the U.S.,” according to Kate Warne, a principal and investment strategist at Edward Jones. That’s echoed by Michael Reynolds, investment strategy officer at Glenmede, who notes that “the growth story in the U.S. has been really resilient compared to globally—and U.S. companies tend to benefit from that.”

There’s just one problem: Buying American is now unusually expensive. With the S&P 500 having posted its best first quarter since 1998, investors need to look carefully to spot good values.

So starting with the gold standard of U.S. business, this year’s Fortune 500, we first screened for companies that derive an outsize percentage of their revenues from the U.S. market. (This to avoid companies that, while based here, might be hampered by overseas headwinds. Case in point:3M, No. 95 on the 2019 Fortune 500, which missed its first-­quarter earnings guidance on the back of disappointing numbers out of China.)

From that group of U.S.-focused companies, we dived deeper to screen for value relative to the broader market. The result? Four Born in the U.S.A. stocks to buy now.

Best Buy (BBY) derived nearly 92% of its revenues in its latest fiscal year from the U.S. market, and it has differentiated itself where other electronics and home entertainment retailers have failed. The company’s stock is trading at a forward price-to-earnings ratio of 13 (well below the S&P 500 average of around 17 times forward P/E) and is down 13% from its 52-week high—indicating that there’s value for investors looking for retail plays.

The so-called consumer discretionary sector at large is a winner in the eyes of many analysts, who have welcomed metrics indicating that U.S. consumer spending remains strong amid favorable economic conditions. “The consumer discretionaries have been left behind a bit,” according to Don Townswick, director of equity strategies at investment management firm Conning, who adds that many of the stocks in the sector “are not at the levels you’d expect them to be. You really do see some good value.”

By focusing on services like its Geek Squad, Best Buy will continue to add value to consumers beyond just serving as “Amazon’s showroom,” as one analyst put it. A diverse product offering, as well as reduced competition from the likes of bankrupt RadioShack, should help insulate the company from ­e-commerce competition.

Regional U.S. banks like Citizens Financial Group (CFG) —which is trading at a forward P/E ratio of only 9—are considered a particularly canny value play. While the Providence-based financial institution was only the 22nd-­largest commercial bank in the U.S. by consolidated assets at the end of 2018, it dominates its targeted region in the Northeast—with 1,100 bank branches and 2,900 ATMs in 11 states.

Not only do regional institutions like Citizens benefit from limited to no exposure to international headwinds, but as established local players, they’re also rewarded with the kind of repeat business that’s valuable at a time when tech-oriented startup “neo-banks” are looking to disrupt the consumer banking space.

Analysts say the overall economic picture should also boost this sector. “The regional banks, as an industry group, tend to be almost entirely exposed to U.S. revenues, and they do benefit in an environment where rates tend to be stable or increasing,” Conning’s Townswick notes. He adds that while he doesn’t expect a “massive increase in rates” moving forward, the movement is likely to be “more upward than downward”—with regional banking players also benefiting from “more [customer] loyalty” than some of their larger, more scrutinized counterparts.

While homebuilding is notoriously volatile—and indeed, homebuilder stocks had a brutal 2018—the Federal Reserve’s newly neutral interest rate stance could prove a boon for the likes of Lennar (LEN). Wholly focused on the U.S. market, Lennar is one of this year’s biggest “movers” on the Fortune 500, jumping up the list by 76 spots. The company is trading at a forward P/E ratio of 9 and is also below its 52-week high set last summer.

“I think the homebuilders are very attractive right now,” says Andrew Slimmon, managing director at Morgan Stanley Investment Management. “They got absolutely crushed last year. And if you look at the history of homebuilders, when these stocks come off the mat, they don’t go up 20% or 30%—they go up a lot more.”

But Slimmon adds this industry in particular requires investors to fight their natural instincts—and have the patience to wait for bets to play out. The homebuilding industry is “very cyclical,” and investors need to get ahead of the curve.

“You cannot wait for the fundamentals for this industry to turn,” according to Slimmon. “You have to be willing to buy in when it’s not clear that things have turned and be willing to take your chips off the table when they’re looking good.”

CVS Health (CVS) reported disappointing fourth-quarter earnings earlier this year in the wake of its massive $70 billion acquisition of health insurer Aetna. (See our feature story in this issue.) But the drugstore chain rebounded nicely in the first quarter of 2019, reporting a 42% jump in profits. The company is among the more resilient players in what has been a challenging retail market at large. With the merger, CVS gains exposure to a health care sector that some analysts are overweight on—despite an upcoming election year in which some Democratic candidates are floating a Medicare for All platform that would surely cause disruption within that industry.

“You don’t know what drug is going to be the next blockbuster, but you know that it’s going to be sold through CVS,” points out Brendan Connaughton, founder and managing director of wealth management firm Catalyst Private Wealth.
With CVS’s stock trading at a forward P/E ratio of 8 and its price down considerably from its 52-week high last reached in November, there could be real upside to be found for investors.

True, no one knows how long this (already prolonged) U.S. economic expansion will last. But for now, it looks as if investors who choose wisely may enjoy a few more Glory Days.