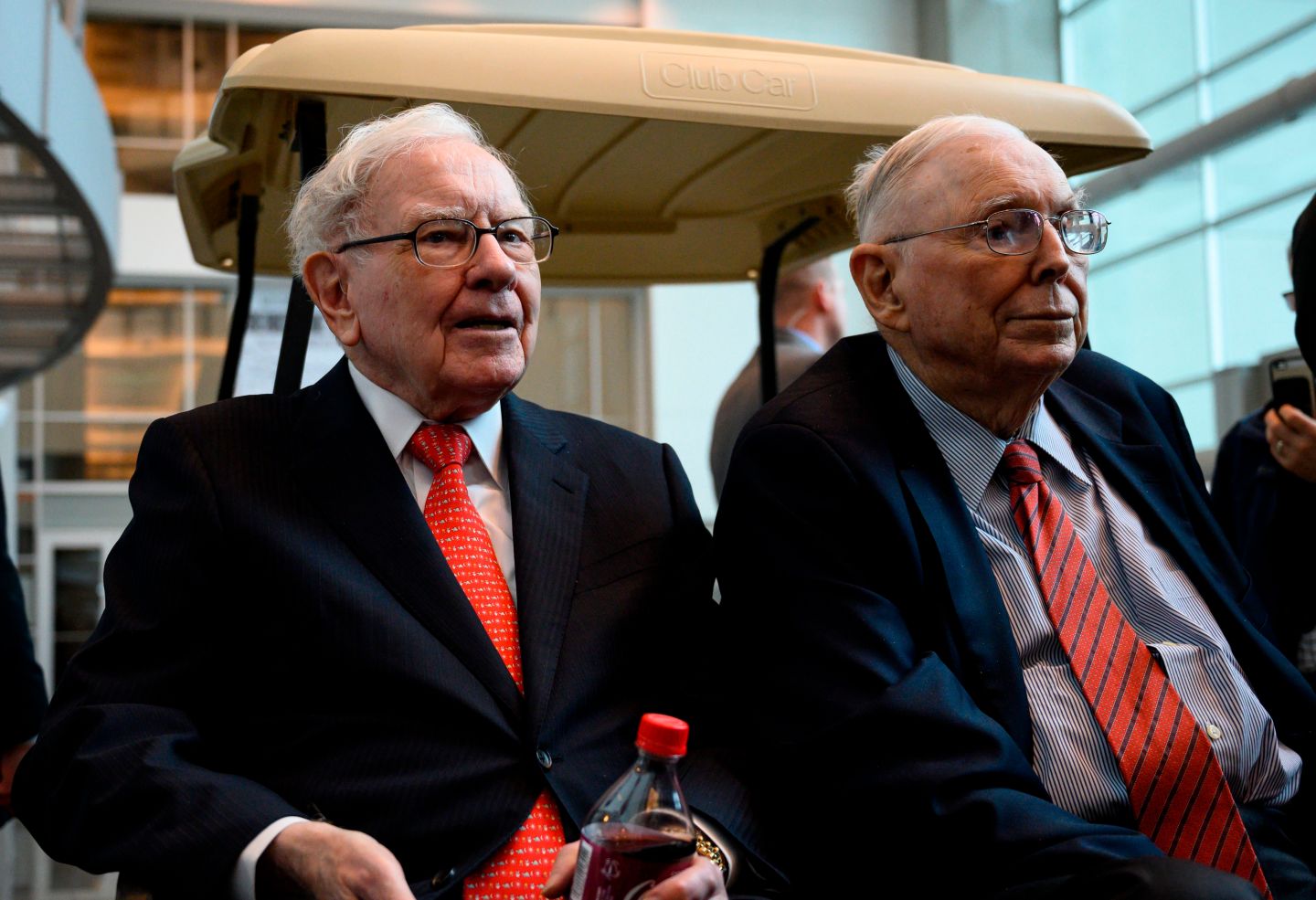 It’s that time of the year again. On Saturday, an estimated 40,000 Berkshire Hathaway investors will gather in Nebraska to hear the “Oracle of Omaha” himself, Warren Buffett, recap his holding conglomerate’s successes and cast an eye to what the future may hold.

Both Buffett and his deputy, Charlie Munger, have already made headlines this week in advance of the meeting. On Thursday, Buffett revealed that Berkshire Hathaway has purchased shares of Amazon—finally investing in a company that Buffett himself has long admired and has famously kicked himself for not betting on earlier. The news prompted Amazon’s stock to climb 3% on Friday.

Munger, meanwhile, gave an interview to the Wall Street Journal in which he defended ousted Wells Fargo CEO Tim Sloan, calling him “a very good bank lender” and saying he would “would have kept Sloan, myself, but nobody asked me.” Berkshire Hathaway, of course, is Wells Fargo’s largest shareholder, owning a nearly 10% stake in the beleaguered bank.

While the past year wasn’t a good one for Wells Fargo, it was definitely good for Berkshire Hathaway. Buffett’s conglomerate held roughly 3.5 billion shares in 48 different companies at the end of 2018, according to the most recently available data found in Berkshire Hathaway’s 13F filing with the Securities and Exchange Commission.

While the firm’s various positions have certainly changed since then (including its recent Amazon investment), the stocks that were in Berkshire Hathaway’s portfolio at the end of last year have appreciated 6.7% and delivered total returns of 8.5% over the past 12 months, according to a data analysis by Fortune. In total, the company’s year-end position across those 48 stocks is now valued at more than $210 billion as of May 2; by contrast, its various positions at the end of 2017 were value at more than $178 billion at this point last year.

Of Berkshire Hathaway’s largest holdings, none other than Apple continues to be a standout. At the end of last year, Buffett’s firm owned around 250 million shares (or a more than 5% stake) in the Tim Cook-led tech giant, whose stock has climbed 18.5% in the last 12 months and delivered a total return of more than 20%.

American Express, in which it held 152 million shares (a nearly 18% stake), has also performed exceptionally well—with its stock up 20% and a total return of 22% since Berkshire Hathaway’s last annual meeting. The same goes for Coca-Cola, which has seen its shares rise 15% in the last year and a total return of 19%; Buffett’s firm owned 400 million shares, or more than 9%, in the soft drink behemoth at the end of 2018.

Less successful among Berkshire Hathaway’s big bets has been Wells Fargo, which in the midst of an array of scandals has seen shares fall 7.5% in the last 12 months with a negative return of -4.5%. Yet no investment has hurt more than its position in Kraft Heinz; unsurprisingly, given the well-publicized issues at the food-and-beverage giant, its stock is down nearly 41% over the last year and it has delivered a negative return of nearly 38% in that time. Buffett himself admitted earlier this year that Berkshire Hathaway “overpaid for Kraft.”

Moving away from the heavy-hitters, it is some of the firm’s relatively smaller positions that have delivered the most robust returns. Take its investment in internet domain name registry Verisign, in which Berkshire Hathaway held nearly 13 million shares at the end of 2018 and which has seen price appreciation and total returns of more than 65% in the last 12 months. An even smaller position is Procter & Gamble, which has climbed nearly 49% in that time and delivered a return of almost 54%; Buffett’s firm held only 315,000 shares in the consumer goods company at year-end.

Other investments that have resulted in double-digit price appreciation and returns over the past year include STORE Capital (total return of 40%), Mastercard (34%), United Continental Holdings (30%), Visa (28%), Costco Wholesale (26%) and Delta Air Lines (14%). Meanwhile, the likes of American Airlines Group (negative total return of -19%), Suncor Energy (-14%) and Goldman Sachs (-11%) have been among the more notable underperformers.

As Buffett himself noted in his annual letter to shareholders, managing such an expansive portfolio means he “will make expensive mistakes of commission and will also miss many opportunities.” But on balance, it’s hard to dispute that the Oracle of Omaha has still got it.