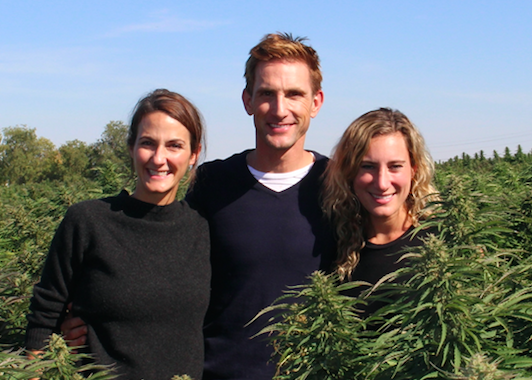 Christopher Gavigan helped build the $1 billion baby and beauty firm, the Honest Company, alongside actress Jessica Alba, by focusing on health products and consumer trust. Now, he wants to apply the same formula to the emerging market for hemp products.

On Thursday, Gavigan disclosed he has raised $3.3 million for Prima, a startup that will offer an online platform to educate people about the potential benefits of the hemp derivative CBD, and eventually sell CBD-related products.

In an interview with Fortune, Gavigan said Prima, which is being funded by the venture capital firms Lerer Hippeau and Greycroft, will help to clear up what he described as confusion surrounding CBD and other cannabinoids, which are natural compounds found in the hemp plant.

Unlike the better known cannabinoid THC, CBD does not induce a high but is believed by some to promote relaxation and provide other health benefits.

While a farm bill signed by President Trump in 2018 made clear that hemp and CBD products are not illegal substances, there is still uncertainty over how and where they can be sold. In New York City, for example, the city’s health department announced a crackdown this week on restaurants adding CBD to food and drinks.

According to Gavigan, Prima plans to work with the FDA to have CBD products labelled as a nutritional supplement.

More broadly, hemp of all kinds is rapidly emerging as a massive new industry. As a recent Fortune cover story recounted, U.S. marijuana companies have reached multi-billion dollar valuations, in part thanks to partnerships with Big Tobacco and Big Pharma.

In this context, Prima is a relative minnow though Dana Settle, a partner at Greycroft, believes the niche for trusted CBD products could be huge. According to Settle, research undertaken with the grocery store chain Albertsons suggests the market for CBD health and beauty products extend far beyond “blue state women” and have the potential to become a staple of mainstream America.