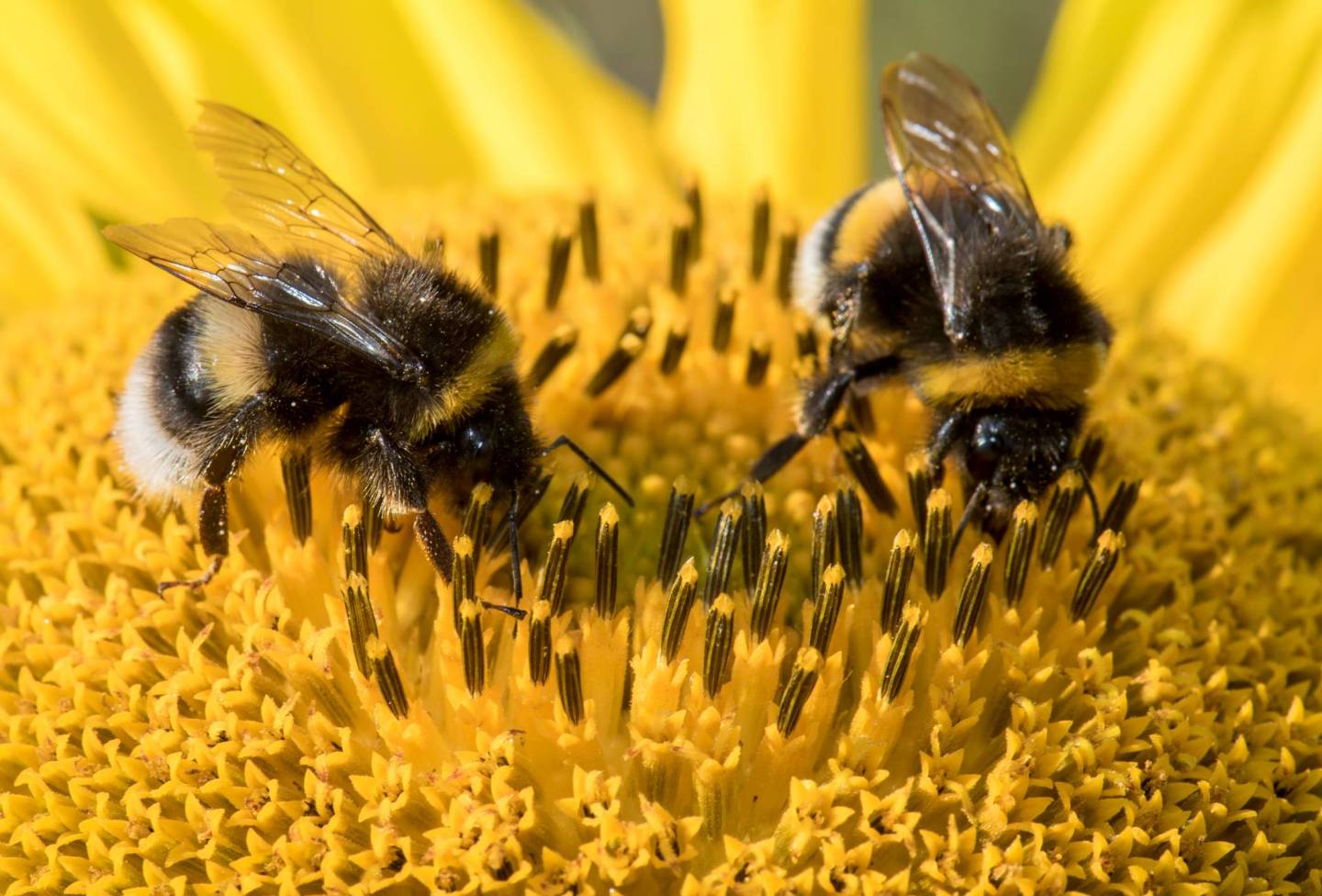 You’ve probably heard the phrase “save the bees.” Well, the bees may be saving the drones—sort of.

On Tuesday, engineers at University of Washington announced that they have designed wireless platforms to be worn by bees, in an effort to solve the issue of poor battery life on smaller drones.

Although drones have become a symbol of future technology, the limited battery life on small drones has been a constant issue. The bumblebee, nature’s flying pollinator, can stay in the air a lot longer.

The sensor package is a small rechargeable battery that lasts up to seven hours of flight and is light on the insect, weighing 102 mg or around the weight of seven grains of uncooked rice.

“We decided to use bumblebees because they’re large enough to carry a tiny battery that can power our system,” said Iyer, a doctoral student in the UW Department of Electrical and Computer Engineering in an interview with NBC News.

Gollakota said not only can the bees fly around for hour at a time, they can also sense what’s around them unlike drones.

“With a drone, you’re just flying around randomly,” he said to NBC News, “while a bee is going to be drawn to specific things, like the plants it prefers to pollinate. And on top of learning about the environment, you can also learn a lot about how the bees behave.”

Following multiple trials, the engineers track the bees through antennas and broadcast signals. And it does help that bees are always close to their hive. The bee collects data throughout its daily flight and as it returns to the hive, the battery recharges and researchers are sent the data.

The researchers think their design could also help understand the reason behind the decline in the bee population. The population of bees is rapidly decreasing, which has led to fears that without them, our food industry could be in danger.

“With the sensors, now we can understand bees’ behavior in the wild,” said Gollakota. “We can potentially understand why these bees are going extinct. Now we have a bird’s-eye view of what the bee is feeling or sensing.”

The UW engineers promise the tiny creatures are safe with their new fashionable tech. “The whole process is very simple. All we are doing is just putting on a tiny backpack, and it is very easy for these bees to carry. They go and fly around and are completely fine.”