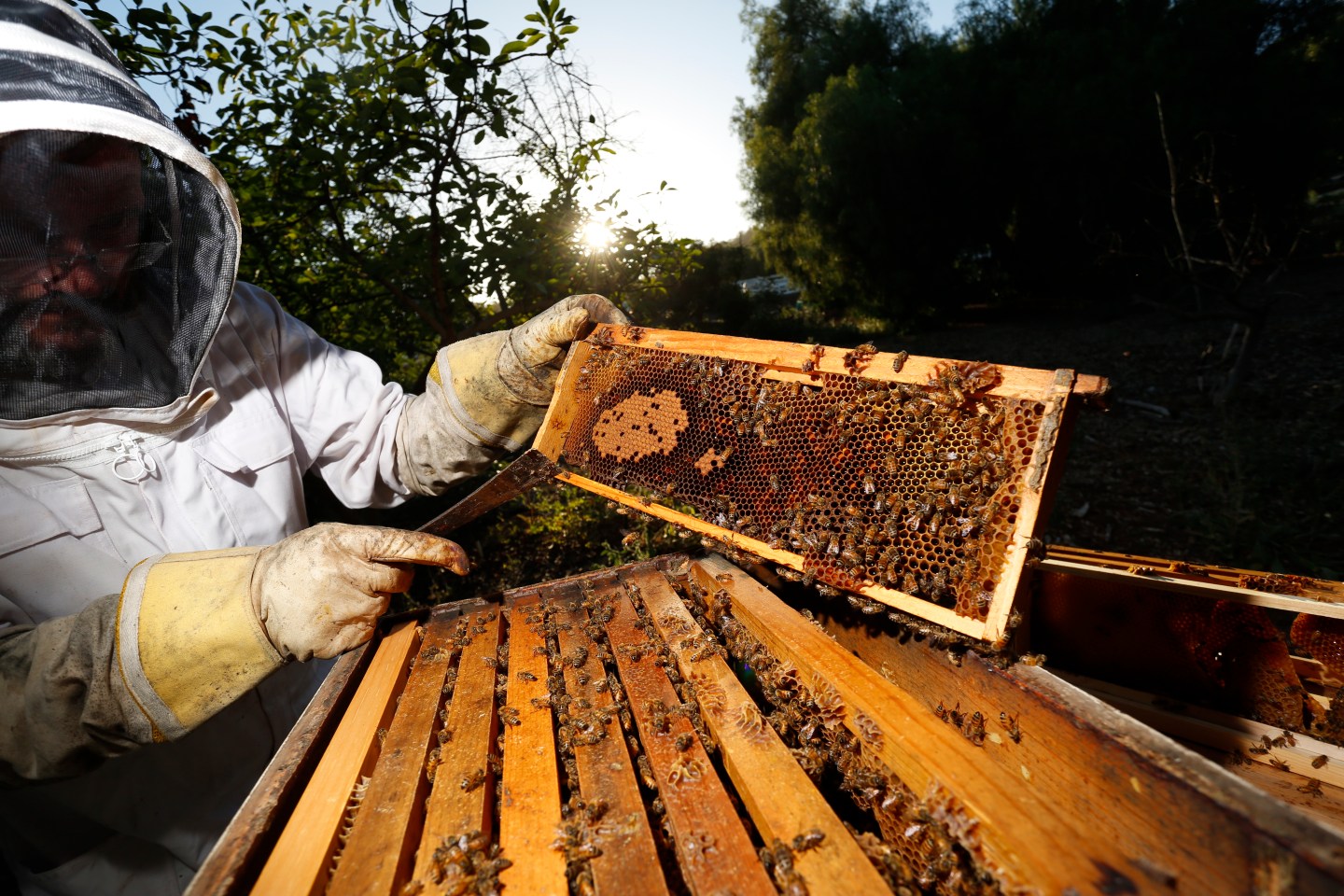 Bees and other pollinators face increasing risks to their survival, threatening foods such as apples, blueberries and coffee worth hundreds of billions of dollars a year, the first global assessment of pollinators showed on Friday.

Pesticides, loss of habitats to farms and cities, disease and climate change were among threats to about 20,000 species of bees as well as creatures such as birds, butterflies, beetles and bats that fertilize flowers by spreading pollen, it said.

“Pollinators are critical to the global economy and human health,” Zakri Abdul Hamid, chair of the 124-nation report, told Reuters of a finding that between $235 billion and $577 billion of world food output at market prices depended on pollinators.

The food sector provides jobs for millions of people, such as coffee pickers in Brazil, cocoa farmers in Ghana, almond growers in California or apple producers in China.

Ever more species of pollinators are threatened, according to the study, the first by the Intergovernmental Science-Policy Platform on Biodiversity and Ecosystem Services (IPBES) since it was founded in 2012. It was approved in talks in Kuala Lumpur.

IPBES is modeled on the U.N. panel on climate change, which advises governments on ways to tackle global warming.

“Regional and national assessments of insect pollinators indicate high levels of threat, particularly for bees and butterflies,” it said. In Europe, for instance, 9% of bee and butterfly species were threatened with extinction.

The study pointed to risks from pesticides such as neonicotinoids, linked to damaging effects in North America and Europe. But it said there were still many gaps in understanding the long-term impact.

“It’s definitely harmful to wild bees, and we don’t know what it means for populations over time,” Simon Potts, a co-chair of the report and professor at the University of Reading in England, told Reuters.

The study also said the impact of genetically modified crops on pollinators was still poorly understood.

And it said the amount of farm output dependent on pollination had surged by 300% in the past 50 years. The western honey bee, the most widespread pollinator managed by humans, produces 1.6 million tonnes of honey every year.

Still, the outlook was not all bleak. “The good news is that a number of steps can be taken to reduce the risks,” Zakri said.

Planting strips or patches of wild flowers could attract pollinators to fields of crops, and reduced use of pesticides or a shift to organic farming could also restrict the damage.

“There are some things that individuals on the ground can do,” Potts said. Smallholder farmers in Africa could let wild plants grow on part of their land, people in cities could plant flowers in their back gardens or window boxes.