Data Sheet—Maybe We Should Be Storing Everything as Plain Text 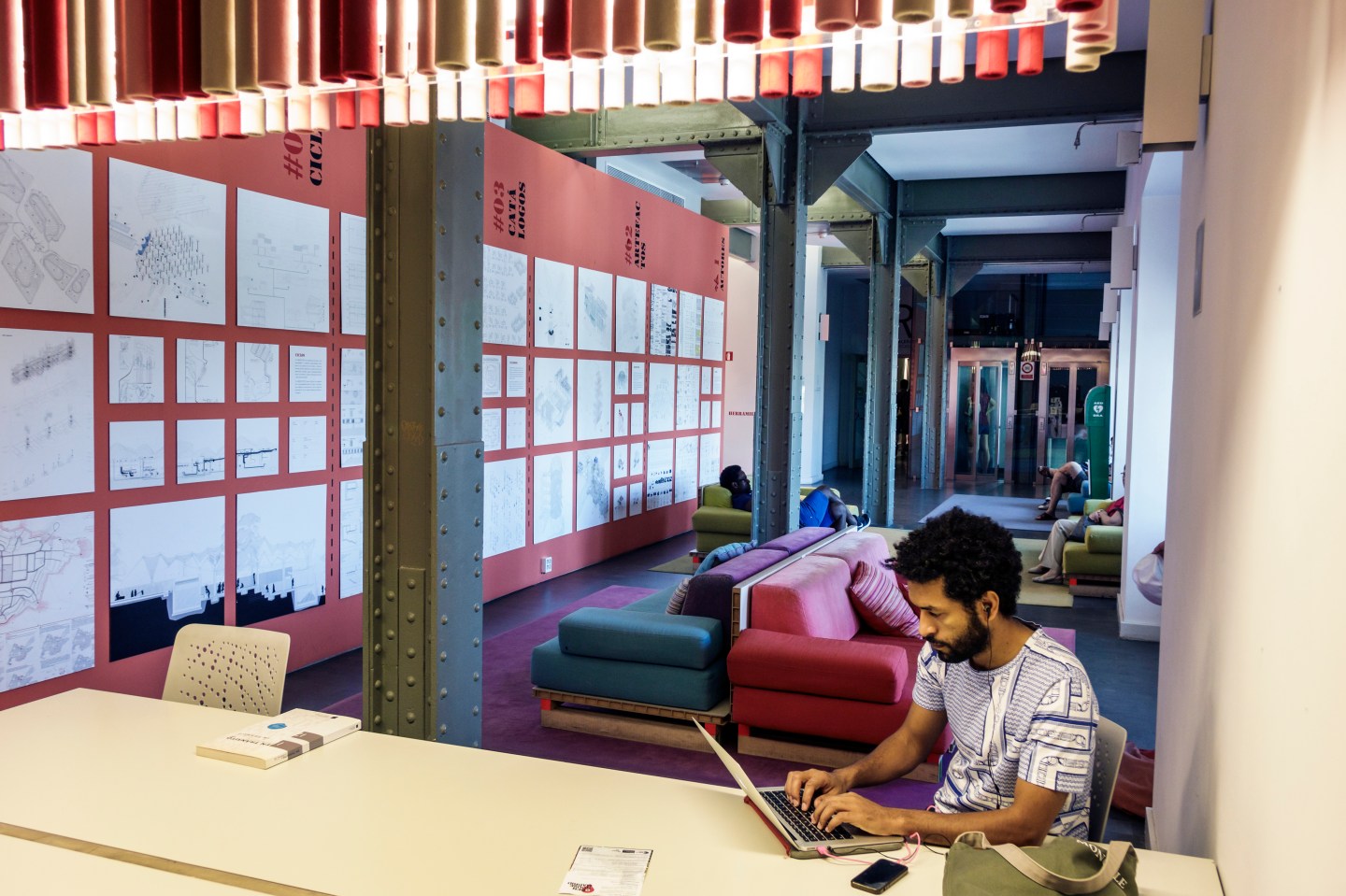 Microsoft disclosed this week that among the many improvements and highlights in its next update of Windows 10, known as Redstone 5, it is finally giving some love to the lowly Notepad app. Long forgotten in the rush to “word processors” like Word and WordPerfect, then overtaken by cloud writing tools like Google Docs, Notepad remains firmly entrenched as the most basic of text editors–and one that operates pretty much the same way it did back when it arrived in 1985.

Among the new innovations, the new Notepad will gain such cutting edge features as letting users zoom in and out to see text larger and smaller, automatically populating the find/replace search field with highlighted text, and—mirabile dictu—properly displaying lines of text that don’t fit on screen. Who would have guessed automatic word wrap was a 2018 new feature?

Some years ago, in an exercise defining what my “dream setup” might be, I wrote that I wanted “the perfect note-stashing program which could run on multiple computers and operating systems, have fantastic yet simple search and organizing features, index every word of everything saved, also be accessible on the web and automagically sync everything behind the scenes.” Shortly thereafter, Evernote hit the scene and my dreams became a reality. Nowadays, even Evernote is old hat, as it faces competition from Google Keep, Apple’s Notes, Microsoft’s OneNote, Dropbox Paper, and a million others.

But there’s a hidden downside to using most of these highfalutin note taking apps, as well as most modern word processors: proprietary data formats. Trying to find an old article I’d written in pre-Internet days recently, I was stymied by the ancient MS Word format of my 1990s era files. There are workarounds, to be sure, but maybe I would have been better off sticking to plain old text. There was even a meme that went around for a while about organizing everything into “one big text file.” Somehow I feel like the 2,959 notes I’ve saved in Evernote since 2009 would be lost in one humungous file. But maybe I should be saving more writing as plain text–for the future.

And that’s how we roll at Fortune’s daily Data Sheet newsletter: pondering multi-billion dollar mergers one day and the lowly .txt format the next. Have a great weekend.

Crunch. Wall Street really, really didn't like chipmaker Broadcom's plan to pay $19 billion for enterprise software firm CA Technologies, which Adam discussed yesterday. Analysts fell on top of each other to blast the deal and Broadcom's stock fell almost 20% at one point, before closing with a 14% loss.

State of confusion. Speaking of things we mentioned yesterday, the Federal Communications Commission did go ahead and alter its consumer comment policy in a vote at its monthly meeting. “Nothing is changing," FCC chair Ajit Pai asserted. Democratic Commissioner Jessica Rosenworcel said the new wording would “cut the FCC out of the process” of addressing informal, free complaints forcing consumers to pay $225 and file formal complaints. Stay tuned as eventually we'll see who was correct.

Try to stay out of the headlines. Another day, another Facebook data scandal—or two. Turns out a privacy loophole was allowing third parties to harvest the names of people in closed Facebook groups, including really sensitive ones like a private group for women with the BRCA gene mutation signifying a higher risk of breast cancer. Facebook said it had shutdown the leak and issued a cease and desist letter to the developer of an app for collecting the data. The social network also stepped in it during a meeting with reporters about fake news, defending its decision to allow Alex Jones' conspiracy news site Infowars to host a Facebook page. "I guess just for being false that doesn't violate the community standards," John Hegeman, who heads Facebook's news feed, reportedly said.

Contradiction. Just two weeks after allowing Disney to buy much of 21st Century Fox, the Justice Department revived its quixotic campaign to somehow block AT&T's acquisition of Time Warner. The department filed a notice on Thursday indicating that it would appeal District Judge Richard Leon's ruling permitting the merger, which was then completed last month. Legal experts don't give the government good odds of prevailing in undoing the combination of two companies that didn't compete in the first place.

Now you tell me. After six years of shrinkage, the personal computer market is growing again say market trackers Gartner and IDC. Second quarter shipments increased 3% according to IDC, which counts Chromebooks but excludes Windows tablets in its total. Or maybe it was just 1%, says Gartner, which includes Windows-based tablets but excludes Chromebooks and non-Windows tablets.

Hell for Elon Musk Is a Midsize Sedan (Bloomberg Businessweek)
On July 1, Elon Musk went home to sleep. The chief executive of Tesla Inc. had been camping out at his electric car factory in Fremont, Calif., for much of the past week. He’d been sleeping on a couch, or under a desk, as part of a companywide push to get out of what he calls “production hell” by manufacturing at least 5,000 of Tesla’s new Model 3 sedans in a week. “I was wearing the same clothes for five days,” Musk says in an interview with Bloomberg Businessweek. “My credibility, the credibility of the whole team,” was at stake.

Hunting the Con Queen of Hollywood: Who's the "Crazy Evil Genius" Behind a Global Racket? (The Hollywood Reporter)
For more than a year, some of the most powerful women in entertainment—including Amy Pascal, Kathleen Kennedy, Stacey Snider and a 'Homeland' director—have been impersonated by a cunning thief who targets insiders with promises of work, then bilks them out of thousands of dollars. The Hollywood Reporter has obtained exclusive audio recordings of the savvy imposter as victims come forward and a global investigation heats up.

Inside X, the Moonshot Factory Racing To Build the Next Google (Wired)
It’s a Wednesday in late June in Winnemucca, a solitary mining town in northern Nevada that has avoided oblivion by straddling the I-80 freeway. Along with two Basque restaurants, the Buckaroo Hall of Fame, and a giant W carved into the side of a hill, Winnemucca is the test site for Project Loon, a grandiose scheme launched in 2011 to bring the internet to huge swaths of the planet where sparse population and challenging geography make the usual networks of cell towers a nonstarter. Instead of building and maintaining earthbound structures with a range of a just few miles, Loon plans to fly packs of antenna-outfitted balloons 60,000 feet above the ground, each one spreading the gospel of connectivity over nearly 2,000 square miles.

New Yorker Writer Maria Konnikova Keeps Winning at Poker (Columbia Journalism Review)
New Yorker contributing writer Maria Konnikova has made the jump from amateur to full-time poker professional, complete with a sponsorship from the online poker site PokerStars. As PokerNews reported in May, she extended her year-long book leave from the magazine after winning more than $140,000 cash in two major tournaments this year, as well as a $30,000 credit for a future tournament. Her participation and unexpected ascension to elite poker are part of the immersive research for her upcoming book The Biggest Bluff, which includes studying and learning from professional players like Erik Seidel and Jason Koon.

Railroads, electricity, mass production. All of these innovations changed the world, but eventually receded into the background, becoming "tepid and banal," in the words of author Greg Satell. Now Satell says he sees early signs of that our era of incredible digital innovations has started an "inevitable descent into the mundane." What will come next? Something perhaps from the fields of genomics, materials science, or robotics, he writes in an essay for the Harvard Business Review. Our processes to stir innovation may need to change too, he says:

For digital technology, speed and agility are key competitive attributes. Techniques including rapid prototyping and iteration greatly accelerated development and often improved quality, because we understood the underlying technologies extremely well. Yet with the nascent technologies that are emerging now, that is often not the case.

You can’t rapidly prototype a quantum computer, a cure for cancer, or an undiscovered material. There are serious ethical issues surrounding technologies such as genomics and artificial intelligence. We’ve spent the last few decades learning how to move fast. Over the next few decades we’re going to have to relearn how to go slow again.

So while the mantras for the digital age have been agility and disruption, for this new era of innovation exploration and discovery will once again become prominent. It’s time to think less about hackathons and more about tackling grand challenges.

Google Brings Morse Code to the iPhone By Jonathan Vanian

The great purge of locked accounts on Twitter hit this week and your favorite pop stars all lost a bunch of followers. Britney Spears lost almost 4% of her flock, Lady Gaga 3%, and Taylor Swift a little more than 2%. But what of top of the Twitter charts star Katy Perry? She's still #1, even after a 3% hit, with 107 million followers. Still coming atcha like a dark horse, I guess.